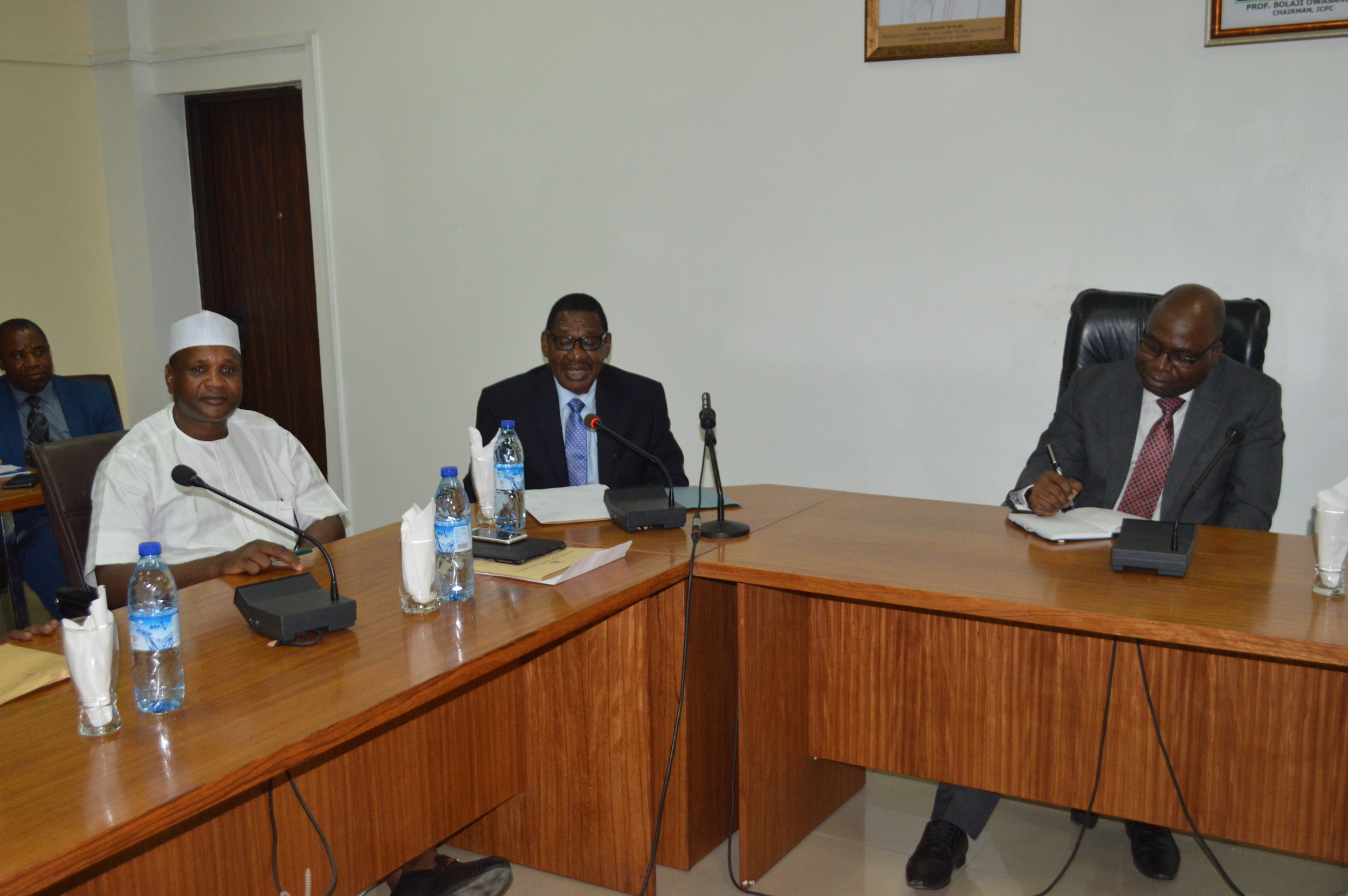 The Presidential Advisory Committee Against Corruption (PACAC), has urged the Independent Corrupt Practices and Other Related Offences Commission (ICPC) to focus on public service auditing in order to reduce cost of governance and improve efficiency.

The call was made by the Executive Secretary of PACAC, Prof. Sadiq Isah Radda, during a courtesy visit by members of the Committee to the Chairman and Board members of ICPC at the Commission’s Headquarters in Abuja.

Prof. Radda noted that it was important that the Commission paid attention particularly to the problem of ghost workers, certificate forgery among workers, cost of governance, and life style, as these impinged significantly on the performance of the public service.

In an earlier statement, the PACAC Chairman, Prof Itse Sagay, who led the team of visitors said the appointment of Prof Bolaji Owasanoye as Chairman of ICPC was an advantage to the Commission.

He described Prof. Owasanoye as a man of proven integrity, dedication, and a committed anti-corruption crusader whose appointment was a critical one to raise the bar of the fight against corruption in Nigeria.

In his remarks at the occasion, the ICPC Chairman Prof. Owasanoye who was formerly Executive Secretary, PACAC, expressed delight in receiving the team. He told the team that although he had left PACAC, he believed that the opportunity to work together would continue.

A member of PACAC, Prof Femi Odekunle, who also spoke at the event said that having Prof. Owasanoye at the helm of affairs in ICPC was a blessing to the Commission and the nation, noting that members of PACAC were soul-mates in the pursuit of integrity and the fight against corruption in Nigeria.

One of ICPC’s Board members at the occasion, Hon. Mrs Olubukola Balogun, expressed gratitude to PACAC for the visit. She promised that the Board members would work together as a team to turn the country around for the better with the cooperation and support of PACAC.