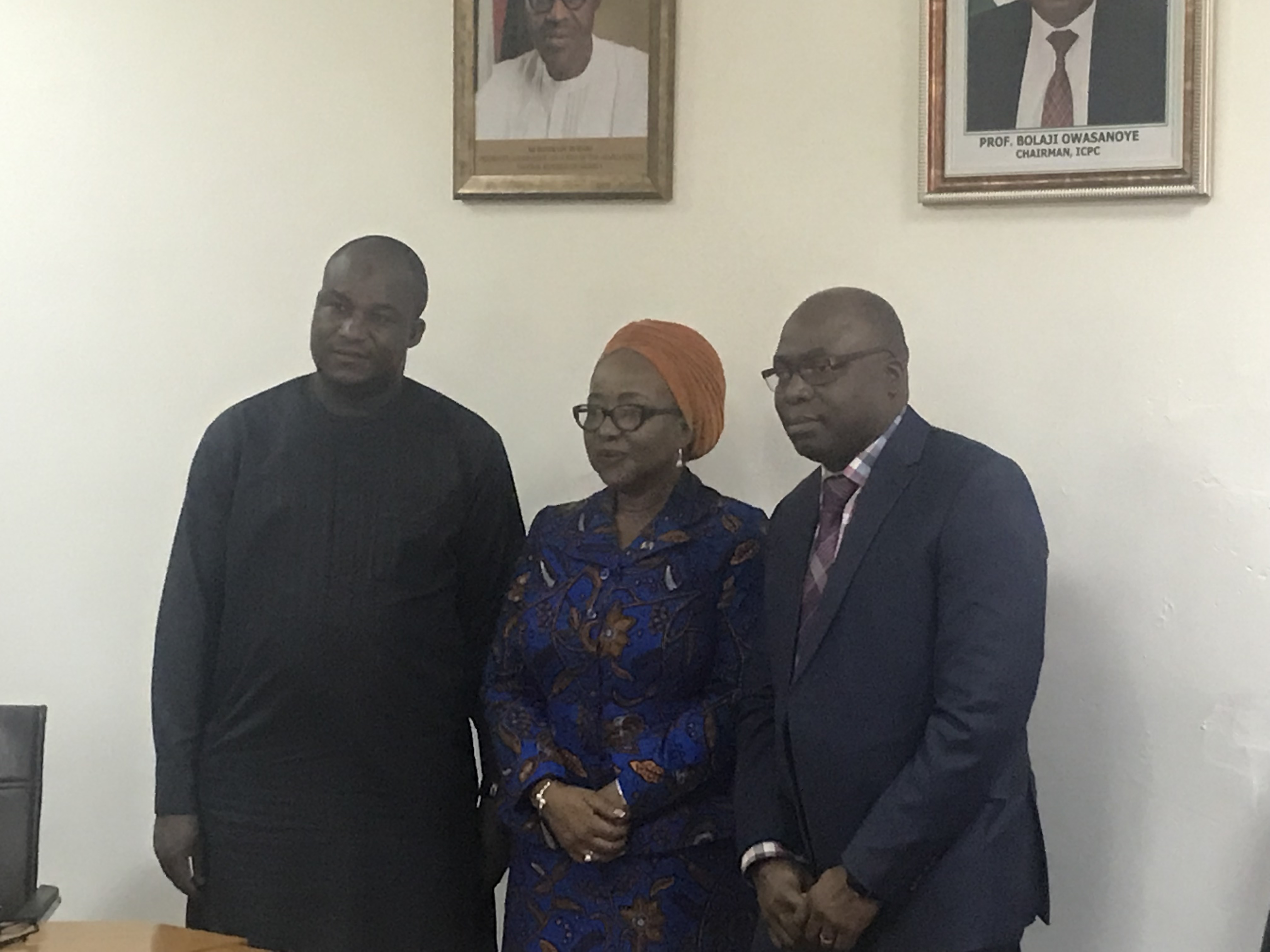 Chairman of the Independent Corrupt Practices and Other Related Offences Commission (ICPC), Professor Bolaji Owasanoye, has declared ICPC’s willingness to partner with the Pension Transitional Arrangement Directorate (PTAD), to curtail the activities of pension fraudsters.

Professor Owasanoye was speaking during a courtesy call by the Executive Secretary of PTAD, Mrs. Sharon Ikeazor at the ICPC headquarters in Abuja, recently.

The ICPC Chairman revealed that one of the innovations of the Commission since his assumption of office was the putting up of information on the Commission’s website to serve as a guide to the public on the kinds of matters that should be reported to it, so that some of the issues that are supposed to be handled by PTAD go to them directly via a link to their website.

He explained that by clicking on the petition dropdown menu of ICPC’s website, PTAD is one of the links displayed which the public could use to send petitions, complaints or comments on petition matters directly to them.

He expressed his concern that pension phone scam – a type of pension fraud perpetrated through the use of mobile phones – had become a very big challenge to the society, and that he would therefore like ICPC and PTAD to really work hard together to tackle the menace.

Earlier in her remarks, the Executive Secretary of PTAD, had stated that the essence of the visit to ICPC was to share ideas and express some of her agency’s concerns in terms of the fraud that they come across in the discharge of their duties, perpetrated by fraudsters, and sometimes by the pensioners themselves or their next-of-kin.

Ikeazor praised ICPC for its unflinching support during field verification exercises. ”Ever since my assumption of office, each time we go for field verification, I always request from ICPC to have your operatives present to monitor us and at the same time monitor and curb the fraudsters and I would say it has been a fruitful partnership”, she said.