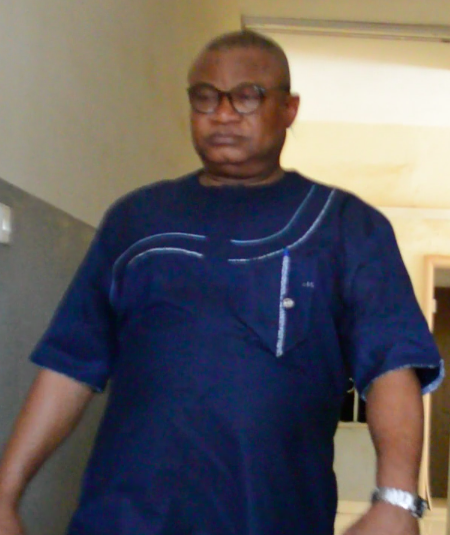 A Director in the Federal Ministry of Education, Mr. Victor Igboanugo, has been arraigned by the Independent Corrupt Practices and Other Related Offences Commission (ICPC) over alleged contract frauds to the tune of N162m, and ownership of property valued way above his legitimate income.

Mr. Igboanugo, who had worked at various times in the Ministries of Environment and Niger Delta Affairs is facing a 17-count charge before Justice V.B. Ashi of the Federal Capital Territory (FCT) High Court 23, Apo, Abuja.

The charge, which borders on abuse of office and conferring undue advantage upon himself, amongst others, contravenes sections 10, 12 and 19 of the Corrupt Practices and Other Related Offences Act, 2000 and punishable under the same sections.

ICPC counsel, Henry Emore, told the court that Mr. Igboanugo, while being the Secretary of the Ministerial Tenders’ Board at the Ministry of Environment, facilitated the award of multiple contracts to private companies where he held personal interests.

The court also heard that the accused, while acting as a Deputy Director of Procurement at the Ministry of Niger Delta Affairs, bought a property in the United States of America for $140, 000, a sum way above his legitimate income.

He was further accused of receiving N20 million kickbacks through one of his companies, Phinavic Ventures Ltd, from the Chief Executive Officer of Lufem Engineering Ltd, Mr. Asiwaju Adekanbi Femi, after the award of contract for the construction of a skill acquisition centre.

Part of the charge reads; “That you Engr. Victor Igboanugo (M) sometime in October, 2008 or thereabout at Abuja, Federal Capital Territory while being a public officer used your position as Deputy Director and Secretary of the Ministerial Tenders’ Board of the Federal Ministry of Environment to confer corrupt advantage upon yourself by awarding a contract for the construction of  three bedroom semi-detached bungalow at Prototype Housing Scheme, Asaba, Delta State to your company, Echedom Technical & Trading Co. Ltd for a contract sum of Ten Million Five Hundred Thousand naira only (N10,500,000:00) and you thereby committed an offence punishable under Section 19 of the Corrupt Practices and Other Related Offences Act, 2000.”

The defendant pleaded not guilty to the 17-count charge leveled against him and the defence counsel put in their application for bail which was not opposed by the prosecution.

Justice Ashi, granted the accused bail in the sum of N2 million with one surety in like sum who must be an officer not below Grade Level 14 in the Federal Civil Service. He also ordered the accused to submit his international passport to the court registrar.