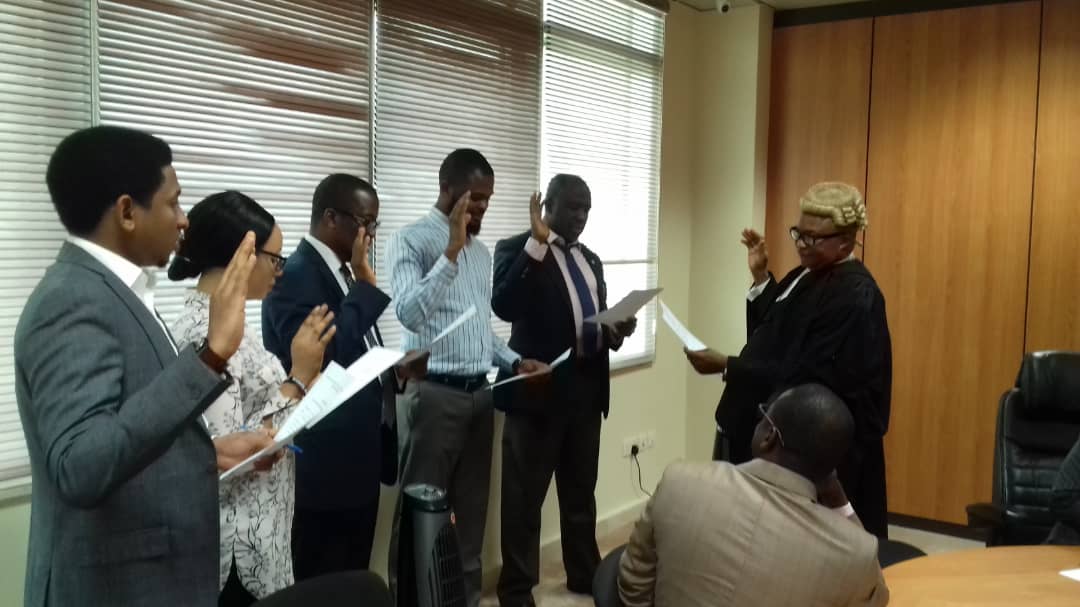 Knowing the importance of efficient generation and distribution of electricity in the developmental aspiration of Nigeria, the Independent Corrupt Practices and Other Related Offences Commission (ICPC), is poised to make a positive impact in one of the critical components of the supply chain, the Nigerian Bulk Electricity Trading, Plc. (NBET).

In an effort to fulfil its preventive mandate of identifying corruption-prone areas and ensuring that systemic corruption is adequately checked and prevented in Ministries, Departments and Agencies (MDAs) nationwide, ICPC has inaugurated an Anti-Corruption and Transparency Monitoring Unit (ACTU) for NBET to enable it effectively discharge its mandate of facilitating the transfer of power from generating companies (GENCOs) to distribution companies (DISCOs).

The inauguration ceremony featured the swearing-in of a chairman and four members for the company’s ACTU.

Giving a keynote address at the occasion, the ICPC Chairman, Prof. Bolaji Owasanoye who was represented by Mr. Justin Kuatsea, Assistant Commissioner, Corruption Monitoring and Evaluation Department, noted that the NBET mission statement which is: ‘’To be efficient and effective catalyst for investment into the Nigeria electricity market by ensuring transparency and guaranteeing payment cannot be achieved if accountability is not assiduously and tenaciously entrenched in the procedure, guidelines, processes and extant rules of the organization”.

Speaking further, the Chairman said that ACTU should operate as an autonomous unit, with a functional linkage with the office of the Chief Executive of the organization, and that the independence and protection of the unit should be guaranteed by the organization for effective discharge of its mandate. “This unit therefore, will need the unalloyed and strong support of the management in the fight against corruption”, he added.

He also pointed out that the executive members of the unit would hold office for a period of three years.

While highlighting the powers and functions of ACTU, Prof Owasanoye said it “shall perform all the duties detailed in Section 6 (a) – (f) of the Corrupt Practices and Other Related Offences Act 2000, with the exception of prosecution, which is an exclusive reserve of the Commission”. He called on the unit members to report all alleged cases of corruption to the Commission, monitor reports, and provide advice with respect to compliance with the provisions covering behaviors that border on corrupt practices as contained in sections of the Act, 2000.

Mr. Ifeanyi Obialor, an Assistant Chief Superintendent, Corruption Monitoring and Evaluation Department, ICPC, administered the oath of allegiance to the members of the ACTU.

In her own remarks, the Managing Director/CEO of NBET, Dr. Marilyn Amobi thanked ICPC for making the occasion a reality and pledged the company’s cooperation with the Commission in order to stamp out corruption within and beyond her organization.

PrevPreviousKawu, others to Appear in Court over N2.5bn Fraud – ICPC
NextICPC to Appeal Ruling on Gwarzo’s CaseNext