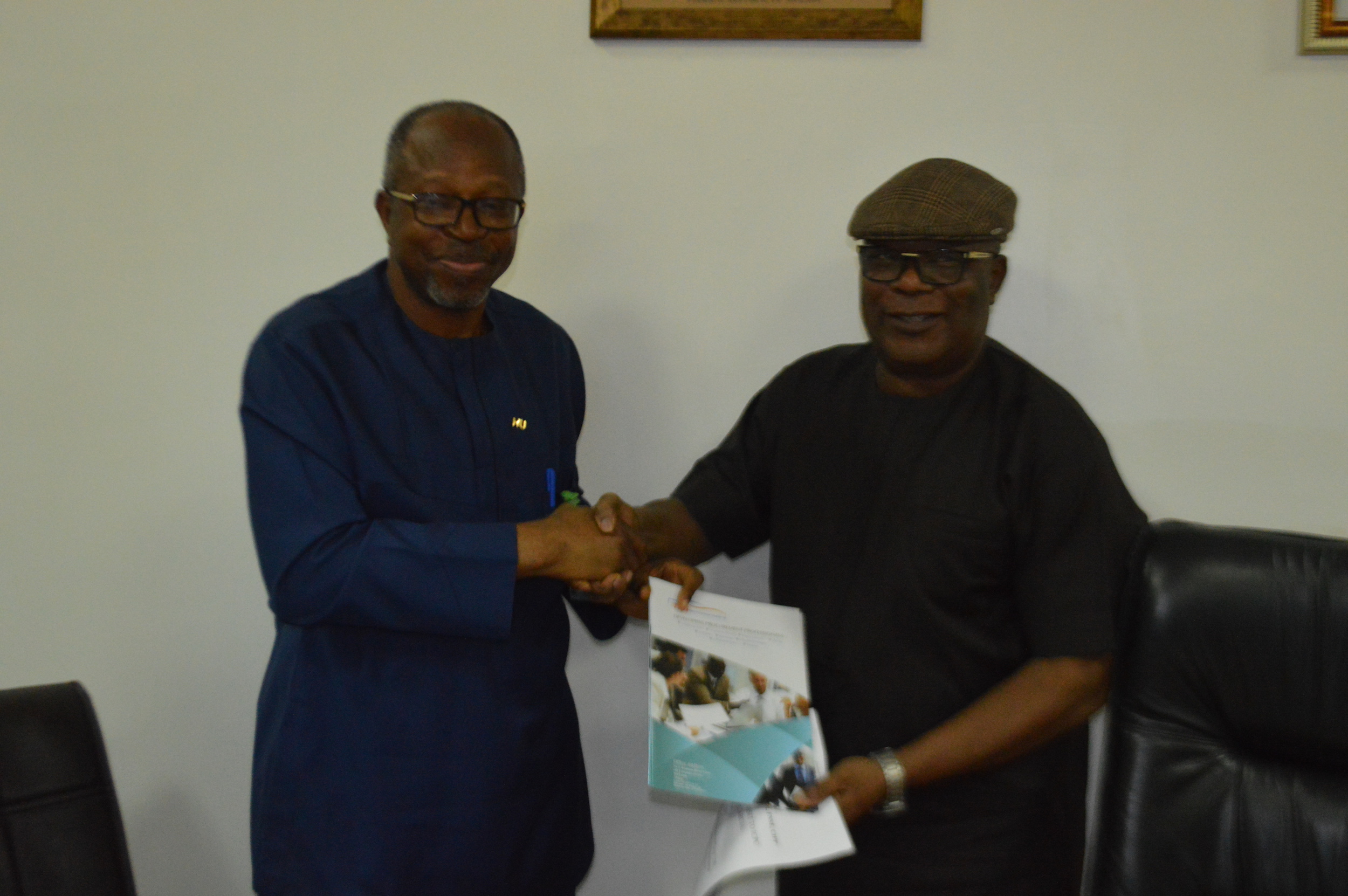 Chairman of the Independent Corrupt Practices and Other Related Offences Commission (ICPC), Professor Bolaji Owasanoye, has charged procurement officers to always act in accordance with relevant laws and regulatory guidelines to ensure transparency.

Professor Owasanoye who was represented at the event by a Member of the Board of the Commission, Mr. Titus Okolo, gave the charge while speaking to trainees of Tabriz Procurement Solutions Ltd (TPS), who were on a one-day training tour to the ICPC headquarters in Abuja, recently.

He said for them to uphold integrity in the execution of their duties, it was important for them to, at all times, say no to doing anything unlawful or beyond their authority.

Making a presentation at the event, ICPC’s Head, Legal, Mr. Henry Emore, who gave highlights of procurement cases being prosecuted by the Commission told the trainees that the position they occupy as procurement officers was “powerful”, while noting that most of the corruption perpetrated in the public service, including contract inflation, was procurement-related.

He therefore advised them to always adhere to public procurement guidelines in order to avoid a collision with the law.

Mr. Emore told them that under the Corrupt Practices and Other Related Offences Act, 2000 to receive kickbacks and to award a contract to a company where one has interest were punishable offences.

He buttressed his advice and admonishments by citing examples of cases involving some government officials that ICPC was already prosecuting in courts on such grounds.

The Head, Legal told them that there were companies with fake registration, fake tax clearance, and other fake documents that procurement officers should always be wary of before awarding contracts.

Dr. Onyilimba Anthony, Head of Procurement Unit of ICPC who presented a paper titled: “How to Handle Pressure, Avoid Pitfalls and Serve with Integrity in the Procurement Schedule”, told the participants that it was expected that the conduct of any officer, official, public servant involved in procurement, should at all times be governed by the principles of honesty, accountability, transparency, fairness and equity.

Dr. Onyilimba also said it was imperative that procurement policies should be strictly adhered to by officials so as to get value for money.

Dr. Onyilimba rounded off by saying:”There is the need for all hands to be on deck in the fight against corruption, as the fight should no longer be left for the anti-corruption agencies alone”.

Earlier in his remarks, Engr. Emeka Ezeh, pioneer Director-General of Bureau of Public Procurement (BPP) and Chief Executive Officer of TPS said that the vision for setting up TPS was to give back to society by employing the expertise he had gathered over the years in training the next generation of public procurement officers who would continue to preach transparency in the public procurement process, thereby setting the country on the path of national advancement.

He noted that ICPC and the Economic and Financial Crimes Commission (EFCC), were specifically mentioned in the Public Procurement Act as the relevant investigative bodies to investigate and prosecute if offences are committed.

Speaking further, Engr. Ezeh also stated that part of the reason for the visit included exploring avenues of partnership with the Commission in order to build the technical capacity of not only the procurement staff of ICPC, but also the investigative officers of the Commission who would need to be equipped with the requisite skills for the analysis of the avalanche of confidential documents they encounter in the course of their work.

“Our country is at a critical stage in its quest for national development; there is an increasing need to ensure that our processes meet best global practices. Every public officer has a role to play in achieving this objective”, he concluded.

PrevPreviousHon. Hannatu Mohammed is Eminently qualified to be a Member of ICPC Board.
NextFighting Corruption Should Start From HomeNext