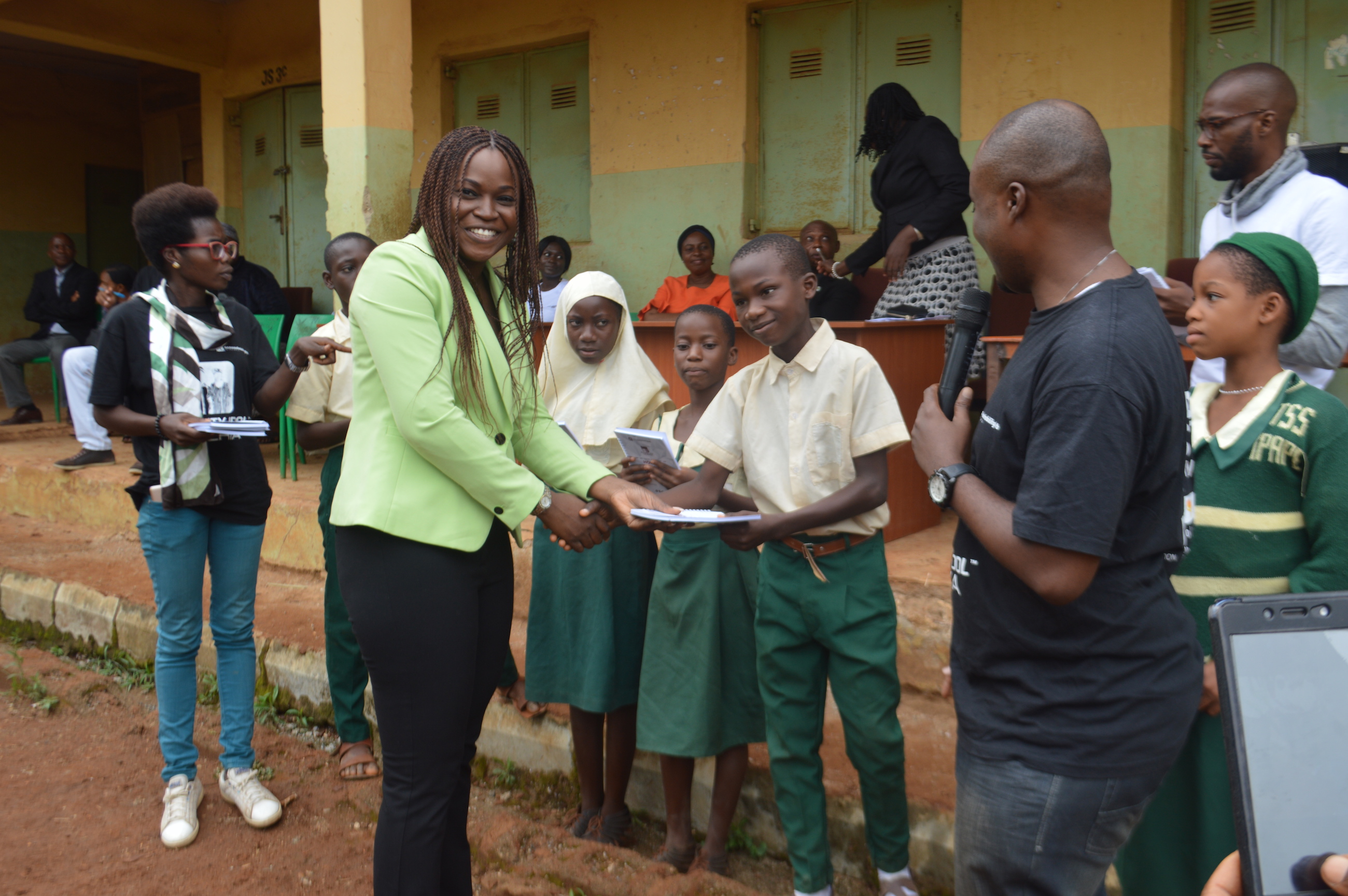 The Integrity Idol of 2017, Dr. Mrs. Nuzo Eziechi, has urged students of Junior Secondary School, Mpape in the Federal Capital Territory, Abuja, to be good ambassadors of the Independent Corrupt Practices and Other Related Offences Commission (ICPC).

Mrs. Eziechi, who was crowned by a non-governmental organisation, Accountability Lab Nigeria (ALN), as the winner of year 2017 Integrity Idol award, made the call while making remarks at a sensitization programme for students of the school recently.

She had won the award which is an initiative of ALN with support from MacArthur Foundation. The award identifies persons of integrity based on confidential recommendations from others who have observed the behavior of the nominee over time.

Speaking to the students during the programme organized by the Education Department of ICPC as part of its engagement with members of Students Anti-Corruption Club (SAC), the integrity idol challenged the students on the need to personalize the fight against corruption in line with the efforts of ICPC.

According to her: “We are all gathered here today to practically task ourselves on what we should be doing to kill corruption before it kills us. As students, you are the future leaders, avoid all vices such as examination malpractice and drugs abuse; you should be good ambassadors of ICPC.”

Dr. Ezieche explained that victory against corruption could not be achieved in one day, and therefore urged the students to “sustain the anti-corruption campaign all through their lives”

Earlier, Mrs. Ese Okwong of ICPC had cautioned the students on the need to be wary of modern technology-driven vices, while urging them to be upright and dedicated to their studies.

In her words: “It is common knowledge that mobile devices are handy tools for examination malpractice nowadays. As members of SAC, you should understand that a corrupt mind is a debased mind. I therefore urge you all to note that any form of unlawful behaviour is corruption; be patriotic and shun all forms of corruption. Be a living example to others,”

Earlier in his welcome address the club President, Dominic Okoh, a fourteen year-old JSS3 student, had commended ICPC for driving the youth mobilization activities into rural public schools, rather than focusing on elitist schools in city centres alone.

Okoh noted that despite the logistical and other obvious challenges in accessing rural environment, ICPC always defied all manner of odds to reach the grassroots.

He went further to praise the Commission thus: “I want to use this opportunity to commend ICPC for hosting our club during an excursion visit to the Commission early this year and for honoring our school with its presence here today. This is a confirmation of how determined ICPC is in carrying the youths along in the fight against corruption,”

Also speaking at the occasion, the Vice Principal Administration, Mrs. Patience Ejitagho, who could not hide her excitement, commended the Commission for complementing the efforts of teachers through the infusion of the National Values Curriculum in children’s education and the establishment of SAC.

She said, “Infusing the right attitude and values in students as part of the teaching curriculum will go a long way to reduce the incidence of corruption in our society.”

SAC is one of the platforms of ICPC for involving students across the country in the anti-corruption campaign.  The club teaches its members positive values, self-pride, respect for constituted authority and integrity.