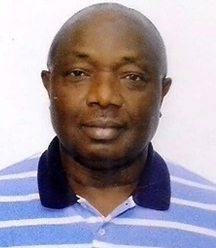 A banker, Remijus Ukwu, has informed a Federal High Court, Abuja, how part of the N2.5 billion ‘seed grant’ for Digital Switch-Over programme of the Federal Government was allegedly misapplied by the Chairman of Pinnacle Communications Limited, Lucky Omoluwa.

Omoluwa is one of three persons facing a 12-count charge of fraud, money laundering and abuse of office with the Director General of the National Broadcasting Commission (NBC), Ishaq Moddibo Kawu, and Dipo Onifade before Justice Folashade Ogunbanjo-Giwa.

They are being accused by the Independent Corrupt Practices and Other Related Offences Commission (ICPC).

At the resumed hearing, Ukwu, who is a Compliance Officer with Zenith Bank Plc, told the court that Omoluwa, who is the sole signatory of Pinnacle Communications Limited account, fixed N1.5 billion, out of the seed grant money in a fixed deposit account with the bank.

The witness, who was led in evidence by Counsel to ICPC, Henry Emore, also informed the court that N167 million of the grant was transferred by Omoluwa to one Daura Salisu Mamman.

Further testimony from the banker showed other details of cash transactions in several millions of naira from the company’s account such as cheque payments and transfer of funds to other peoples’ accounts between 2nd June, 2017 when the N2.5 billion was paid and 14th June, 2018.

The transactions included the transfer of N100 million to Onifade, followed by two other cheque payments of N10 million each, to him on December 8th, 2017 and 19th, February 2018.

Counsel to Omoluwa, Alex Iziyon (SAN), during cross-examination of the witness, asked if the document from which he gave testimony was generated by the bank.

The case was then adjourned to 26th June, 2019 for continuation of hearing by the trial judge after the witness was discharged.