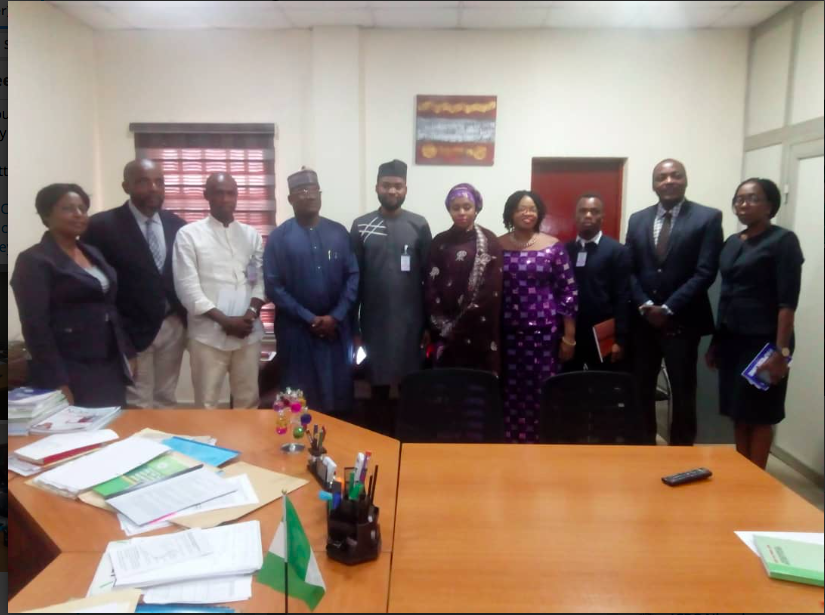 ICPC to Partner PRIMORG in Campaign against Corruption

The Independent Corrupt Practices and Other Related Offences Commission (ICPC) and the Progressive Impact Organisation (PRIMORG) for Community Development have agreed in principle to join efforts together in pursuit of anti-corruption enlightenment and advocacy amongst Nigerians.

The understanding came up as a result of a courtesy visit by PRIMORG officials led by its Executive Director, Agbonsuremi Okhiria, to the headquarters of ICPC in Abuja recently.

Mr. Okhiria, in stating the objectives of the visit to the ICPC Chairman, Professor Bolaji Owasanoye, who was represented by Hon. Dauda Yahaya Umar, said that his organisation intended to establish a formal relationship with the Commission in the areas of publicizing its anti-corruption efforts, and ensuring that corruption issues thrown up receive sustained attention until resolved.

He added that as a media veteran, his organisation had syndicated programmes running on several radio stations across the country which the Commission could leverage on with content to create more awareness about the anti-corruption effort and its activities.

In his response, the ICPC Chairman expressed profound delight with the energy and commitment displayed by the visitors in seeking partnership with ICPC. He noted that “fighting corruption is not for the President, ICPC or anti-corruption agencies only; but is for all. Therefore, offers of partnership by well-meaning non-governmental organisations (NGOs) and such other organisations are always welcome as long as the NGOs register with our National Anti-Corruption Coalition (NACC).”

“It’s the first step towards our collaboration”, he explained, while assuring them of the Commission’s commitment to granting their request.

He also informed them that at the conclusion of the partnership arrangement with the Commission, they would be required to play a key role in sensitizing Nigerians on some of ICPC’s game-changing initiatives, one example of which is the Constituency Projects Tracking, to create a better society for Nigeria’s youth and the nation at large.

On her part, Hon. Hannatu Muhammed, an ICPC Board Member, emphasized the merit of mobilizing the youths to contribute to the anti-corruption effort and nation-building in general, and urged the visitors to pay particular attention to that.