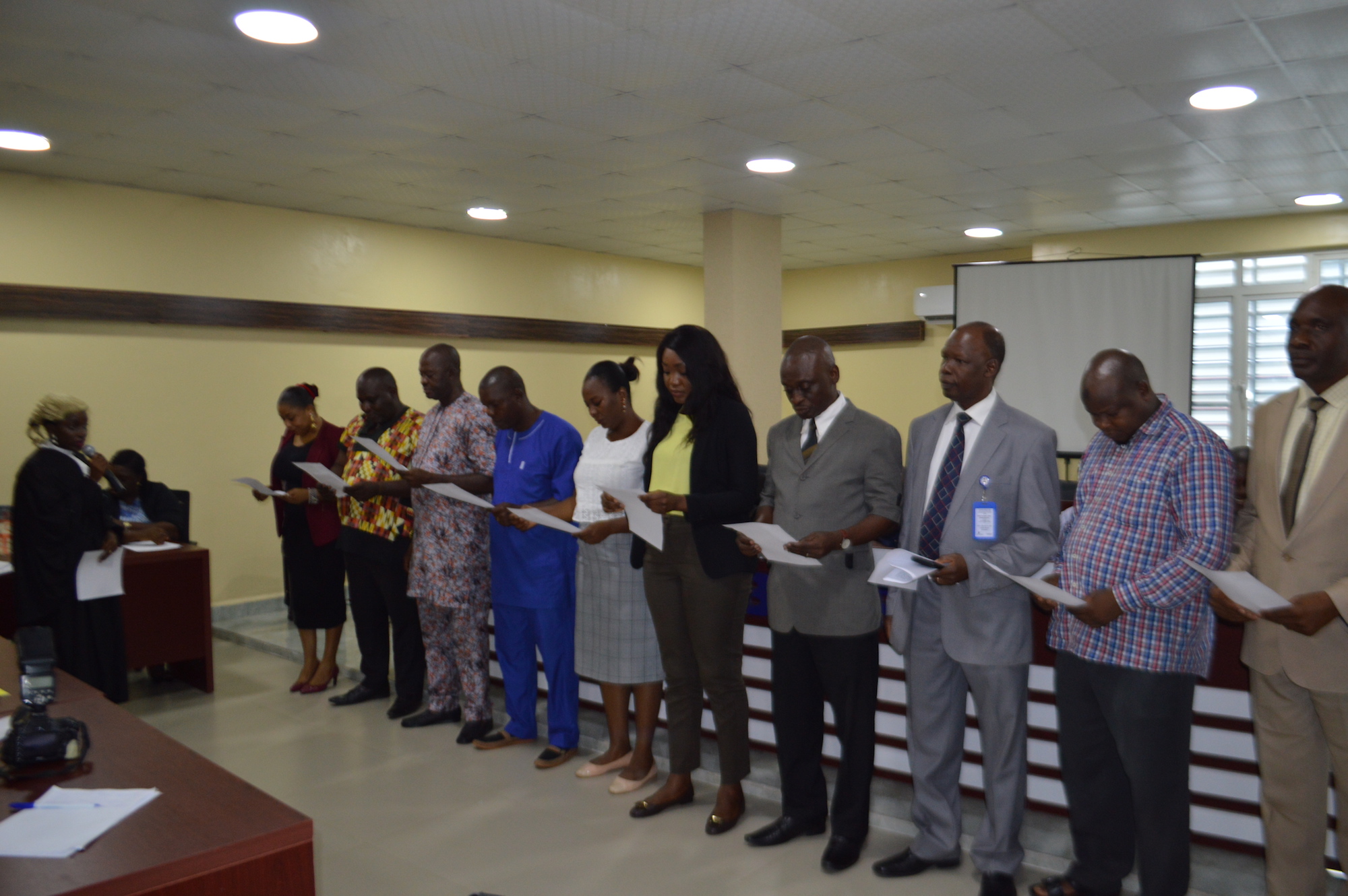 “ICPC’s ACTU Initiative: a Huge Step in the Right Direction”

In a demonstration of enthusiasm and a show of commitment to the anti-corruption drive of the federal government, the Anti-Corruption and Transparency Unit (ACTU) initiative of the Independent Corrupt Practices and Other Related Offences Commission (ICPC), has been described as a huge step in the right direction.

This view was expressed by the ACTU Chairman of the Nigerian Building and Road Research Institute (NBRRI), Mr. Edwin Ezeh, while making his inaugural speech at a swearing-in ceremony and induction of Unit members by ICPC officials recently at NBBRI headquarters, Abuja.

Mr. Ezeh who noted that corruption had become endemic in our society, acknowledged previous attempts by different governments to stem its tide. He commended the ICPC saying: “one huge step taken in the right direction towards the fight against corruption, is the ICPC’s request to the Executive arm of government to establish ACTU in Ministries and other Government establishments . . .”

Speaking further he praised the Buhari administration for its public service initiatives against corruption. According to him, “That the present political regime mustered the courage and sustained ACTUs across Ministries, Departments and Agencies, as well as sustaining the Treasury Single Account policy, deserves commendation.”

Earlier in his welcome remarks, the Director General (DG) of the Institute, Professor Samson Duna, had pledged support for the anti-corruption programmes of the federal government and commended ICPC for empowering government establishments to “walk-the-talk in fighting corruption and institutionalizing integrity in their affairs”.

He said “NBBRI under my administration is committed to due process, transparency and fiscal discipline. We are firmly aligned to the federal government policy on anti-corruption. Thus, the NBRRI ACTU that is about to be inaugurated by ICPC today, will work to maintain the existing zero tolerance for corruption in NBBRI.”

The Chairman of ICPC, Professor Bolaji Owasanoye, who was represented at the occasion by Mr. Emmanuel Dio of Corruption Monitoring and Evaluation Department, urged the newly inaugurated ACTU officials to consider their appointment as an opportunity to contribute to the task of nation-building, while warning that they should not abuse the powers conferred on them.

“It is my belief that the inauguration of ACTU in this Institute will go a long way in meeting government’s expectation of eliminating corrupt practices in all its establishments”, he assured.

The eleven-man ACTU has Mr. Edwin Ezeh as chairman, while Ms. Gloria Ikoyi is secretary.