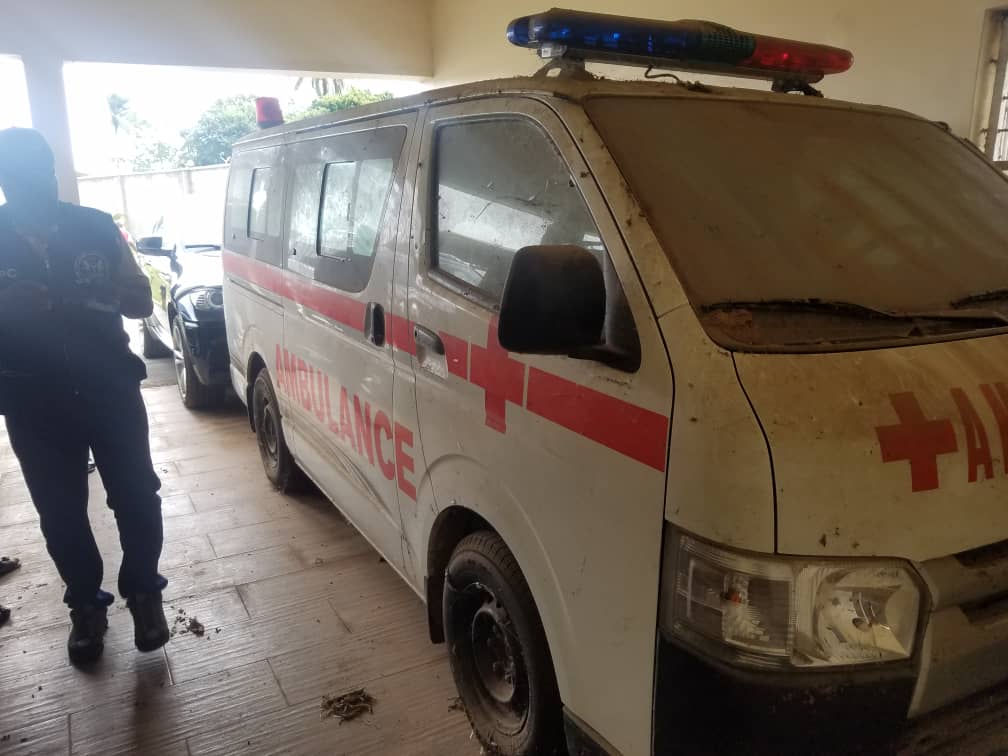 ICPC found unopened equipment and supplies in the hospital building which had become overrun by bushes. ICPC traced the ambulance to Hon. Iriase’s compound who explained that the vehicle had been kept there to avoid being vandalized as the State Government was yet to commission the hospital for use. He revealed that keys to the ambulance were with the community elders. ICPC collected the keys from the elders and got intelligence on ambulances that had in previous years been carted away under another project by government officials.

ICPC recovered two more ambulances from a retired hospital matron who has since made statements to the Commission in the process of likely enforcement action.

To facilitate the commissioning of the hospital and relieve the Otuo Community of the decades-long anguish of not having a nearby medical facility, ICPC has held a meeting with the Permanent Secretaries of Edo State Ministry of Health and Edo State Health Management Services, Chairman and Secretary of Owan East LGA at its headquarters in Abuja.

Arising from the meeting, a Memo has gone to the Edo State Executive Council requesting expeditious commissioning of the hospital.

The ICPC CPTG exercise has again recorded another victory in ensuring that ordinary Nigerians get the benefits of good governance as intended by the Federal Government.