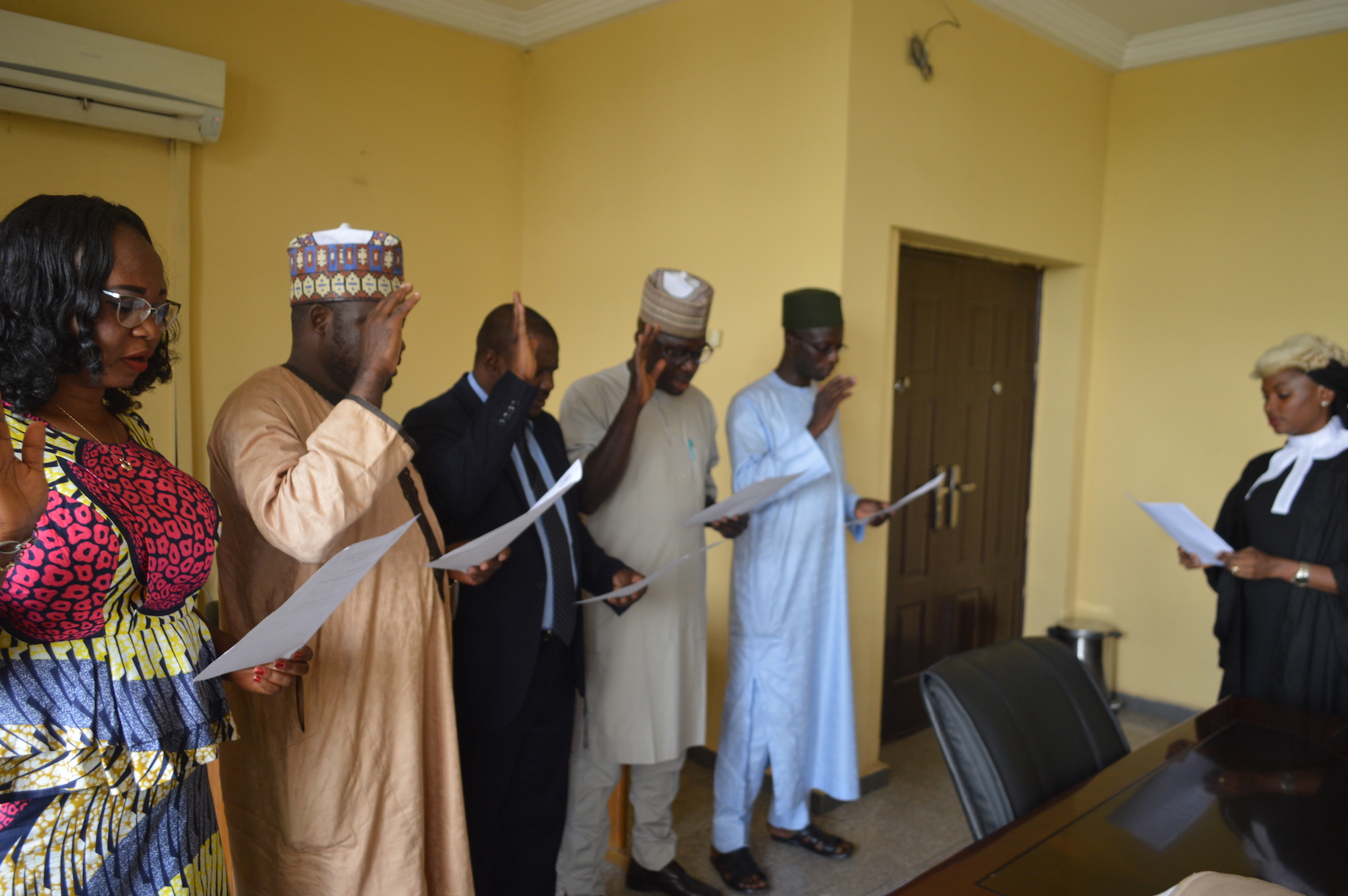 In line with the Federal Government’s drive to diversify Nigeria’s economy by laying emphasis on the resuscitation of the Agricultural sector, certain government agencies in the sector are being repositioned for effectiveness and efficiency.

One of such is the Agricultural Research Council of Nigeria which recently had an Anti-Corruption and Transparent Unit (ACTU) established in it by the Independent Corrupt Practices and Other Related Offences Commission (ICPC),

The ACTU is one of ICPC’s corruption prevention strategies for Ministries, Departments and Agencies of Government.

During a brief ceremony to inaugurate the members of the unit Chairman of ICPC Prof. Bolaji Owasanoye, said ACTUs in MDAs serve as worthy instruments for ICPC in the fight against corruption in the public service and so far the Commission had not had cause to regret coming up with the initiative.

Prof. Owasanoye who was represented by the Assistant Commissioner, Justin Kuatsea, of Corruption Monitoring and Evaluation Department of ICPC at the inauguration, added that he was of the firm belief that the unit would help establish processes that are transparent, accountable and free of unethical practices in the Council.

He urged the newly appointed members to work hard and showcase high ethical standards worthy of emulation, noting that ICPC would be engaging with the unit in areas that border on vulnerabilities to corruption, strengthening anti-corruption practices, and entrenching transparency and accountability in the agency.

Earlier the Executive Secretary Prof. Garba Hamidu Sharubutu who was represented by the Director, Plant Resources Department, Yarama D. Ndirpaya, charged the ACTU members to be honest and dedicated in the discharge of their duties.

On his part, the ACTU Chairman Abdullahi Adamu who spoke on behalf of the members after the oath-taking, assured the management that his members would display a high level of integrity and transparency in performing their duties at all times.