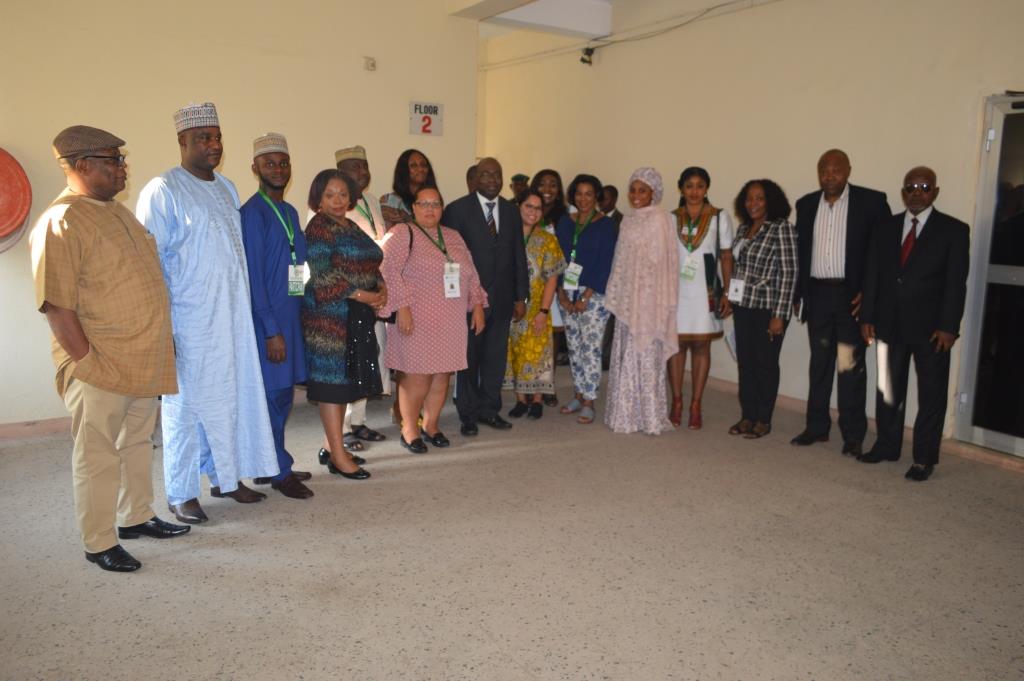 The International Association of Ombudsmen under the auspices of Public Complaints Commission (PCC) has offered to join forces with the Independent Corrupt Practices and Other Related Offences Commission (ICPC) to aid grievance handling, while providing better governance and driving performance in government organisations in the country.

The group made this known during a courtesy visit to the Chairman of the Commission, Prof. Bolaji Owasanoye, at the Commission’s headquarters in Abuja, recently.

The leader of the group, Ms Doofan Iois Ierkpen of PCC who spoke on behalf of the group said that the purpose of their visit was to take a study tour of the Commission; intimate themselves with the general duties of ICPC and offer to collaborate with the Commission for the achievement of its mandate.

She also explained the selection of ICPC with other organizations for them to visit thus:

“We had a selection card that had five organisations, the EFCC, ICPC, CCB, PCC and Human Rights Commission, so they did the selection of where they wanted to visit, so that is why we have them here,” she said.

In his response, the ICPC Chairman, Professor Bolaji Owasanoye, explained that the Commission‘s three-fold mandate of enforcement, prevention, as well as public education and enlightenment focuses broadly on corruption other than just economic crimes and money laundering.

Professor Owasanoye, explained the enforcement part saying that the Commission was empowered to enforce not just its own laws but all the other laws that prohibit corruption, and that the preventive prong of the mandate enabled the Commission to take preventive measures to diminish or prevent corruption from happening by examining systems and processes of public institutions that were prone to corruption.

On the public education and enlightenment aspect of the mandate, the ICPC boss explained how the Commission was interfacing with the larger society and various organisations working within it to enlist their support in the anti-corruption fight through messaging that discourages corruption.

He also drew attention to how ICPC was employing the social and traditional media to campaign against the scourge of corruption, while enlightening the general public on the opportunity cost of corruption with a view to dissuading them from engaging in it.

Professor Owasanoye further pointed out that in line with international best practices and to help the country meet the ‘sustainable development goals’ the Commission has escalated its efforts around asset recovery which, as a major enforcement measure, deprives corruption culprits of the fruits of their crime.

At the end of the visit, the delegation also took a tour round the Commission’s premises such as the forensic lab, recording studio, interrogation room, the detention facility, etc.