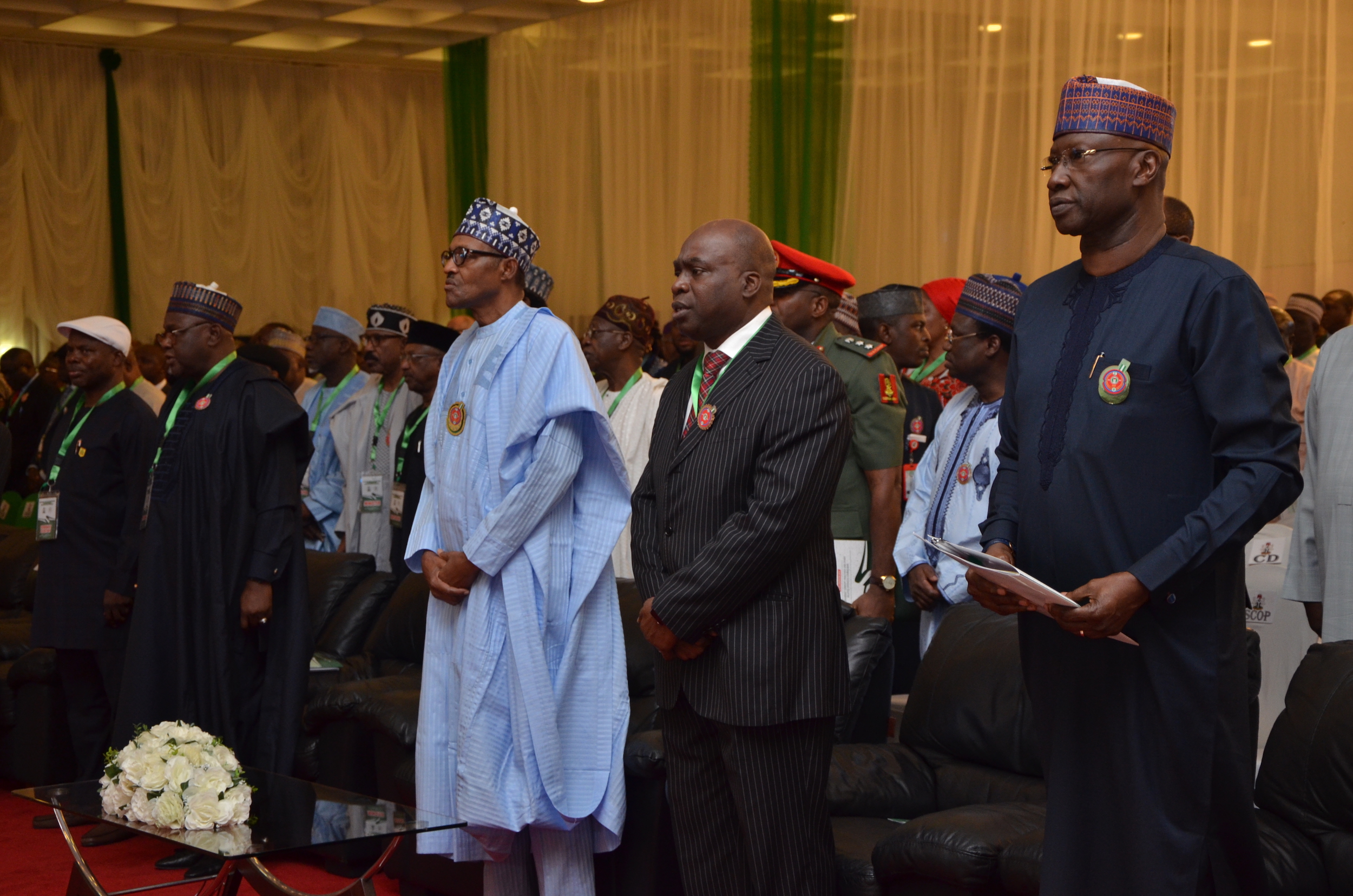 The Independent Corrupt Practices and Other Related Offences Commission (ICPC), has uncovered N3.9 billion included in the 2019 budget for constituency projects but not allocated to any specific project or sector.

ICPC Chairman, Professor Bolaji Owasanoye, revealed this at a two-day National Summit on Diminishing Corruption in the Public Sector organized by ICPC, in collaboration with the Office of the Secretary to the Government of the Federation (OSGF), at the State House, Abuja, and asked President Muhammadu Buhari to withhold the release of the money to “prevent its diversion by corrupt elements within the system”.

He said, “N3.9 billion is embedded in the 2019 zonal intervention projects budget but not allocated to any project or sector; however, we can see the states where these money may be potentially taken, if it is released. Needless to say, we are persuaded, Sir, that Mr. President will not allow release of money embedded in the budget for no particular purpose.”

The ICPC Chairman who was presenting the reports of Constituency Projects Tracking Group (CPTG), Ethics and Compliance Scorecard and system studies detailed recent achievements of the Commission in the fight against corruption.

He said that the Commission uncovered sundry corrupt practices and weaknesses in ministries, departments and agencies through its System Study; Ethics and Compliance Scorecard; and tracking of constituency projects initiatives, and has taken steps to curtail them.

On the tracking of constituency projects, the Commission through the Constituency Project Tracking Group (CPTG) noticed widespread abuse of the process resulting in poor projects delivery despite the yearly N100 billion allocation for its implementation.

He also revealed some remarkably positive developments from the exercise: “By this initiative we have tracked and seen to completion in the pilot phase 255 projects out of 424 projects in 12 states spread across the six geo-political zones.

‘By monitoring the projects and enforcing completion, we saved government about N2 billion in recovery of diverted assets, such as equipment for schools, hospitals, farms, water or energy projects, marginal improvement from use or supply of substandard materials, recovery of money from over-valuation, identification of vulnerabilities and preventive measures for future projects“, Owasanoye said.

The exercise also made 34 contractors that had abandoned their projects in the 12 pilot states picked for the first phase of CPTG to go back to sites, while a cummulative number of 200 returned to sites across the country.

In addition, the ICPC Chairman said over 250 properties valued at N32 billion were seized by the Commission in the last 10 months with some under interim forfieture order and others under final forfeiture.

While adding that the Commission has contributed to the tax revenue drive of the government by profiling companies and ensuring their tax compliances, Owasanoye pleaded with the National Assembly to expedite action on the Special Crimes Court Act.

Also at the event, President Muhammadu Buhari, in support of ICPC’s report, bemoaned the widespread corruption surrounding the implementation of constituency projects.

He said, “The first phase report of tracking these projects By ICPC confirms our worst fears that people at the grassroots have not benefited in terms commensurate with the huge sums appropriated for constituency projects since inception.

‘ICPC has my full support and the support of this government to hold fully to account contractors, complicit public servants and project sponsors who divert funds meant for constituency projects.”

The President, further commending ICPC for stopping the diversion of N9 billion through personnel budget by some government agencies, directed those yet to join the Integrated Personnel Payroll Information System (IPPIS) to quickly do so.

According to him, “I am aware that the Commission successfully blocked over N9 billion from being diverted from 2019 personnel budget. That was a proactive prevention measure.

‘I urge ICPC to beam its searchlight on all agencies yet to get on the IPPIS and our e-government platforms in order to fully halt the padding of personnel budgets and the diversion or misappropriation of capital budgets.”