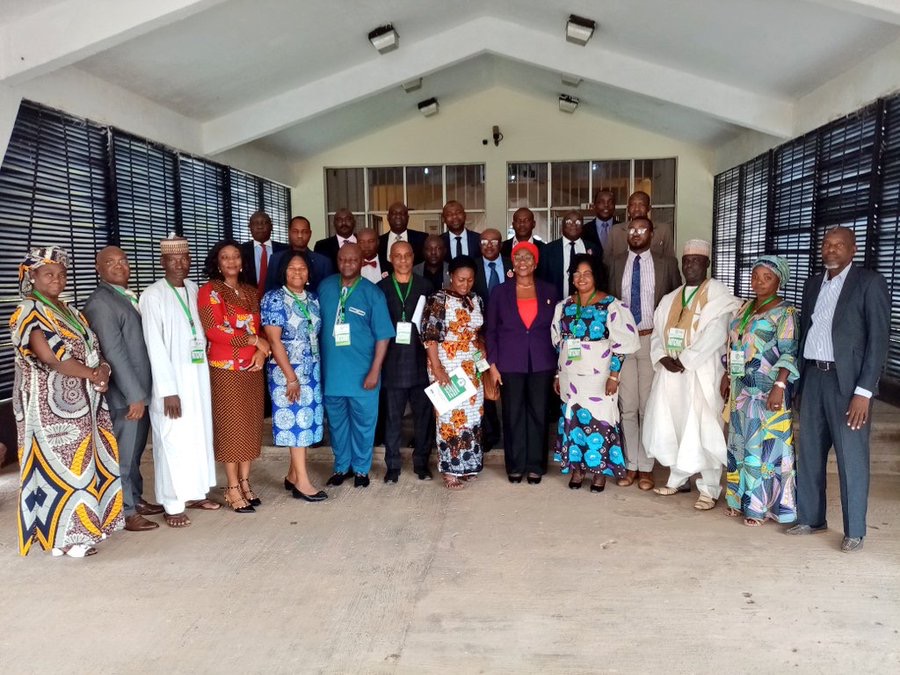 ICPC Collaborates with NOA and ActionAid on Grassroots Sensitisation

In furtherance of the collaboration between the Independent Corrupt Practices and Other Related Offences Commission (ICPC) and the National Orientation Agency (NOA) to address some of the lapses associated with constituency projects implementation in Nigeria, plans are underway to take campaign messages to the grassroots and get their buy-in.

A briefing on the initiative, comprising ICPC state heads from its fifteen state offices and some NOA directors, was organised to familiarise them with the implementation of the state-to-state campaign on citizen ownership of constituency projects.

In his opening statement, the Chairman ICPC, Prof. Bolaji Owasanoye expressed delight at the collaboration the Commission was having with NOA which was flagged off recently with the national launch of the campaign tagged, My Constituency My Project!.

He said the briefing was important in order to point out how ICPC wanted the messages delivered which was essentially to secure the buy-in of communities where these, or other government, projects were sited.

Prof. Owasanoye added that NOA was very important to the campaign as they have the widest reach being present in all the local government councils in Nigeria. “ICPC wants to take advantage of that”, he said.

The Chairman explained further that the campaign was “not a fight between the executive and the legislature” rather the Commission was just doing its job to fight corruption.

He stated that the “campaign is not about abusing legislators. Our responsibility starts from what messages we communicate and that that message is about asking the people to take ownership of the campaign.”

Owasanoye advised that those on ground must be strategic about which community member would be involved in the campaign in order not to lose traction of the whole sensitisation. This, he said, is where NOA would help the Commission in making this vital decision as they are all over the country.

He pointed out that another important aspect of constituency projects campaign was the feedback mechanism. He said that the citizens needed to know whom to report to and the avenue to use, pointing out that the people on ground would be the ears and eyes of the Commission so that visits to the project sites would not be a “dress rehearsal”.

In his remarks, the representative of ActionAid, a donor agency supporting the sensitisation campaign, Mr. Andrew Mamedu, said that constituency projects tracking was one major way they were helping to tackle corruption, which is inflicting poverty on Nigerians.

He said they were looking forward to involving some Community-Based Organisations, traditional institutions, religious and youth organisations, vulnerable groups, government agencies, etc. in the project and added that ActionAid would help in driving the campaign nationwide as they have their contact persons in every state that would support the process.

In her own comment, the Coordinator of the sensitisation campaign and Spokesperson of ICPC, Mrs. R. A. Okoduwa, mni said that ActionAid were partners in the campaign but stressed the need for all actors in the process to adhere strictly to the guidelines and template provided on the implementals of the campaign.