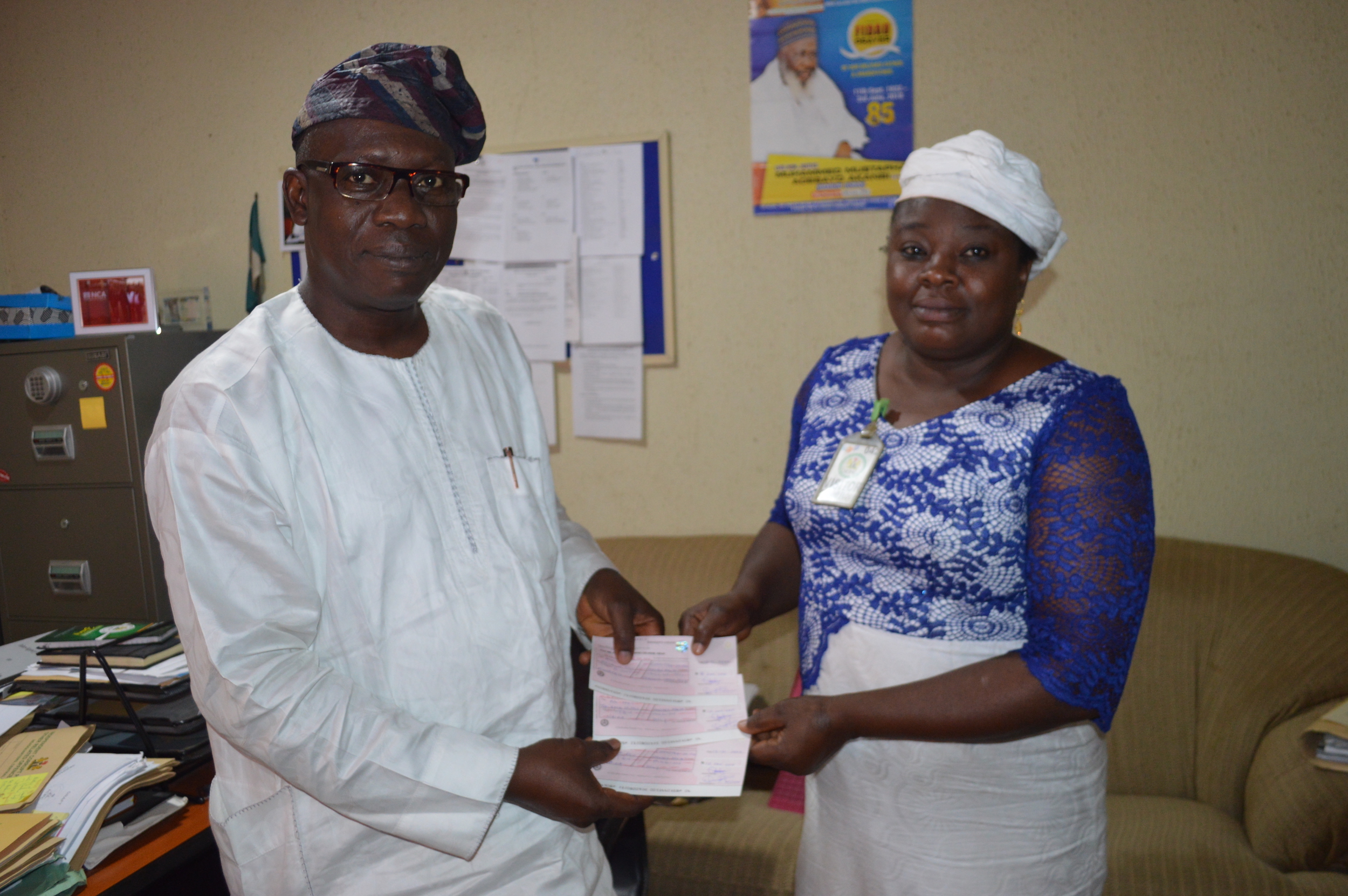 The Independent Corrupt Practices and Other Related Offences Commission (ICPC) has handed over N28.2 million it recovered from defaulters in the sale of federal government houses to the Federal Capital Development Authority (FCDA).

This is in addition to over N3.8 billion the Commission had previously recovered for FCDA since 2017 when it began tracking down beneficiaries of the Federal Government’s housing owner-occupier scheme for government workers who had defaulted in their payments and those who had outrightly refused to pay.

The federal government had in 2005, introduced a policy which allowed public servants to buy-off government houses and pay back over a period of time.

However, many of the buyers defaulted in their payments after paying the initial sums that gave them the right of ownership of the properties while some others completely failed to make any payments, prompting FCDA to contact ICPC for help in recovering the monies from the defaulters.

Mr. Olatunji Jabaru of Asset Tracing, Recovery and Management Unit, ICPC, who handed over the money to the representative of FCDA, Mrs. Omole Segun, noted that effort was on-going to recover more money from the defaulters.

The money handed over was in bank cheques of N10 million, N8.2 million and another N10 million.

In her remark after receiving the cheques, Mrs. Segun, who represented the Director, Ad-Hoc Committee on the Sale of Government Property, FCDA, Mr. Mohammed Umar Baffa, lauded the efforts of the Commission which had led to the recovery of huge sums of money for the government.

She added that the working relationship between ICPC and FCDA would ensure that more defaulters were made to pay up.