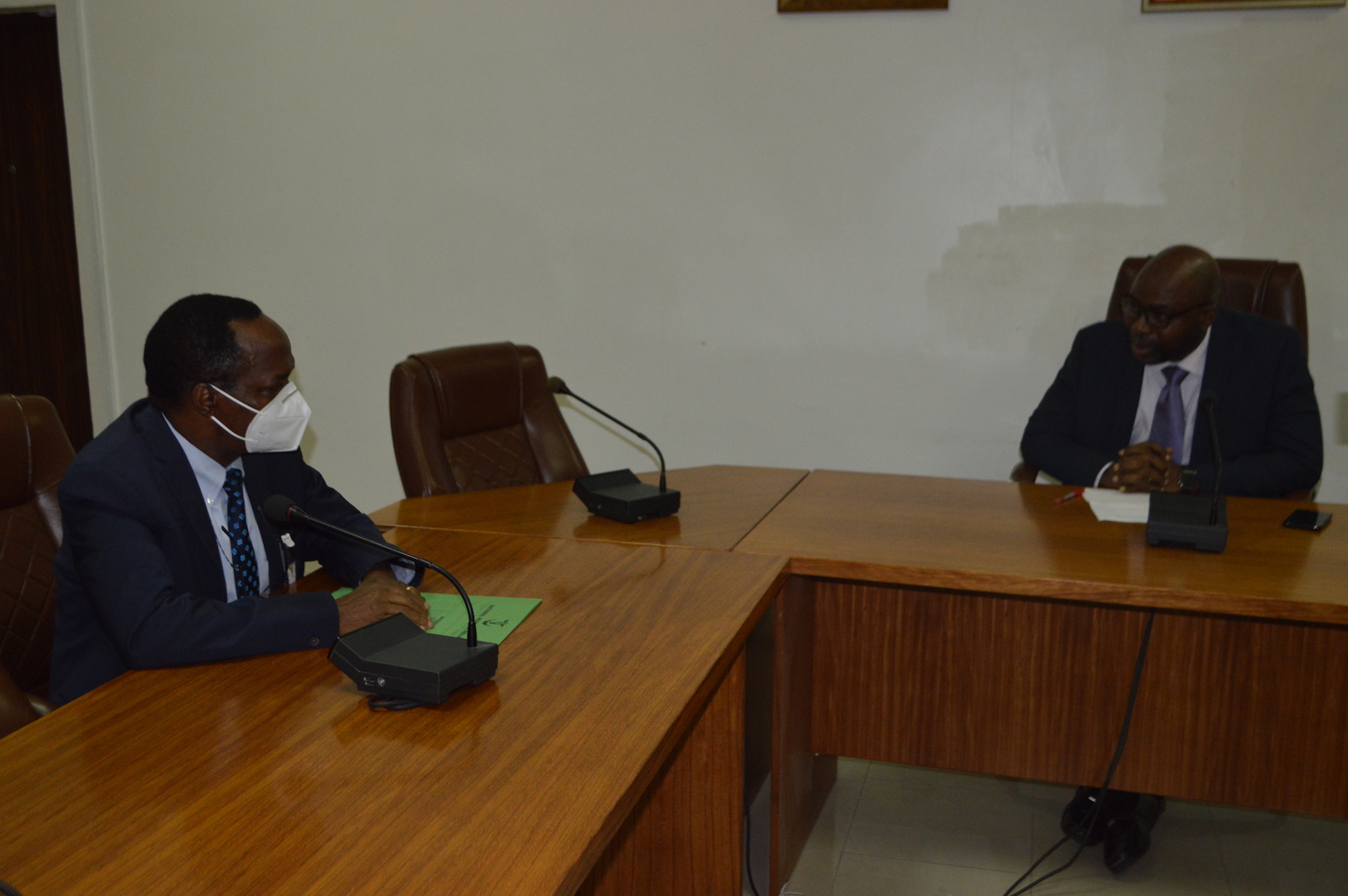 The Chairman of the Independent Corrupt Practices and Other Related Offences Commission, ICPC, Prof. Bolaji Owasanoye has said that the Commission does not take pleasure in embarrassing people as her obligation is solely to enforce the law no matter how unpleasant.

He made this revelation when he played host to the Chairman of the Committee of Chief Medical Directors/Medical Directors of Federal Tertiary Hospitals (CCMDFTH), Dr. Jaf Momoh and his team who visited the Commission recently.

Prof. Owasanoye, who was reacting to an allegation by the Committee that frivolous and malicious petitions against medical institutions were undermining progressive reforms by some CMDs, said ICPC was aware of such petitions but investigations were still being carried out on every one of them to avoid missing out on anything.

He however, advised Chief Executives to “…start your reflections from within and minimise windows and opportunities through which you can be victimised”.

Speaking on findings on a study and review of the systems and procedures of Federal Medical Centres, which the Commission conducted across Nigeria, the ICPC Boss revealed that some medical centers have more staff than teaching hospitals which could be an indication of budget padding especially personnel cost.

On Internally Generated Revenue (IGRs) of medical institutions, Prof. Owasanoye said that the study showed that most IGR was diverted and there was need for clarification even when the money was used to pay ‘locum staff or out-sourced staff like security guards, cleaners etc.’ However, the law is very strict on what should be done to culprits regardless of their intentions.

He therefore advised that medical institutions and their leaders should be proactive and provide line items that form IGR on the average to clear any uncertainty hanging around it.

Prof. Owasanoye exposed that this year’s report did not contain as many infractions as were recorded last year. He then expressed the hope that the improvement would continue progressively.

Earlier in his remarks, Dr. Jaf Momoh, had prayed the Commission to help fast track process of replacing exiting staff to reduce the temptation of taking temporary or locum staff; provision of a budget line for out-sourced services; and increase of over-head budget and early release of funds especially for institutions in the rural areas.

In response to this, Prof. Owasanoye said ICPC had written to government to help health institutions deal with some of these issues mentioned which hinder the CEOs from governing properly. The letters were followed up with physical meetings and telephone calls.