ICPC charges Youths to take a Strong Stand against Corruption

The Independent Corrupt Practices and Other Related Offences Commission (ICPC), has charged Nigerian youths to be strong and stand against corruption at all times in other to move the nation forward.

The Commission gave this charge through Professor Bolaji Owasanoye, Chairman, ICPC at a webinar titled “Integrity Pays”, organized for secondary school students’ who participated in the final phase of the Commission’s 20th anniversary essay competition recently.

While addressing the students, Prof Owasanoye told them that integrity predefines a person’s character, conduct or interaction with others, advances careers and lives of those who hold them dear, adding that they should cultivate the culture of integrity and practice what they preached.

“Positive values help you to build integrity and discern right from wrong, promote justice, promote equality, and makes you take advantage of legitimate opportunities, thus follow the rule of law”, he said.

According to him, positive values are worthwhile and valuable for advancing society, one needs to have discipline, be diligent, and be responsible for positive value to translate into progress, development, and profit, he remarked.

The ICPC Boss also noted that the essay competition exercise was aimed at driving the fight against corruption into the consciousness of young people with the hope that those who have participated in the competition would become a reference point in the society.

Also speaking at the event, a former director and immediate past spokesperson of the Commission, Mrs. Rasheedat Adunni Okoduwa, mni, in her paper titled “Integrity Swag: It Pays to Practice Integrity”, defined integrity as the quality of being honest and having moral principles; doing the right thing even when no one is watching.

According to her, when there is no integrity in the society, there is high likelihood of corruption which breeds unfairness, injustice, frustration, lack of trust, short-cuts, increased crime rate, unemployment to mention but a few, adding that the youths suffers the most  because they tend to make up a large proportion of the population.

She remarked that the recent statistics of unemployment and under employment for Nigeria’s young people of ages 15-34, published by the National Bureau of Statistics (NBS), showed that 34.9% of the Nigerian youths are unemployed.

Furthermore, she said that the statistics entails that about 14 millions youths are either out of jobs or under-employed,  meaning that the Nigerian youths are the hardest hit by unemployment basically because of issues caused by corruption and lack of integrity.

Mrs. Okoduwa therefore called on the youth to secure their future, imbibe, practice and stand up for integrity.

“Integrity is essential for your success; integrity pays; it gives you and society swag”, she concluded.

Addressing the participants, a lecturer from the University of Jos, Ms. Tina Odinakachi, who spoke on “Cost Benefit of Integrity”, said integrity means making sacrifices or going out of your way to do the right thing even when every other person seems to think you are doing the wrong thing.

According to her, one should strive to uphold integrity because nobody wants to be identified with dishonest person; one gets entrusted with responsibilities; and with integrity, one also earns the respect of others hence build a reputation of a thousand years.

Speaking from her experience, she noted that integrity and being honest pays because it opens door of success.

“Fundamental values of integrity are honesty, trustworthiness, fairness, responsibility and respectfulness”, she added.

On his own part, Mr. Mohammed Ashiru Baba, fsi, Director Education Department, ICPC, congratulated the students who emerged among the 12 front liners that just re-wrote the essay competition while reminding the entire students that the main reason why ICPC forms Anti-corruption clubs in schools nationwide was to inculcate sound moral values in them

In his words: “ICPC forms clubs in schools because of the urgent need to resuscitate our lost values of honesty, integrity and fear God as a country”.

The webinar was preceded by an essay re-writing exercise by the 12 finalists of the National Essay Competition conducted as part of activities to mark the 20th anniversary of ICPC. About 200 persons participated at the event from the 15 ICPC state offices and the Headquarters. 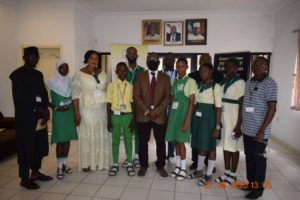 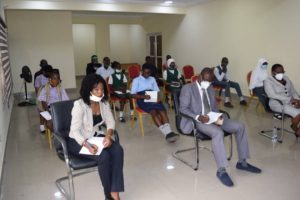 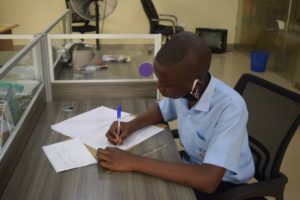 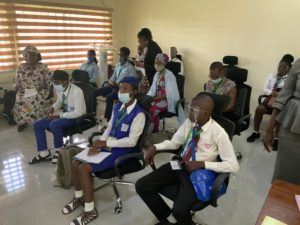