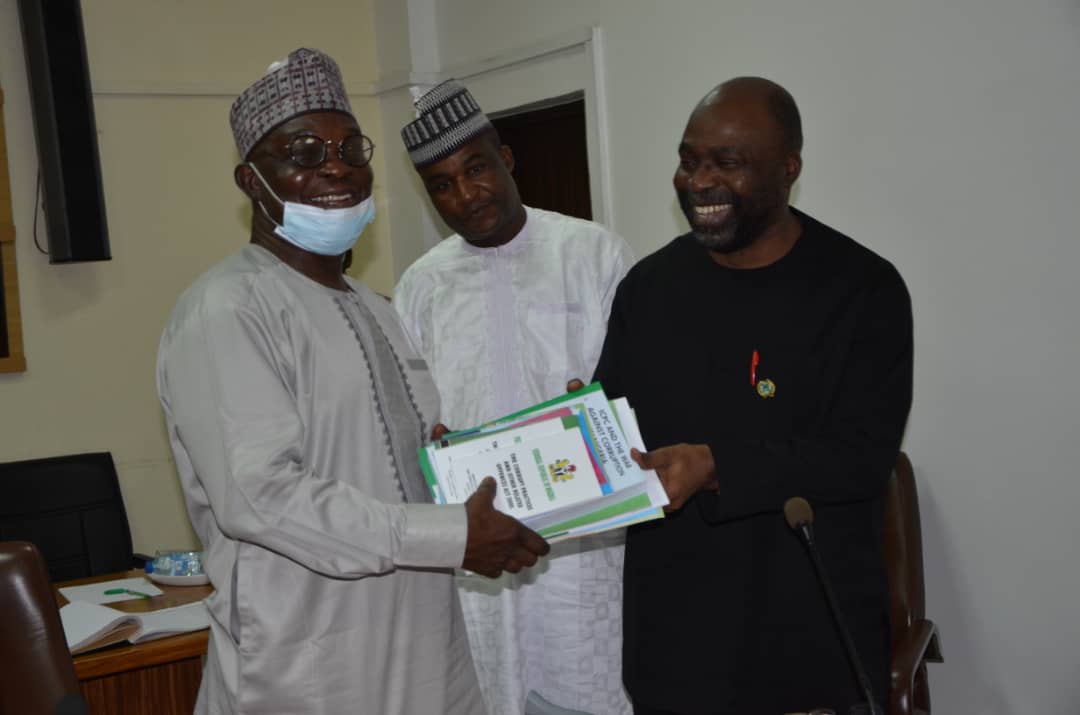 The Independent Corrupt Practices and Other Related Offences Commission (ICPC) and the News Agency of Nigeria (NAN) have agreed to partner in preventing Illicit Financial Flows (IFFs) from the country and promoting the National Ethics and Integrity Policy.

Chairman of ICPC, Professor Bolaji Owasanoye made this known when he played host to the Managing Director of NAN, Mr. Buki Ponle who was at the ICPC headquarters in Abuja on a courtesy call.

Professor Owasanoye explained that up to 16% of resources generated within the country are usually illicitly transferred out through tax evasion, transfer pricing, over-invoicing and other illegal practices. Citing examples of such transactions, the ICPC boss explained that such monies could fund the country’s budget if stopped.

He appealed to the MD of NAN to use the NAN platforms and their partnership with other African regional news agencies to help combat IFFs stating that IFFs is a major problem not only to Nigeria, but to Africa in general, and it causes the economy to bleed in many sides resulting to what he termed as “financial anemia”.

Speaking further, he revealed that the National Ethics and Integrity Policy (NEIP), a document produced by the Commission in collaboration with the Office of the Head of Service of the Federation (OSGF) and the National Orientation Agency (NOA) and which got the nod by the Federal Executive Council (FEC), was recently launched by President Muhammadu Buhari.

The Chairman explained that NEIP is a policy that sets a roadmap and framework intended to bring about behavioral change. He therefore called on NAN to join ICPC by employing their various platforms in getting the message of the core values in the document across to Nigeria.

Earlier while giving his remarks, the MD of NAN, commended the Commission for its effort in combating corruption to reduce it to the barest minimum in the country.

The MD noted that ICPC and NAN had similar roles of exposing corruption through investigative journalism to ensure that the country progresses on the path to good governance and development.

He also revealed that the agency had a vibrant multimedia section that included audio, video, and photography which are the various means of reaching out to the publics. He called on ICPC to leverage on some of them in the crusade against corruption. “When you talk to NAN, you talk to the whole world”, he said.