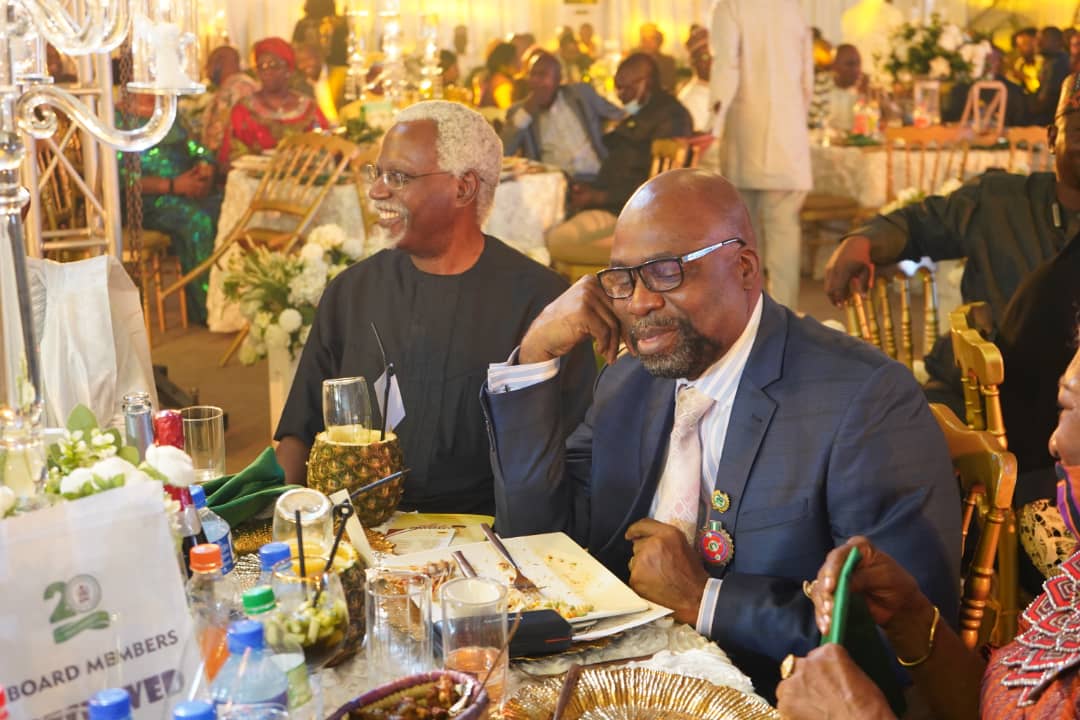 The 20th anniversary celebration of the Independent Corrupt Practices and Other Related Offences Commission (ICPC) reached its crescendo with a dinner and award ceremony for Board Members, Management and Staff of the Commission which was graced by past Chairmen, Board members and retirees of the Commission.

It was indeed a night of pomp which was inundated by music, comedy and awards given to past Board members of the Commission, retirees and staff for their long service and outstanding performance of their duties.

In his opening address at the ceremony, the Chairman of the Commission, Prof. Bolaji Owasanoye, lauded the contributions of past chairmen and board members, as well as the dedication of staff of the Commission.

Prof. Owasanoye said his board which is the 4th since ICPC was inaugurated 20 years ago had worked assiduously on improving infrastructure and technology structures and welfare for staff.

He therefore urged everyone to “let their hair down and have fun” as the Commission has done very well in the course of the year.

In a goodwill message, former Chairman of the Commission, Mr. Ekpo Nta, said he was always proud to be associated with the Commission and urged staff to keep up the good work and always comport themselves well.

While making a toast to the Federal Republic of Nigeria, former board member, ICPC, Hon. Dame Julie Onum-Nwariaku, saluted Nigeria as the true giant of Africa and Nigerians for making waves all over the world.

She said that bthe teeming population of Nigeria are resilient and strive to survive in spite of all odds. She therefore urged them to channel their energy to always doing the right thing and standing for what is right.

The former spokesperson for the Commission who was also one of the retirees, Mrs. Rasheedat Adunni Okoduwa, mni while proposing a toast for ICPC at 20 stated that the Commission had done commendably well in her 3-pronged mandate in the last 20 years given the complexity of the Nigerian society.

Mrs. Okoduwa went on to say that the success story of the Commission would be incomplete without the support and commitment of the Federal Government to the fight against corruption.

In her words, “Tonight we celebrate ICPC as ICPC looks to the future with renewed commitment to continue to do what it does best in trying to diminish corruption and reconnect Nigeria to its age old societal values of integrity and civic consciousness”.