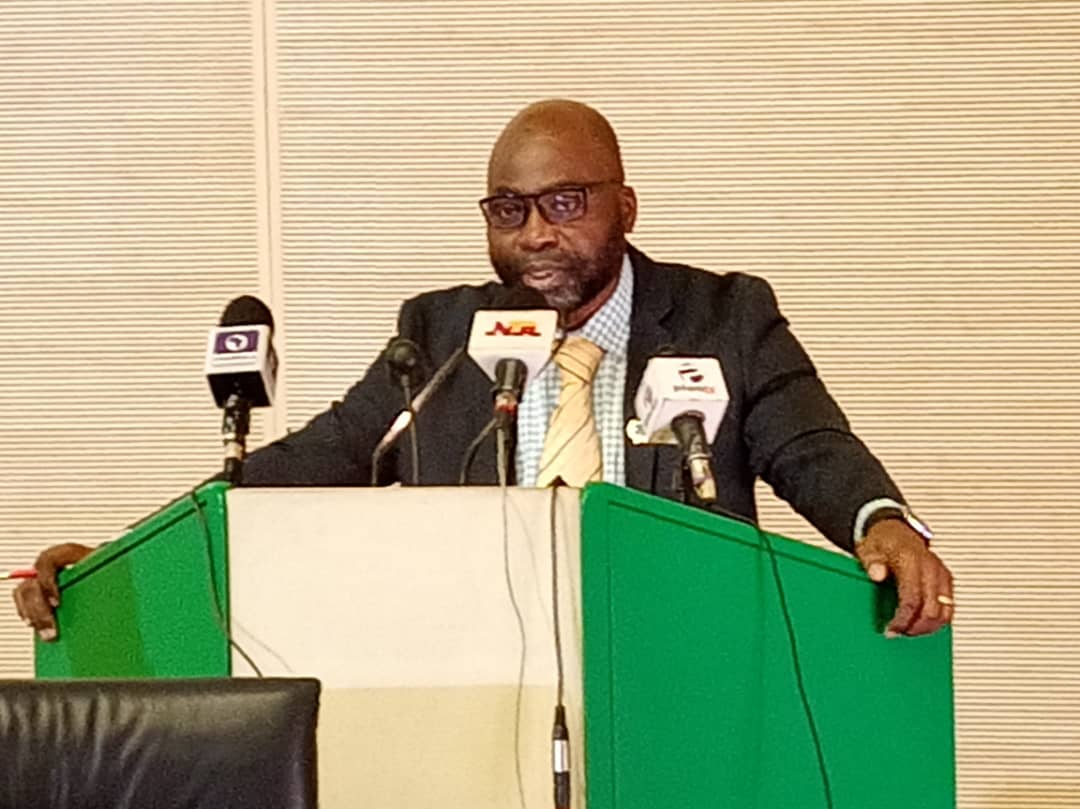 The Chairman of the Independent Corrupt Practices and Other Related Offences Commission (ICPC), Prof. Bolaji Owasanoye, has called on Ministries, Departments and Agencies (MDAs) of government to desist from budget manipulation and “creative budgeting”.

The ICPC boss urged directors of finance and accounts in MDAs and budget officers to embrace transparency and fiscal discipline.

He made this statement during the one-day forum held in collaboration with the Budget Office of the Federation (BOF) for Directors of Finance & Accounts and Internal Auditors of MDAs on the theme “Transparency and Fiscal Discipline in Budget Implementation”.

Speaking at the event, the ICPC Chairman, Prof. Owasanoye, noted that the participants have a duty to manage public finance and assets with high responsibility and integrity but, under their watch, are active collaborators in aiding corruption, thereby leading to the underdevelopment of Nigeria.

He expressed the hope that the Forum would mark a turning point towards the much needed reform in the management of the public finance and other resources, while stressing that government was determined to enforce fiscal discipline in the implementation of the 2021 budget and beyond.

Speaking on the result of ICPC system study and reviews(SSRs) which aim at identifying, eliminating, preventing and obstructing opportunities for corruption, the ICPC Chairman stated that result of the 2019 exercise in 208 MDAs led to the “discovery of N31.8bn personnel cost surpluses for 2017 and 2018, misapplication of N19.8bn and N9.2bn from personnel cost and capital fund respectively”.

As a result of the findings, N42bn unspent surplus allocations from personnel cost for 2019 alone was blocked from possible abuse and pilfering mostly from health sector and some educational institution. The focuson Health and Education Sectors is because of the importance of their services which touch the lives of ordinary citizens and are critical to meeting any of the internationally recognized development goals.

In his words, “This implies that if we had covered the entire civil service structure of all MDAs the figures would have been staggering”.

The ICPC boss revealed some of the findings from the educational institutions by the Commission which include: padding of nominal rolls; warrant releases in excess of actual personnel cost needs; inadequate or non-budgetary allocation for outsourced services; widespread misuse of personnel cost allocation, amongst others.

Prof. Owasanoye highlighted some of the Commission’s findings in the pilot review of the Open Treasury Portal (OTP) launched in December 2019, to include: payments of advances beyond approved limit of N200,000 to individuals’ accounts; payment to individual staff/accountants for disbursement to ad-hoc employees, and cash payments for staff DTA, transport, among others.

Arising from all these operations and findings, the Commission was able to restrain further diversion of suchfunds as cooperative and union dues, and these were retained within the system.

Additionally, the systems studies led to the mopping-up of about N189bn from personnel cost of MDAs through the issuing of a negative warrant from the Ministry of Finance.

Other achievements of the Commission arising from the SSR include the issuance of three Treasury circulars, restricted access to personnel cost funds by MDAs, restriction of transfer from GIFMIS to sub-TSA, reduction in the rate of infractions both in volumes and occurrence as well as stricter personnel cost budgeting.

The ICPC Chairman went on to recommend that unspent balances be blocked immediately salaries are paid; prevent unauthorized editing of payroll information data on the GIFMIS platform; direct banks to ensure that account names and numbers match before completing payment.

Concluding his speech, the ICPC boss urged all participants to work with the Commission and commit to policing the system and driving the sensitization and reformation of the system to enable government meet its obligations to the public.

Earlier at the event, the Hon. Minister of Finance, Budget and National Planning, Zainab Shamsuna Ahmed, who was represented by the Permanent Secretary, Special Duties, Alhaji Aliyu Shinkafi, said the theme of the forum was apt as it spoke to key issues of appropriation involving key officers responsible for carrying out the functions in their different offices.

She mentioned that IPPIS and the return to the January to December fiscal calendar are key reforms by the current administration.

The Minister said the recommendations reached at the meeting will be followed to further enhance fiscal responsibility especially in budget implementation.

In his presentation, the Director-General, Budget Office of the Federation (BOF), Mr. Ben Akabueze said budget is a matter of law, and therefore infractions in this regardare punishable by law.

He also said that budgeting entail choices among competing alternatives.

On the way forward, Mr. Akabueze suggested increased revenue; all MDAs funded through the federal government budget should remit 100% of their Internally Generated Revenue to the sub-recurrent Account which is a sub-component of the Consolidated Revenue Fund.

In his goodwill message, the Auditor-General of the Federation, Mr. Adolphus Aghughu urged public office holders to cultivate a culture of accountability especially in the implementation of the 2021 budget and ensure that monies are expended according to appropriation.

He went on to advise that adequate measures be put in place to block all leakages of corruption.

Mr. Aghughu expressed the hope that participants will fully commit to making fiscal discipline in the discharge of fiscal responsibility.

The one-day forum is the first collaborative effort on transparency and fiscal discipline between the Budget Office of the Federation and the Independent Corrupt Practices and Other Related Offences Commission (ICPC).