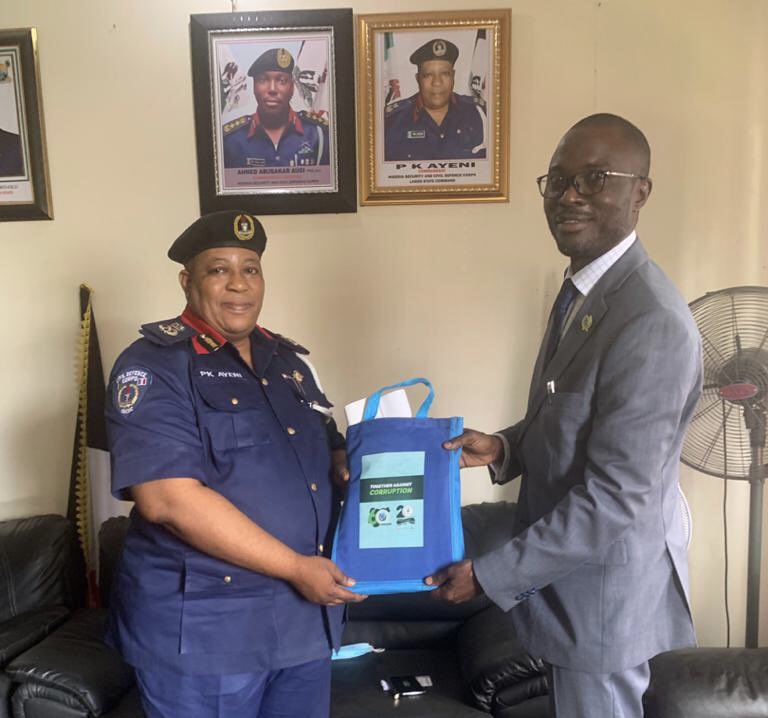 The Independent Corrupt Practices and Other Related Offences Commission (ICPC) has offered to provide training on anti-corruption to officers and men of the Nigerian Security and Civil Defence Corps (NSCDC) to help curb corruption in the corps.

The Lagos State Resident Anti-corruption Commissioner, Barr. Kabir Elelu, who made the offer said that the training will also be extended to staff of the National Agency for the Prohibition of Trafficking in Persons (NAPTIP).

Barrister Elelu, in a separate meetings with top management of the Lagos State Commands of the two agencies maintained that corruption was the bane of most of the problems facing Nigeria ranging from underdevelopment, unemployment, inflation to insecurity and many others.

He said that ICPC, through its Public Enlightenment and Education mandate, was willing to train staff of NAPTIP and NSCDC personnel on the ills of the corruption and how to avoid it.

The training will further enlighten them on anti-corruption laws, best practices and punishments and how to promote accountability and transparency in government business. He concluded by urging both agencies to re-activate and strengthen their Anti-Corruption and Transparency Units (ACTU).

He added that there was need for ICPC and both agencies to continue to work together so as to improve the existing relationship which will lead to efficientand affective service delivery.

In his response, the Commandant of the Lagos Zonal Command of NAPTIP, Mr. A. Alao, agreed with ICPC that working together against corruption through a concerted synergy will yield greater result.

On his own part, the Commandant of NSCDC Lagos command, Mr. P. K. Ayeni, said that synergy amongst government agencies was very important for a sane society. He however, sought ICPC’s assistance to sanitise the corps through training of its officers and the provision of Information, Education and Communication (IEC) materials on corruption.