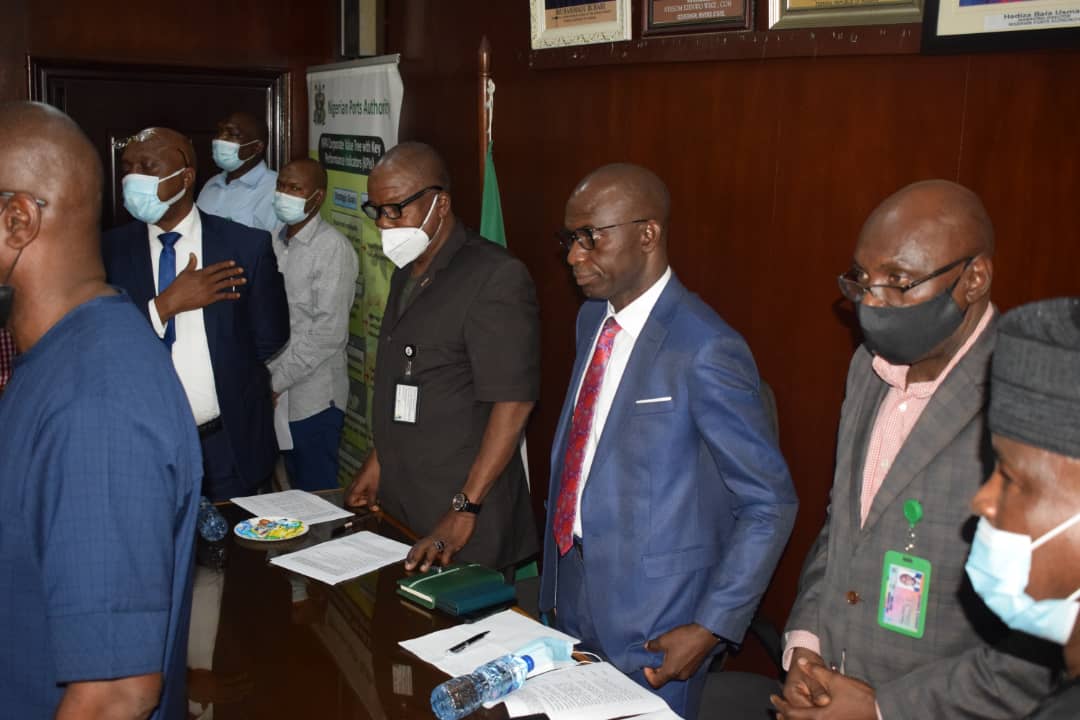 The Independent Corrupt Practices and Other Related Offence Commission (ICPC) and the Nigerian Shippers’ Council (NSC), Nigerian Ports Authority (NPA) and other ports agencies, as part of the on-going collaboration to ensure the full implementation of the Nigerian Ports Process Manual (NPPM), recently inaugurated a Port Standing Task Team in the Eastern Ports of Port Harcourt and Onne.

The Team, made up of officers of ICPC, NSC, NPA and the Directorate of State Services (DSS), was charged with the primary duty of ensuring that standard procedures were followed in carrying out transactions at the ports. The team is to strictly carry out necessary anti-corruption activities that would help dismantle the corruption network fuelling the traffic logjam within the port area.

It is also to carry out regular operations in the ports to generate evidence-based infractions against the Standard Operating Procedures (SOPs), the Nigerian Port Process Manual (NPPM) and the Ease of Doing Business Policy of Federal Government.

The Port Standing Task Team is to engage in quick enforcement actions including sting operations, on identified areas based on regular intelligence.
Prince Hassan Mohammed, ICPC Head of Investigation, who represented the Chairman charged the team to be diligent in carrying out their duties stating that the team’s activities are geared towards the need to reduce corruption in Nigeria.

Also speaking at the event, the Zonal Director, South-South of the Nigerian Shippers’ Council (NSC) Mr. Ogor Israel observed that the basic aim of setting up the Task Team was to ensure efficiency and make Nigerian ports one of the best places to do business. He predicted that very soon insecurity at the ports, especially Eastern Ports will become a thing of the past and of course business will start booming in the zone.

Earlier, Mr. Moses Fadipe who represented the Executive Secretary/CEO of Nigeria Shippers’ Council made a presentation on the overview the Nigerian Ports Process Manual (NPPM) and Port Service Support Portal (PSSP).
He highlighted the essence of the Ports Manual and its importance to reducing corruption in the maritime sector and enjoined all stakeholders to cooperate with the team in curbing unethical behaviours at the Ports.

The Acting Managing Director of NPA, Mr. Mohammed Bello Koko in his goodwill message said the NPPM is fully funded by the NPA as part of its contribution towards creating a transparent and efficient port system that aligns with the concept of the Presidential Order on Ease of Doing Bussing in the Nigerian Port Sector.

Other stakeholders such as Terminal Operators and Cargo Owners spoke at the inauguration promising to support the team with information and reports of any observed infractions.

The highlight of the event was the inauguration of the team that comprised 3 officials of the ICPC, 5 personnel from the DSS, 3 staff of NSC and 2 staff of the NPA.