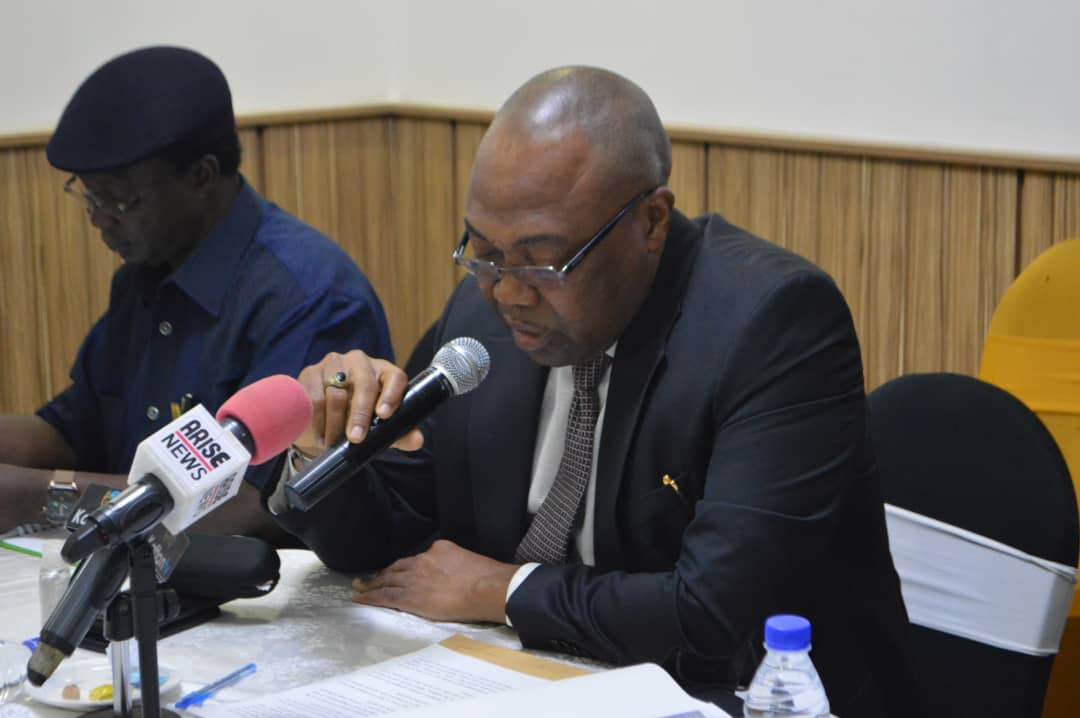 The Chairman, Independent Corrupt Practices and Other Related Offences Commission (ICPC), Professor Bolaji Owasanoye, has called on trade union organizations to join the Commission in the anti-graft war, saying that “corruption constitutes an unusual and extraordinary threat to the wellbeing, national security and economic development of Nigeria.”

The Chairman, who was represented by a board member of the Commission, Hon. Barr. Obiora S. Igwedibia, made the call at a dialogue with Labour and Trade Unions on “Positioning the Unions as Active Drivers of Anti-Corruption in Nigeria,” organized by the “Say No Campaign Nigeria” in Abuja.

Professor Owasanoye explained how the negative impact of corruption affected the poor severely, noting that “corruption shortchanges the poor in numerous areas of life such as health, education, infrastructure and security”.

He stated that in order to win the anti-graft fight, there was need for all concerned individuals to own the fight, saying that the Commission alone could not do it.

According to him, “It cannot be over-emphasized that all hands must be on deck to win the war as the Commission cannot fight it alone. Accordingly, concerted efforts are required from the Civil Society Organizations, Labour, Trade Unions and indeed all and sundry, if the war against corruption must be fought effectively.”

The ICPC boss who expressed optimism that the outcome of the deliberations arising from the Dialogue would be a blueprint of immense relevance to winning the war against corruption, pledged the Commission’s readiness to partner with Civil Society Organizations and other stakeholders with similar objectives towards ridding Nigeria of all forms of corrupt practices.

He therefore urged the participants to match words with commitments and actions, by doing what was right and proper at all times.

In his remark at the event, the Director-General, National Orientation Agency (NOA), Dr. Garba Abari, represented by a Deputy Director in the Agency, Mr. David Akoji, explained that for the fight against corruption to yield positive result, an elaborate and sustained programme of social mobilization was critical in creating the necessary public awareness and mobilizing Nigerians from all sectors to take ownership of the fight against corruption.

The NOA DG pointed out that “Every society needs to define its values and engage in activities that sustain those values.”

Dr. Abari therefore advocated for attitudinal change among Nigerians, saying that it was the foundation for national behavioural change.

Also speaking at the Dialogue, the President of Nigeria Labour Congress (NLC), Comrade Ayuba Wabba, noted that corruption has perverted every sector of the economy and that workers and pensioners were always at the receiving end of its negative impact.

Against this backdrop, Comrade Wabba pledged NLC’s resolve to remain active in driving anti-corruption campaign in Nigeria, declaring that fighting the menace holistically remained one of the Union’s cardinal objectives.

The NLC President further lamented how resources shipped out of Nigeria and Africa through Illicit Financial Flows and corruption were used to develop other climes at the detriment of the African state.

The Comrade President also narrated how Nigerian political elites own luxurious properties across Europe, America and other safe haven jurisdictions.

He therefore recommended a shift of the burden of proof from the state to those standing corruption allegations, revealing that the trend was now a global best practice.