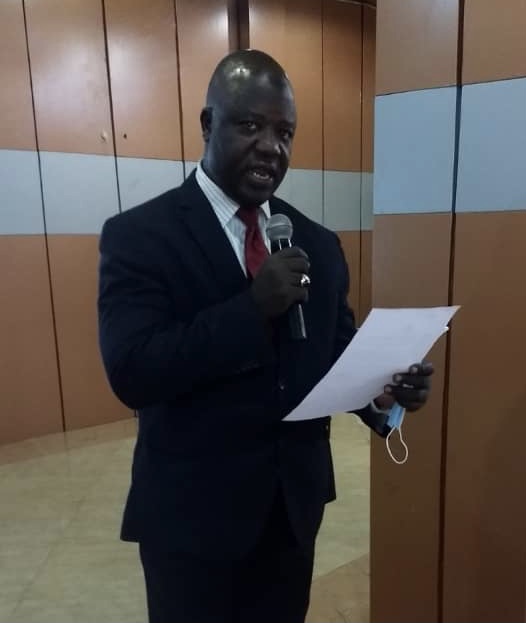 Stakeholders in the anti-corruption sector have called for Integrity and an Ethical Workforce for the economic growth and development of the nation at a two-day Integrity Innovation Workshop organized by Accountability Lab for public servants in Abuja recently.

The leading voice in the call was the Chairman of the Independent Corrupt Practices and Other Related Offences Commissions (ICPC) Professor Bolaji Owasanoye, SAN, who was represented by an Assistant Commissioner, Hassan Salihu. He stated that the growth of a nation is tied to the quality of its work force. “If corruption is allowed to fester in our systems, it would affect the very heart of the future of this country.”

He expressed the hope that the event would bring about the much-needed ethical change especially at a time when the nation was battling with endemic corruption and other related offences.

In his keynote address, the Director-General of the Bureau of Public Service Reforms (BPSR) Mr. Dasuki Arabi, described integrity as the hallmark for driving individual and corporate businesses. His words, “The culture of integrity is important in the public service as it helps to build trust, which is exemplified in the way information is divulged to the public”.

Mr. Arabi also said that the issues around ethics in the public service must be taken very seriously, as they reinforced a set of expectations required from officers, as well prescribed the rules that regulated the moral conducts of officers while in service.

He, therefore, commended ICPC for the National Ethics and Integrity Policy (NEIP) initiative and its effort to promote it not only in MDAs but in all sectors of the country.

Delivering his goodwill message, African Regional Director MacArthur Foundation Dr. Kole Shettima, who was represented by Dr. Amina Salihu, Senior Programme Officer, said that corruption was not a result of need but greed, and therefore encouraged participants to spread the word of anti-corruption in their little way while inspiring those around them to join in the fight against corruption.

Earlier in his welcome address, Country Director Accountability Lab, Friday Odeh said that the “Integrity Icon” was one of its initiatives to recognise individuals who had shown outstanding acts of integrity in the discharge of their duty as well as their daily lives, and expressed the belief that the promotion of the NEIP would bring about more Integrity Icons as well as boost accountability and transparency in the public sector.

The technical session featured paper presentations by Mrs. Ese Okwong, Assistant Commissioner, PE&E Dept, ICPC on the topics, Overview of the NEIP and Work Plan and Consequence Management Template. She stressed the need for public servants to imbibe the 7 core values contained in the NEIP, and highlighted their role in ensuring that the implementation of the policy was effective.

She urged participants to take the implementation of the policy as a personal responsibility to contribute to nation building and eradicate corruption in their agencies and Nigeria at large.

The highlights of the event were the recognition and experience sharing of some Integrity Icons present at the event, and an interactive session during which participants discussed ways to tackle corruption and improve accountability and transparency.