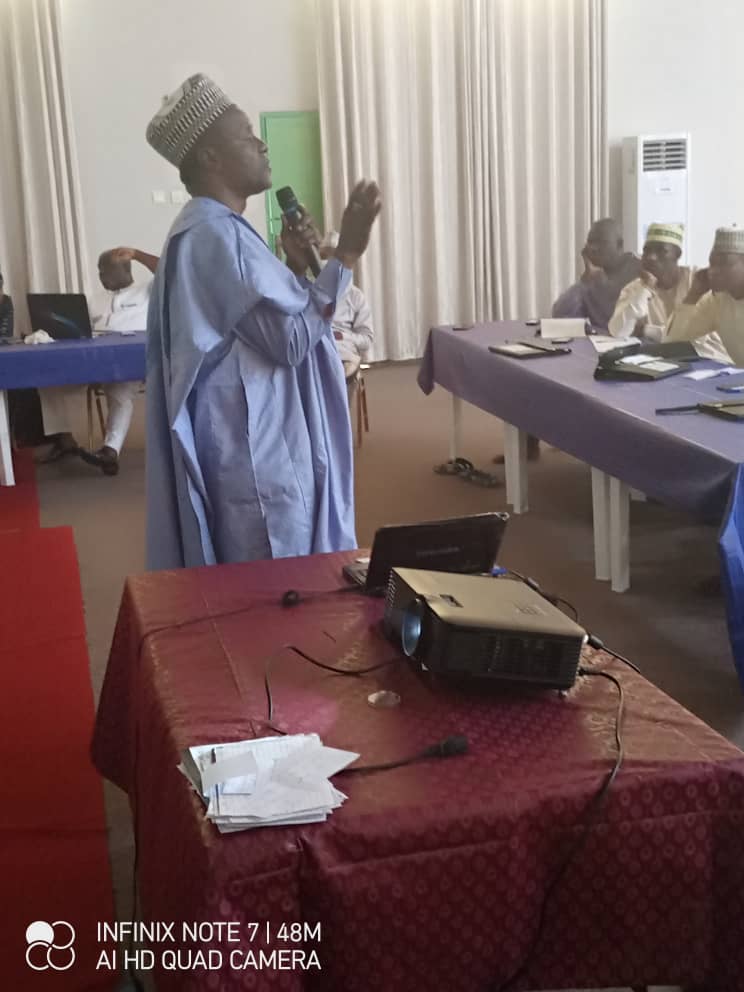 The ICPC Chairman of the Independent Corrupt Practices and Other Related Offences Commission (ICPC), Professor Bolaji Owasanoye, SAN has urged Gombe State Government to digitize its revenue generation drive in order to minimize the incidence of corruption.

Giving the advice in Gombe at a recent 2-day capacity building workshop for senior officers of Gombe State Revenue Service, Professor Owasanoye stated that the capacity building and the target participants were apt because without revenue there was little or nothing government could do to provide basic amenities for the people.

Represented by the Director, Public Enlightenment and Education, Alhaji Mohammed Ashiru Baba, fsi, Professor Owasanoye observed that using technology in revenue generation drive would not only reduce corruption, but also boost the revenue profile and protect government officials from being prosecuted on the account of corruption.

Professor Owasanoye said that remitting revenue directly to government electronically would reduce the incidence of person-to-person contact, thereby eliminating the tendency for revenue officers to short-change the government and also reduce the chances of tax fraud involving individuals and corporate organizations, adding that deploying technology to drive the state revenue would also promote transparency and accountability in the system.

He commended the foresight of Gombe State government in organizing the capacity building, saying that he had expected nothing less from the State Governor, Alhaji M.I Yahaya, who himself is a Chartered Accountant and one – time Commissioner of Finance.

Speaking at the occasion, the Executive Chairman of Gombe State Internal Revenue Service, Alhaji Abubakar Inuwa Tata said that the decision to organize the capacity building for staff of the Revenue Service was informed by the determination of Gombe State Government to equip them with relevant and necessary information and knowledge to avoid falling foul of anti-corruption laws.

Alhaji Tata, represented by the Director, Standards and Compliance, Mr. Nuhu Bulus said that the capacity building was also intended to reduce fraud in the revenue generation drive, thereby boosting the revenue profile of the State Government.

The 2-day Capacity Building was organized for officers of the Gombe State Internal Revenue Service on the theme: The Art and Practice of the System of Integrity and Value Governance as a Panacea to Curbing Corruption. Sixty (60) participants, all staff of Gombe State Internal Revenue Services attended the workshop, facilitated by resource faculty drawn from ICPC, ACAN, and private individuals.