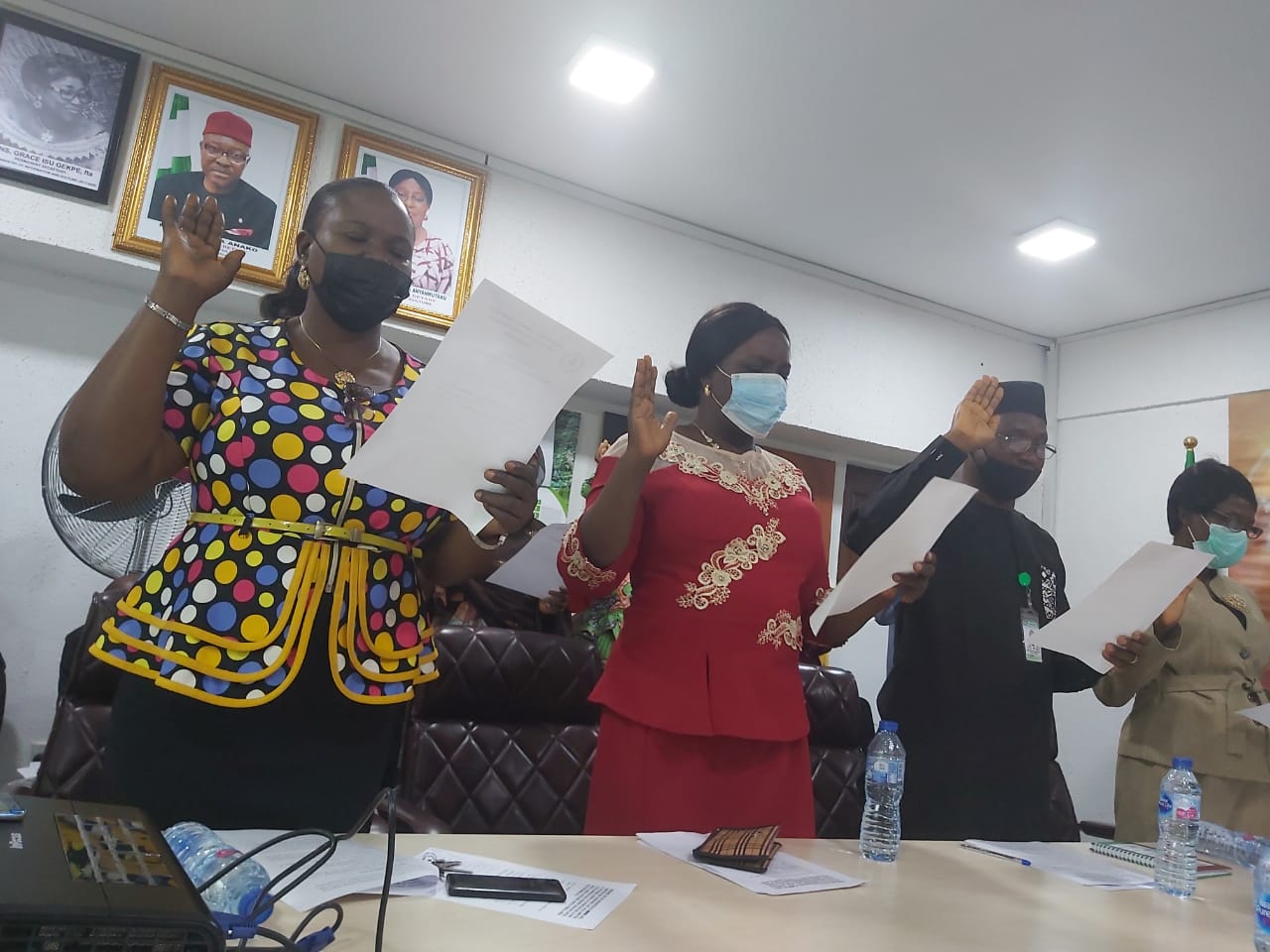 ICPC reconstitutes ACTU of Federal Ministry of Information and Culture

…charges them to be more passionate about their mandate

The Chairman of the Independent Corrupt Practices and Other Related Offences Commission, ICPC, Professor Bolaji Owasanoye, SAN has called on the Anti-Corruption and Transparency Unit (ACTU) of the Federal Ministry of Information and Culture to be more active and passionate about their mandate.

Professor Owasanoye gave this charge at the reconstitution of the ACTU of the Ministry which held recently.
Owasanoye who was represented at the event by Mr. Lawrence Abuo of the Systems Study and Review Department, ICPC lauded the effort of the management of the Ministry for being alive to their responsibilities, which was evidenced in the important and proactive awareness by their campaigns during the COVID-19 pandemic.
He however, noted that to sustain the image and improve on public confidence, it was important for the Ministry to have in place systems and processes, which would help them drive their core values and guarantee staff integrity.
In his words, “From our records, the ACTU of this Ministry has been dormant for a while and it is hoped that with this inauguration, the Unit would be passionate to deliver on its mandate which include periodic sensitization of staff on and against corruption; examination of systems, processes and procedures that are prone to corruption and proffering solutions”.

He called on the management to support the Unit by providing a conducive environment for it to function, funds, office space as well as incorporating its members into various Standing Committees as contained in the extant circular of government Ref. No: OHSCF/SPSO/CSTD/314/T2/61 dated 5th October 2016.

To the newly appointed members of the Unit, Owasanoye said: “work zealously and efficiently in discharging the mandate that has been given to you; do not witch-hunt, betray the confidence reposed in you and avoid any questionable act given the strategic role you are expected to play”.

In her welcome address, the Permanent Secretary of the Ministry, Dr. Mrs. Ifeoma Adaora Anyanwutaku said that the reconstitution of the ACTU became necessary following a “lull in operation due to the posting out of key officers to other Ministries”.

She gave the assurance that the officers nominated had been scrutinized and selected from their various departments for their proven integrity, hard work, and dedication to duty while expressing the hope that they would be able to handle the assignment of a corruption-free environment in the Ministry.

In her acceptance speech, the Chairman of the Unit, Mrs. Ofunne Veronica expressed the appreciation of her team to ICPC for initiating ACTU which is aimed at reducing corruption to its barest minimum in Ministries, Departments and Agencies of government.

“We will be loyal while ensuring that transparency and diligence will be our watchword in carrying out our duties”, she pledged.