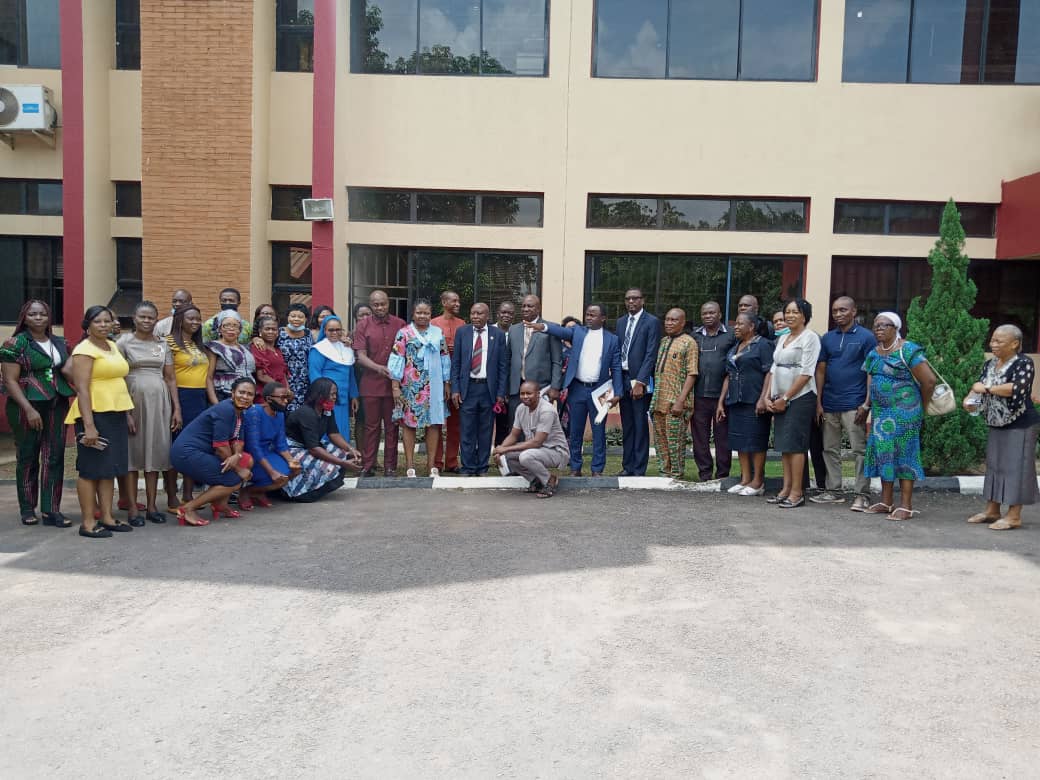 The Independent Corrupt Practices and Other Related Offences Commission (ICPC) has warned public servants against influencing contract files of interest by promoting payment of same.

The Enugu State Resident Anti-Corruption Commissioner (RAC) of the Commission, Mr. Amedu Sule, Esq. gave the warning during a sensitization programme organized for the management and Staff of Enugu State Universal Basic Education Board (ENSUBEB) in Enugu recently.

Sule said that contract bidding files must at all times and in all circumstances follow due process, adding that influencing a contract of interest and promoting payment is an offence under the ICPC law.

Presenting a paper titled “The Role of Public Servants in the Fight against Corruption”, the RAC pointed out that public servants were not to be swayed by personal interest while performing their duties.

“The law does not allow any public servant to give assistance to a contract file in the course of performing their duties either by way of influencing or paving way for a particular contract file to be paid for while others are not attended to,” he said.

Sule said that such an act was punishable under Section 22 (1a) of the Corrupt Practices and Other Related Offences Act 2000.

He reiterated that public servants were expected to display high moral values, right attitude to work as well as imbibe the spirit of integrity, transparency and accountability while performing their duties.

The State Commissioner pointed out that such traits would help reduce the level of corruption and its related vices in the public service.

He therefore admonished all Nigerians irrespective of their backgrounds to imbibe the values of integrity and honesty.

Speaking on the objectives of the programme, Mr. Suleiman Achile of the Public Enlightenment and Education Unit of ICPC, stated that the programme aimed to create a synergy between the two organizations, and enlist the support of ENSUBEB staff in the fight against corruption, stressing that anti-graft agencies cannot fight the scourge alone.

Achile called on participants at the programme to take charge of the fight against corruption by reporting, rejecting and resisting the menace in whatever guise it may appear, and read out the communication channels through which members of the public could report corruption cases to the ICPC.

Earlier, the Executive Board Chairman of ENSUBEB, Chief Asogwa Ikeje commended the Commission for embarking on the sensitization exercise.

Asogwa, who was represented by the Board Secretary, Dr. Hyginus Eze also commended the ICPC for its approach in the fight against corruption.

He pointed out that the sensitization programme would assist management and staff of the Board in understanding the activities of the Commission, as well as equip them with the requisite knowledge about the workings of the ICPC in the course of discharging their duties.

Ikeje used the opportunity to inform the ICPC that his administration was transparent in handling the finances of the Board, adding that they had no issues of petitions against any public official from the Board. Highlight of the event was the presentation of IEC materials by the RAC to the Executive Chairman of the Board.