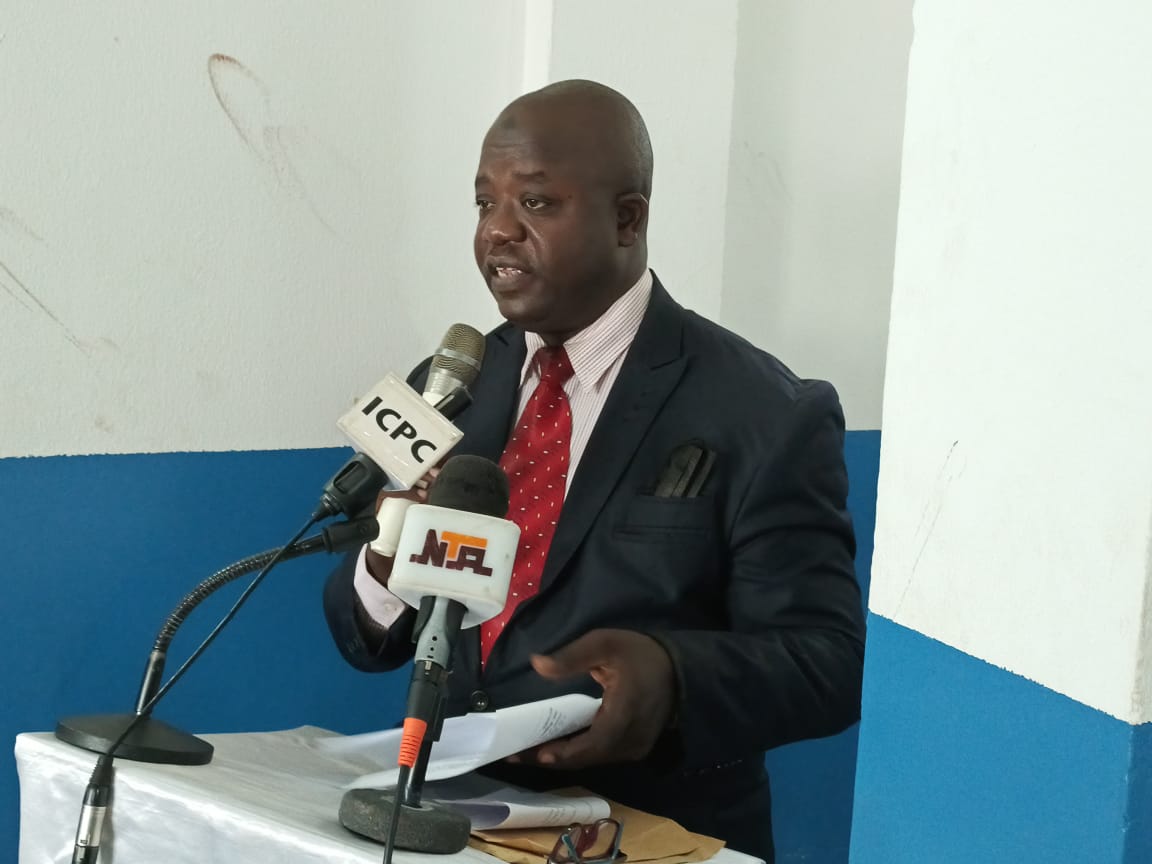 The Chairman of the Independent Corrupt Practices and Other Related Offences Commission, Professor Bolaji Owasanoye, SAN, has stated that the fight against corruption and other related offences could only be sustained when our deeds are built upon absolute belief and fear of God, and doing righteous deeds at all times.

Professor Owasanoye, represented by Assistant Commissioner of the Commission, Mallam Hassan Salihu, said this recently in Abuja during a National Anti-Corruption Conference organized by the Youth Development and Moral Rebirth in collaboration with Nawair-Ud-Deen Society of Nigeria Youth Wing to mark the World Anti-Corruption Day.

Making a presentation titled: Religious Inclusion Towards Combatting Corruption: Alternative and Sustainable Approach; he justified the inclusion of religion in combatting corruption as an act of obedience to the Almighty God’s instruction of enjoining the good and restraining the bad.

He further explained that Islam prohibits corruption, excessive love of wealth, greed, unhealthy competition for materialism that push people to the commission of corrupt practices. “Truly man is to his Lord ungrateful. And to that (fact) he bears witness. And violent is he in his love of wealth…” (Qur’an 100:6-8).

The former Minister of Communications, Adebayo Shittu, who served as the Chairman of the National Anti-Corruption Conference, asserted that the citizenship of the country shrinks on a daily basis and this required that EFCC, ICPC or CCB should initiate new laws, and further emphasised that the intervention of religious leaders in the fight against corruption would be another means of sustaining the crusade.

The Honourable Minister of Education, Mallam Adamu Adamu, represented by the Secretary General of National Commission for ICESCO Mallam Ibrahim Bashir, encouraged the use of religion in the building of moral values; ethical standard and principles of honesty in the youths; adding that Islamic education should be encouraged to achieve a corruption free Nigeria.
Some notable dignitaries that participated at the Conference were the Rector of Kaduna Polytechnic, the Vice Chancellor of Kaduna State University, the Vice Chancellor of Federal University Gusau and the National President and Chief Imam of Nawair-Ud-Deen Society of Nigeria.