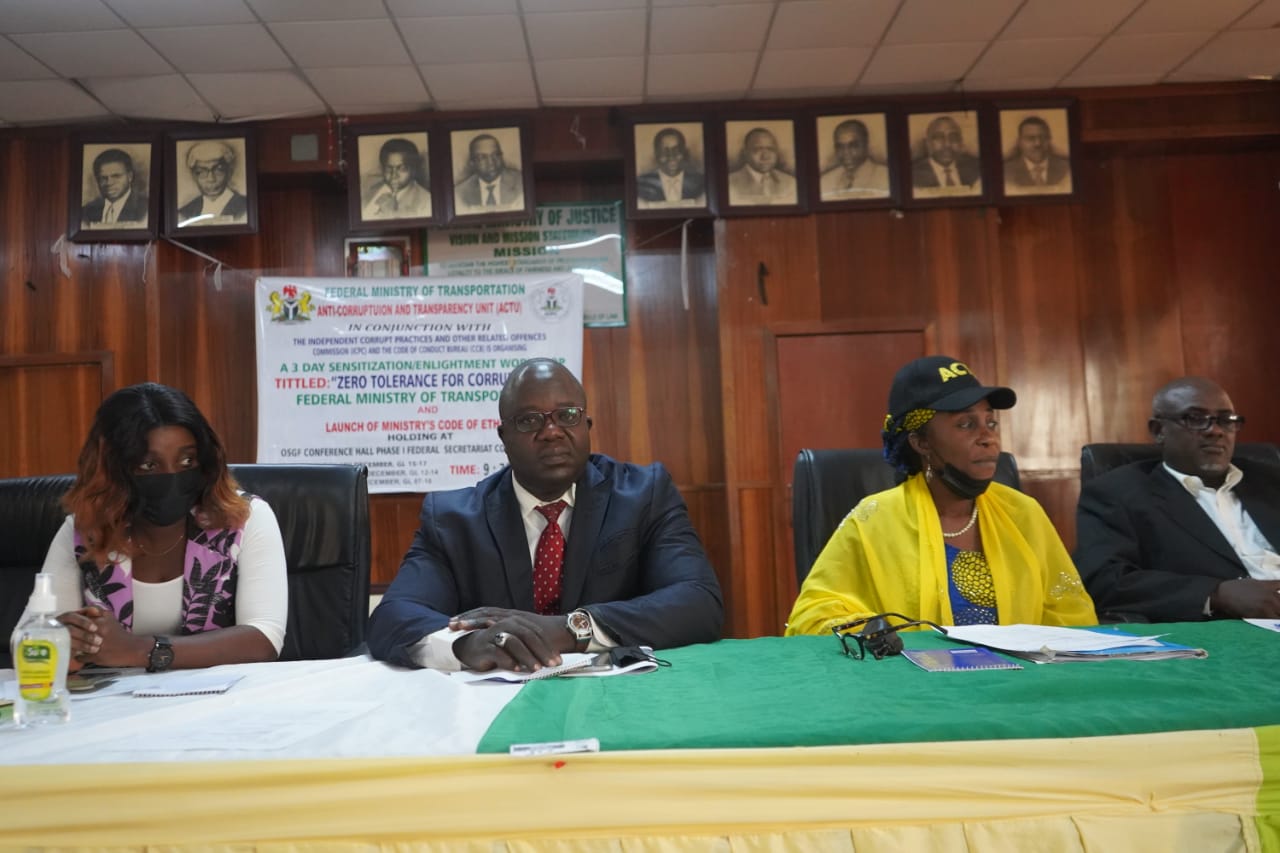 ICPC Launches Code of Ethics in Federal Ministry of Transportation

The Chairman of the Independent Corrupt Practices and Other Related Offences Commission (ICPC), Professor Bolaji Owasanoye, SAN, has called on Nigerians to shun acts of corruption because of their negative effects on growth and development.

Professor Owasanoye made the call through Assistant Commission, Hassan Salihu, during a 3-day sensitization and enlightenment workshop and the launching of a Code of Ethics for the Federal Ministry of Transportation by the Anti-Corruption and Transparency Unit (ACTU) of the Ministy in Abuja recently.

The ICPC Chairman noted that transportation was a key sector in the economy without which the economy would not be healthy, resulting in untold suffering for citizens.

He lamented that corruption was killing Nigeria and therefore called on participants to join hands in killing it.

In her welcome address, the Permanent Secretary, Federal Ministry of Transportation, Dr. Magdalene Ajani, who was represented by Mrs. Olufunke Salami, praised the ACTU for their initiative in putting together a code of ethics for the Ministry.

Dr. Salami pointed out that the prevailing decadence that characterized Nigeria today was as a result of loss of ethical standard and values, adding that issues of ethics, values and national security as panacea for growth and development cannot be overemphasized.

The permanent secretary further noted that corruption not only retards the development of nations but also breeds discontentment, hatred, anti-social attitudes and other vices. She therefore urged participants to join hands in blocking all avenues through which corruption thrives.

She concluded by pledging the Ministry’s support to the ACTU saying “I wish to, on behalf of the management of the Ministry, express our full support to the actualization of the goals and objectives of ACTU in ensuring transparency, accountability and effective service delivery, as well as partnering with ICPC and other anti-corruption agencies in their quest to reduce the incidence of corruption to the barest minimum.”