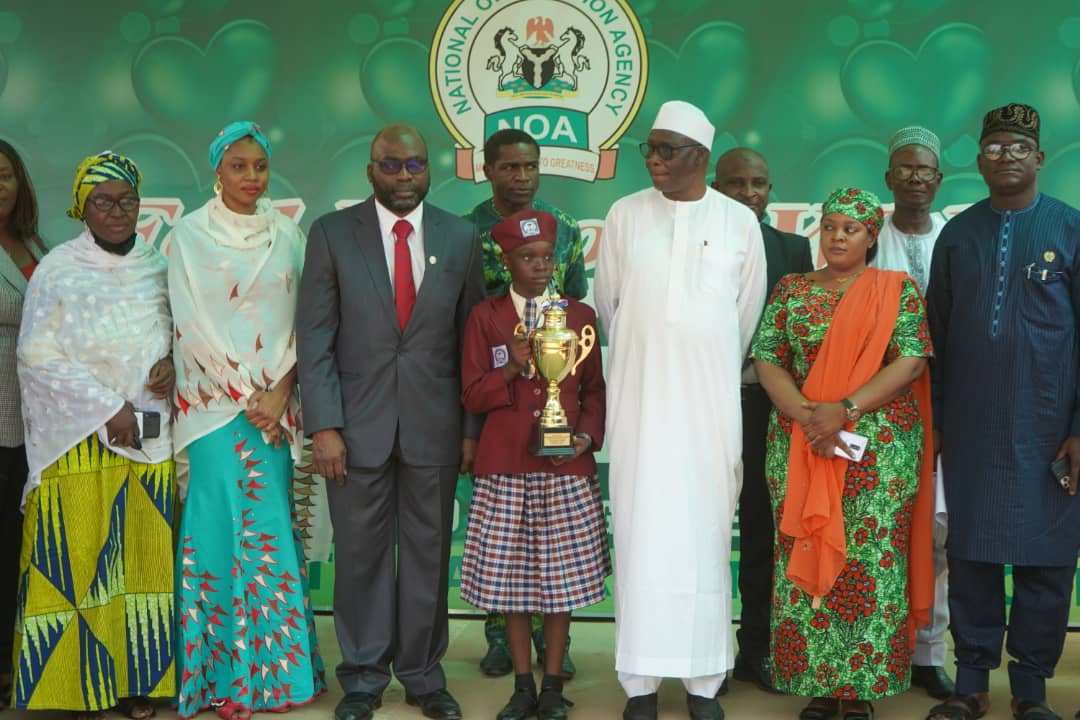 The Chairman of the Independent Corrupt Practices and Other Related Offences Commission (ICPC), Professor Bolaji Owasanoye SAN has called on Nigerians to imbibe and promote the seven core values of Human Dignity, Voice & Participation, Patriotism, Personal Responsibility, Integrity, National Unity and Professionalism, as contained in the National Ethics and Integrity Policy.

Professor Owasanoye, stated this while making his remarks at the grand finale of a nationwide maiden edition of Integrity Clubs’ competition amongst schools organized by the National Orientation Agency (NOA), on the theme: “Fall in Love with Nigeria… My Role in Making A Nigeria of My Dream”, adding that the Nigerian nation could be moved forward if the youths imbibe the values.

While highlighting the importance of the youths in nation building, the Chairman listed the platforms introduced by ICPC to engage the youths in the fight against corruption, and explained that in the long run, “after passing through those stages of anti-corruption mentoring processes, before assuming positions of trust in public and private callings, the youth would have developed zero tolerance for corruption”.

He further stressed that “National Ethics and Integrity Policy was conceived and delivered out of the urgent need to resuscitate and rejuvenate our lost values of honesty and integrity as a nation.”

The ICPC boss reiterated the critical role value re-orientation plays in the fight against corruption, noting that this led to the collaboration between ICPC, the Office of the Secretary to the Government of the Federation (OSGF) and the NOA in developing the National Ethics and Integrity Policy.

Speaking on the competition, the Commission’s boss declared that it was a practical testimony of the NOA’s commitment to the fight against corruption among the youths.

Earlier, in his opening remark, the Director-General (DG) NOA, Dr. Garba Abari, bemoaned that Nigeria which used to be the most respected African nation “has gradually become one of the most vilified, scrutinized and disrespected nations on earth, largely because of our own poor attitudes to ourselves and others.”

The DG therefore called for a national self-rediscovery, saying that efforts such as “this patriotism reorientation programme can provide an opportunity for national introspection which facilitates national rebirth and peace.”

He added that ethics and integrity, personal responsibility can sustain the peace that has been built over the years and sustaining the peace must remain a national priority.

Dr. Abari expressed gratitude to ICPC for sponsoring the trophies for winners of the National Ethics and Integrity Competition for Integrity clubs established in schools in every state of the Federation.

Highlights of the event included the presentation of a trophy to the overall winner of the Competition, Nicole B. Magaji of Divine Favour International Academy, Jalingo, Taraba State, by the ICPC Chairman.

There was also presentation of awards to the first runner-up from Atap International School, Bauchi, and the second runner-up from Government Science Secondary School, Nasarawa Eggon. The presentations were streamed live via Zoom. This was followed by presentation of trophies to state winners by the NOA State Directorates and the ICPC State offices.

The event also featured the presentation of the National Civic Responsibility Award to an up-coming artist from Bayelsa, Bobby Chant, who thrilled the audience with his song, and the unveiling of the Fall in Love with Nigeria billboard.