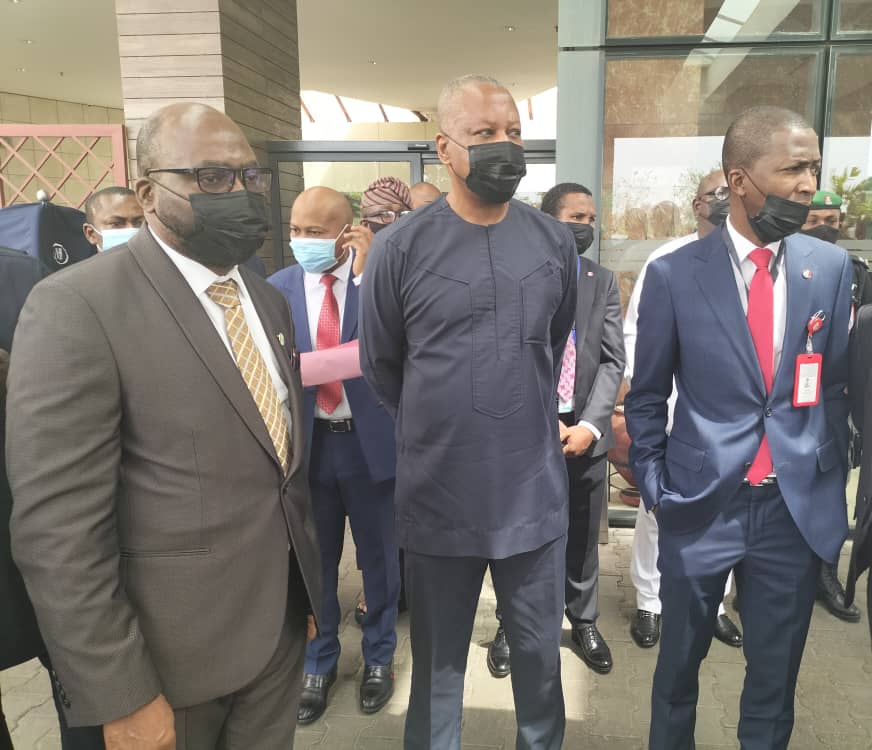 The Chairman of the Independent Corrupt Practices and Other Related Offences Commission (ICPC), Prof. Bolaji Owasanoye, SAN, and the Hon. Minister of Foreign Affairs, Mr. Geoffrey Onyeama, have expressed concerns over the rising spate of political instability in the West African sub-region.

While Prof. Owasanoye blamed the recent military coups in three West African countries of Mali, Guinea and Burkina Faso on corruption and other negative political and economic factors, Onyeama noted that the region was gradually slipping back into the dark days of military rule.

The ICPC Chairman and the Minister both raised their concerns at the 5th Annual General Assembly of the Network of National Anti-Corruption Institutions in West Africa (NACIWA), held in Abuja, with the theme “The Role of Regional Economic Communities in the Implementation of the African Union Convention on Preventing and Combatting Corruption” and sub-theme, ‘United to combat Corruption in West Africa.”

Owasanoye expressed worry that the forceful change of democratic governments in Mali, Guinea and Burkina Faso, partly due to lack of implementation of anti-corruption treaties by member countries, have regressed the gains of democracy within the sub region.

He said, “Let me note with concern that the sub region has in the past two years witnessed a resurgence of military takeover of governments and a reversal of years of gains of democratic culture in our 15 nation regional member states.

“Every student of West African history knows that social discontent is always a factor in the forceful takeover of governments by military juntas. The current wave of coups is however occasioned by a mix bag of issues within the sub-region including regional political instability, insecurity, absence of rule of law, weak institutions and of course, corruption in government and governance.

“One can surmise that the inability of our institutions to fully implement our individual mandates and by implication the regional treaty obligations is a contributing factor to the resurgence of unconstitutional takeover of government within the West African sub region.”

The ICPC boss further expressed worries that corruption and political instability within the sub-region have weakened economic and infrastructural development in member countries of NACIWA.

His word, “The presence of these factors and more, but most especially weak institutions of state and corruption in government and governance has and continues to undermine development aspirations of the region and makes ordinary people welcome change of government no matter how implemented, in the hope that livelihood will improve.”

He opined that the way forward for the sub-region to enjoy stability in democratic governance and development was for member-countries to criminalize corrupt practices and adopt legislative, policy and technical measures for the prevention and detection of corrupt practices.

On his part, the Foreign Affairs Minister, who declared the conference open, lamented that the sub-region, recognized as the bastion of democracy, was beginning to slip back into the dark days of military government.

He stated that there was need for a shift in strategy adding that Nigeria has always demonstrated commitment to fight corruption and promote development in the sub region.

Onyeama stressed that Nigeria was the first to ratify the ECOWAS Protocol on the fight against corruption and was one of the driving forces at the United Nations General Assembly pushing for the repatriation of funds stolen from the sub-region through Illicit Financial Flows (IFFs).

He added that Nigeria would support NACIWA in capacity development while also assuring ICPC and EFCC of government’s support in combating corruption in the sub-region.

Also speaking at the event, the Chairman of the Economic and Financial Crimes Commission (EFCC) Mr. Abdulrasheed Bawa, stated that Nigeria having prioritized the fight against corruption, had facilitated capacity development for NACIWA member-countries.

Bawa told the gathering of EFCC’s convictions and cash recoveries from corrupt persons in the previous year to demonstrate Nigeria’s commitment to fighting corruption.

He added that EFCC has been able to stem the illicit movement of funds across borders within the sub-region especially by politically exposed persons.

The outgoing President of NACIWA, Francis Ben Kaifala of Sierra Leone, in his welcome address, said that the union has been useful in supporting cross border investigations of corruption cases as well as assisting in asset tracing and recoveries in the sub-region.

He lamented that three members were delinked as a result of military interventions in Mali, Burkina Faso and Guinea.

The Chairman of EFCC, Bawa was later elected the new Chairman of NACIWA at the event following the end of tenure of the previous executive.

PrevPreviousN1.1bn Fraud: You have a Case to Answer, ICPC tells Lawyer
Next14 years imprisonment: Appeal Court Upholds Conviction of a Deputy Director over N8m Job ScamNext