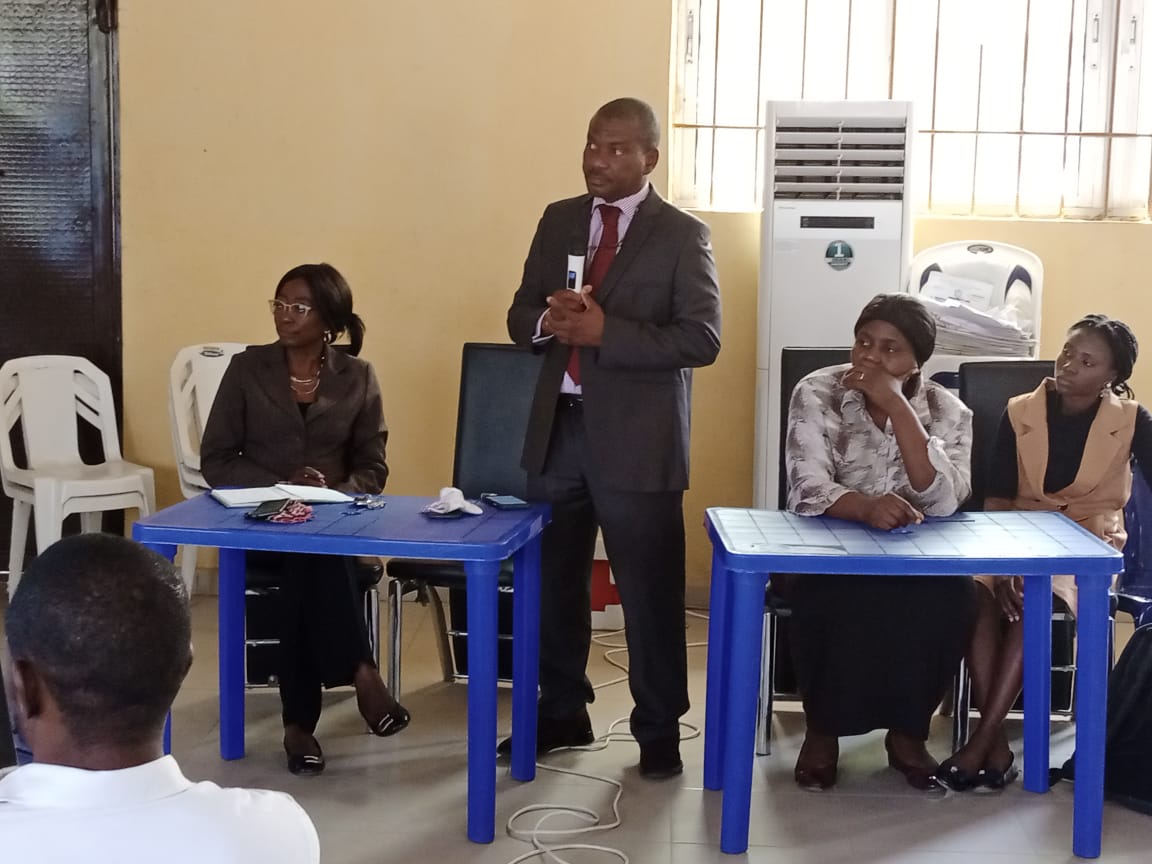 In its bid to prevent corruption and related offences in the education sector, the Independent Corrupt Practices and Other Related Offences Commission (ICPC) in collaboration with the Benue State Universal Basic Education Board (BSUBEB) organized a one-day sensitization lecture on the National Values Curriculum (NVC), for the executive and management staff of the agency.

The programme which was aimed at discussing how to inculcate sound moral values in youths, as well as achieve the goal of raising a generation of morally upright Nigerians, took place at the multi-purpose hall of BSUBEB, Makurdi, recently.

In his opening remarks, the Chairman of the Board, Comrade Joseph Utse, expressed the desire of BSUBEB to partner with ICPC in infusing and implementing the curriculum among students, and therefore urged the participants to attentively participate and interact freely with ICPC while reminding them that the forum was designed to sensitize BSUBEB officers on the steps to be taken in the implementation of the curriculum.

While delivering his paper titled: “ICPC’s Intervention in the Education Sector: the National Values Curriculum”, the Resident Anti-Corruption Commissioner of ICPC, Benue State, Mr. Chile Ogwuegbu gave a brief background of ICPC, and emphasized that the Commission identifies youths as critical stakeholders in the fight against corruption.

Speaking on values, Mr. Ogwuegbu said that they were societal norms that revolve around ethical conduct and integrity, adding that “the Nigerian society had been known for its rich cultural values of honesty, the fear of God, integrity, truthfulness, respect for elders, constituted authorities and the values of doing the right thing even when no one is watching”.

He said, it was in an effort to resuscitate these values that ICPC engaged in values rejuvenation and re-orientation by introducing the National Values Curriculum, adding that the Curriculum was to fill an ethical gap observed in the country’s educational system and to expose the Nigerian child to a sustained value-based curriculum.

Explaining further, he said that, since the NVC could not be taught as a subject on its own because of the over-stretched timetable, its elements were infused into already existing school subjects such as Civic Education, English Language, Social Studies, Christian Religious Studies and Islamic Religious Studies at basic levels.

He mentioned the development of a Teacher’s Guide on the NVC and teacher orientation workshops which were meant to help the teachers impart the knowledge of the values in the curriculum to the students.

He therefore sought the partnership of the BSUBEB to train more teachers on the implementation of the curriculum to achieve these goals.

In his vote of thanks, the Board Secretary, Mr. Agbo Ochekpe, while commending ICPC for the programme, assured the Commission of the cooperation of the Board.