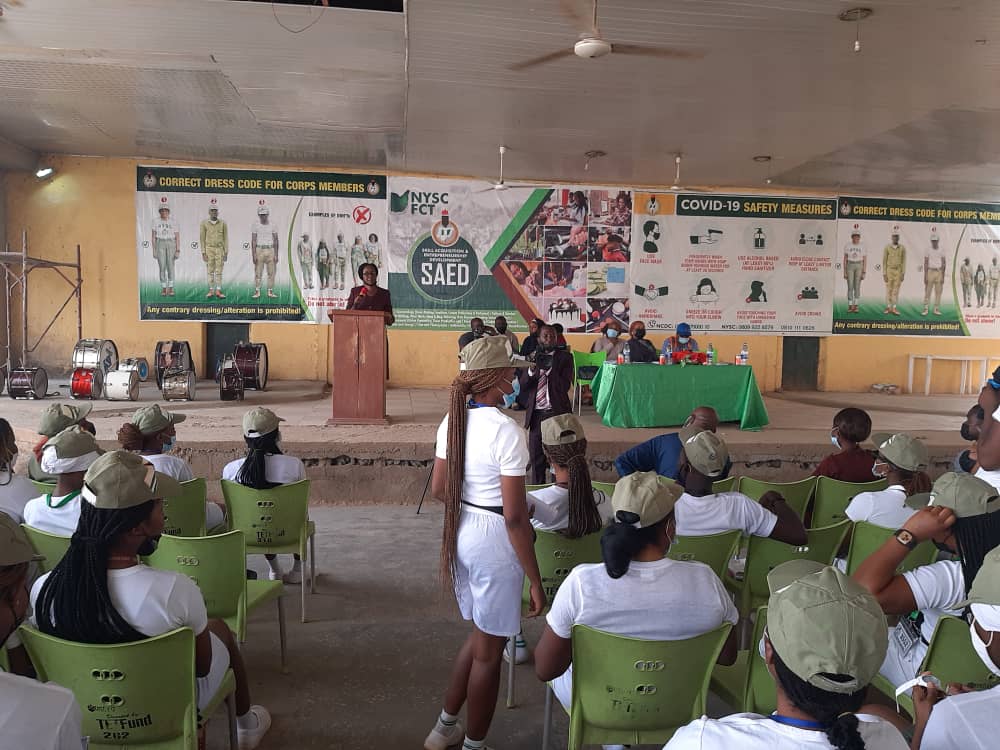 The Independent Corrupt Practices and Other Related Offences Commission (ICPC) has charged Youth Corps members to champion the whistle-blowing approach to eradicating corruption in the country.

In her paper titled: “Youths in the Fight Against Corruption”, Mrs. Ozor Ijeoma harped on the need for the youths to champion the fight against corruption by upholding honesty and integrity in their daily activities.

She listed vices that constitute corruption to include falsification of documents, abuse of public office for private gains, examination malpractices, job racketeering, and misappropriation of funds, adding that the general misconception that “poverty is one of the causes of corruption is false.”

“If I’m poor today, there’s hope tomorrow and that does not give me the right to go and steal. You’re meant to work on yourself and improve on your skills and not engage in corrupt vices because of poverty” she said.

While listing economic instability, moral decadence, impunity and impartial justice as some of the effects of corruption, Mrs. Ozor said, “As a youth, we are encouraging you to be whistle-blowers and minimize negative influences and maximize positive ones.”

Speaking on the core mandate of the ICPC and how the Commission has been enlightening the general public on the ills of corruption, Mrs. Ozor revealed different initiatives the Commission had put in place to execute its mandates including the formation of the Anti-Corruption and Transparency Units (ACTUs) in all the MDAs, the National Ethics and Integrity Policy (NEIP), Constituency Executive and Project Tracking Initiative (CEPTI), Anti-Corruption Clubs and Vanguards, amongst others.

She urged the Youth Corps members to key into these initiatives in their capacity saying, “ICPC cannot be everywhere, that is why we have the Anti-Corruption Vanguards where youths like you can be the eyes of ICPC and preach the gospel against corrupt vices in our society.” she urged.
About 2,200 youth corps members at the orientation camp were in attendance.