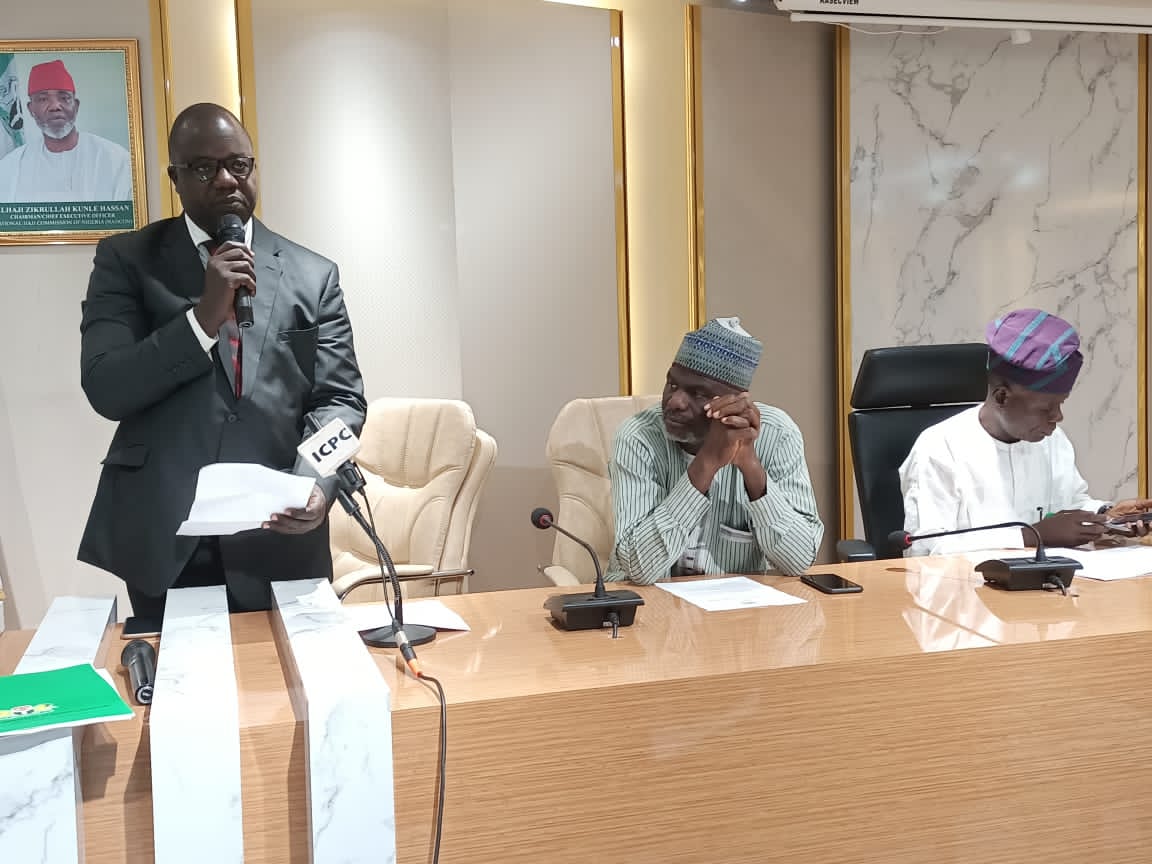 The Chairman of the Independent Corrupt Practices and Other Related Offences Commission (ICPC), Professor Bolaji Owasanoye, SAN, has urged the Board of the National Hajj Commission of Nigeria (NAHCON) to infuse the National Ethics and Integrity Policy (NEIP) into its operations for the purpose of addressing ethical deficiencies and lack of integrity in Nigeria.

Professor Owasanoye, who was represented by Mr. Hassan Salihu, an Assistant Commissioner, stated this during an Integrity Forum Award Ceremony to honour outstanding and deserving staff of NAHCON.

The ICPC Chairman stressed that the state of extreme dishonour that lack of character in service has caused the country and its citizenry should be out rightly uprooted.

He urged all NAHCO staff to own and practise the values of the NEIP including propagation of its principles in offices, homes, within the country and during Hajj operation in Saudi Arabia.

He added “I enjoin all of you to imbibe core values of the Policy, which include human dignity, voice and participation, patriotism, personal responsibility, integrity, national unity and professionalism.”

The highpoint of the event was the presentation of an Award tagged: NAHCON Mr Integrity for the year 2021 to Mr. Dan-Asabe Abdullahi Ridwan by the Executive Chairman of the Hajj Commission, Malam Zikurallah Olakunle Hassan.

Mr. Ridwan was also honoured with a gift of a refrigerator, cash of N50,000 from the management of NAHCON and personal cash gifts by some staff and guests at the occasion.

The Hajj Commission Chairman further stated that “The gentleman Mr. Dan-Asabe Abdullahi Ridwan passed all integrity test conducted by the Anti-Corruption and Transparency Unit (ACTU) and testimony of his superiors have qualified him to be named: NAHCON Mr Integrity for the year 2021”.
The ICPC boss, congratulated the outstanding staff of the year, as he enjoined other Staff of NAHCON to emulate him saying “It is without doubt that the award will serve as an encouragement to others to also uphold integrity.”