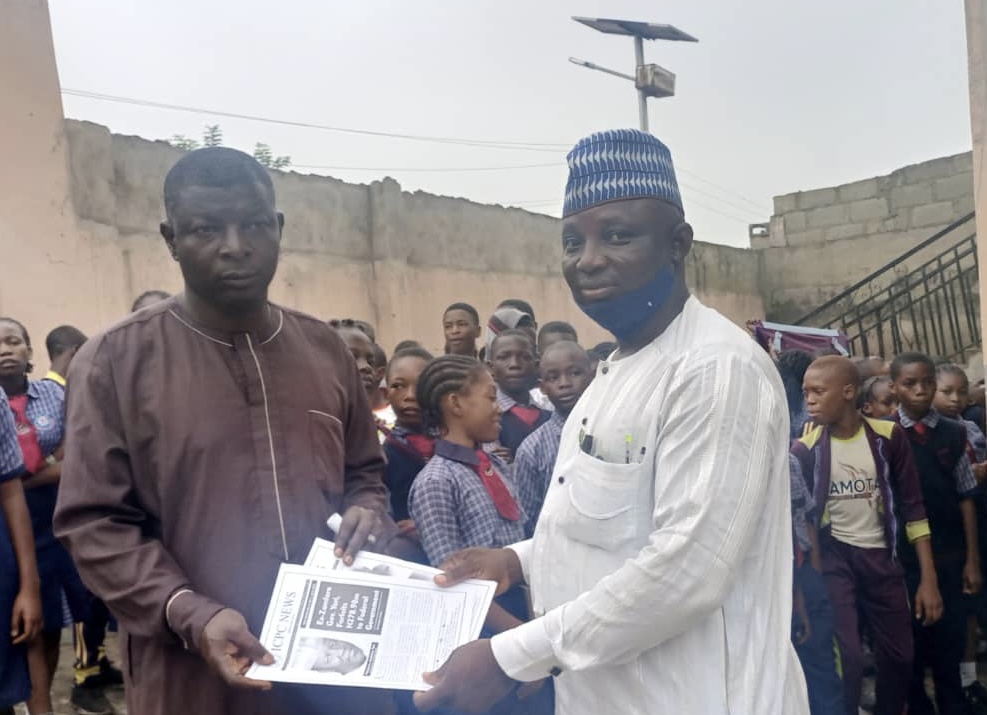 To Whom Much is Entrusted, Much is Expected” – ICPC to SAC

The Independent Corrupt Practices and Other Related Offenses Commission (ICPC) has admonished students of Damotak International School, Osogbo, Osun State on the need to imbibe the culture of integrity. The charge was made during the sensitisation of members of Student Anti-Corruption Club of the school.

Delivering a lecture at the event titled “Integrity: A Bedrock to Development and a Seed for Achievement”, Winifred Ingobro of ICPC, Osun State office said the lecture was aimed at enlightening and catching the students young and also sensitising members of the club on the importance of integrity as well as their duties towards curbing the menace of corruption in the society.

Ms. Ingobro further said that, “To whom much is given, much is expected”, hence the importance attached to youths in the fight against corruption by the Commission, resulting in educating them on the right things to do. She added that they are expected to put what they were taught into practice by being obedient, morally upright, diligent and orderly.

Speaking at the occasion, Mr. Laaro Sulyman also of ICPC, maintained that “if you have integrity, you have it all and if you lack integrity, you lack all”. He suggested that some campaign materials against corruption such as jackets with the inscription of anti-corruption should be worn by the school Club excos during the examination period to serve as a warning message to other students to shun examination malpractices.

In her remarks, the school proprietress, Mrs. Alice Akintoye, urged the students to kick against corruption due to its negative effects on the society. She gave examples of people who indulged in corrupt practices thathave been brought to book by the Commission.

She concluded by saying that “there is reward for upright people and God rewards upright keeper”.

IEC materials were presented to the students at the end of the occasion to aid their learning and duties as anti-corruption club members.