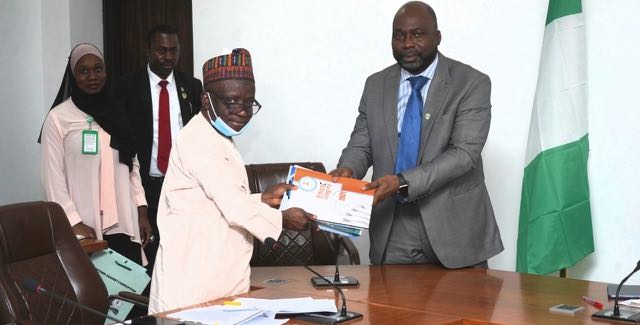 The Director, Land Administration FCT, Adamu Jibrin Hussain, during a courtesy visit to ICPC headquarters in Abuja, recently, said that the partnership will help to address some of the challenges in the agency which included impersonation and cloning of documents, manipulation of systems for private gain, fake acquisition of land by fake agents, and tampering with land records.

Hussain stressed that the essence of the visit was to enhance service delivery through a harmonious partnership with ICPC as one of the key agencies fighting corruption in Nigeria, as well as enlighten the Commission on what they do in the different departments.

The Director added that the collaboration will also enable the agency to share relevant data with the Commission to aid its operations.

In his response, Chairman of ICPC, Prof. Bolaji Owasanoye, SAN, stated that the visit was significant as the Federal Capital Development Authority (FCDA) played an important and relevant role to development, adding that it was therefore imperative to cleanse the system of corruption and corrupt practices.

Prof. Owasanoye went further to say that it was necessary for the administration to apply strict punishment to individuals who engaged in fraudulent practices especially of the staff of the department noting that every agency was faced with the daunting challenge of dealing with fifth columnists.

The ICPC boss further advised the visitors to implement the recommendations of a system study conducted by the Commission on the agency stating that it will help solve most of the challenges.

The Chairman pledged the Commission’s readiness to work with the FCT Land Administration, adding that he was looking forward to having access to records which he said would help investigation and other operations of the Commission.