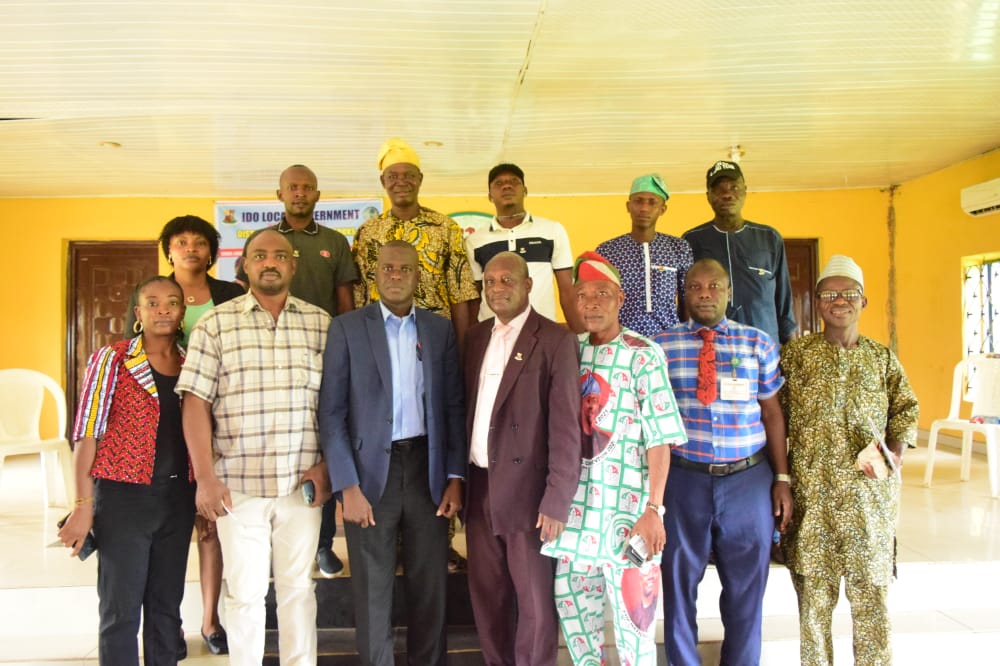 The Independent Corrupt Practices and Other Related Offences Commission (ICPC), has tasked the staff and members of Ido Local Government Council, Oyo State to shun every form of corruption that brings about underdevelopment to the Council, the state and the country in general.

This call was made to staff of the local government council by ICPC Oyo State Resident Anti-Corruption Commissioner (RACC), Mr. Dennis Idoko, who was represented by Mr. Bankole Akin-Taiwo, during a sensitisation programme at the Council headquarters.

In his paper titled, “Leading with Integrity”, Mr. Idoko stressed the need for all the workers of the Local Government, both career staff and political appointees, to be properly enlightened on the need to uphold integrity and avoid areas where they can err against the law.

He urged the participants to tread with caution when dealing with red flag areas like contract awards and public procurement, and to avoid contract splitting, abuse of office, gratification, etc.

The RACC pointed out that corruption greatly affects people at the grassroots, and combating the menace at this level will go a long way to improving the standard of living of the people, as the local government is the closest arm of government to Nigerians.

In his welcome address, the Secretary to the Local Government, Hon. Bamidele Lawal, thanked ICPC for taking time to come and sensitise the staff of the Council on issues of corruption. He urged the participants to pay attention as there is no ignorance in law.