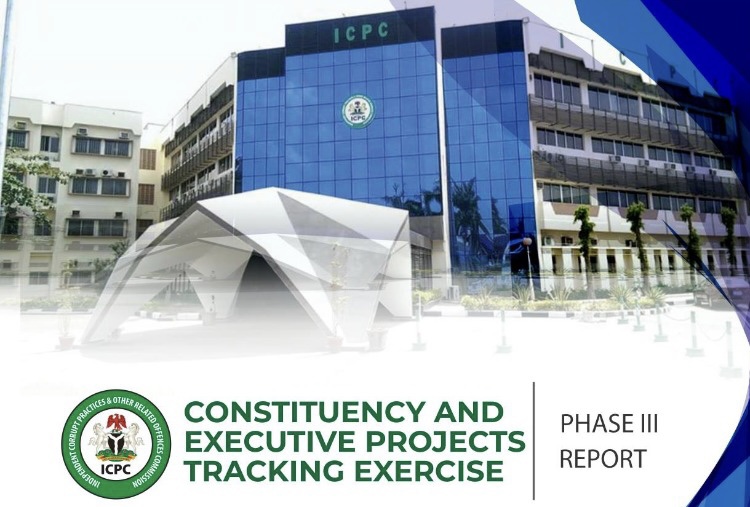 The Independent Corrupt Practices and Other Related Offences Commission (ICPC) has clarified that those found culpable of crimes of corruption in the execution of constituency and executive projects are adequately punished.

This statement was made by the Spokesperson of the Commission, Mrs. Azuka Ogugua, during a Twitter Space meeting organized by the Center for Fiscal Transparency & Transparency Watch, with the theme, “Addressing the Lingering Cases of Corruption in Constituency Projects”.

Ogugua explained that after the Constituency and Executive Project Tracking (CEPT) exercise, post tracking activities included following up to ensure that contractors of shoddily implemented projects go back to site to complete the projects, recoveries of diverted funds, further investigations with a view to prosecuting offenders, and community mobilization to own and protect the projects in their domains.

Responding to enquiries about prosecution of lawmakers, she emphasized that defaulters in the implementation of constituency projects are not necessarily the legislators but also contractors, staff of MDAs, and aides of the legislators.

She also stated that prosecution was not the only punishment meted out to defaulters but also refund of stolen/diverted funds (with an additional fine for gratification as contained in section 20 of the ICPC Act), administrative sanctions such as suspension and dismissal of public servants, and blacklisting of defaulting contractors.

Since the objective of the CEPT initiative was to ensure that the services were delivered to the people and there was value for money in the implementation of the projects and due process in the award of contracts, prosecution was not top priority as punishment.

Speaking on the way forward to solving the problem of corruption in the implementation of constituency projects, Ogugua listed on-going actions such collaboration with the leadership of the National Assembly to ensure that the legislators are made aware of what they are supposed to do, policy advisories issued by ICPC (eg. an advisory to the Federal Ministry of Finance which had resulted in funds for some projects domiciled in some MDAs being restrained), working with civil society and the media, as well as a public enlightenment campaign to sensitize the communities to own and protect projects in their domain.

Also speaking at the meeting, Mr. Akintunde Babatunde of the Centre for Journalism Innovation and Development (CJID) posited that a consequence management framework or mechanism should be put in place to deal with defaulters.

Other speakers at the meeting included Mr. Ameh Ejekwonyilo of Premium Times, Mr. Nick A., and Mr. Patrick Mendie who all agreed that more should be done to ensure that funds for constituency projects were not diverted.