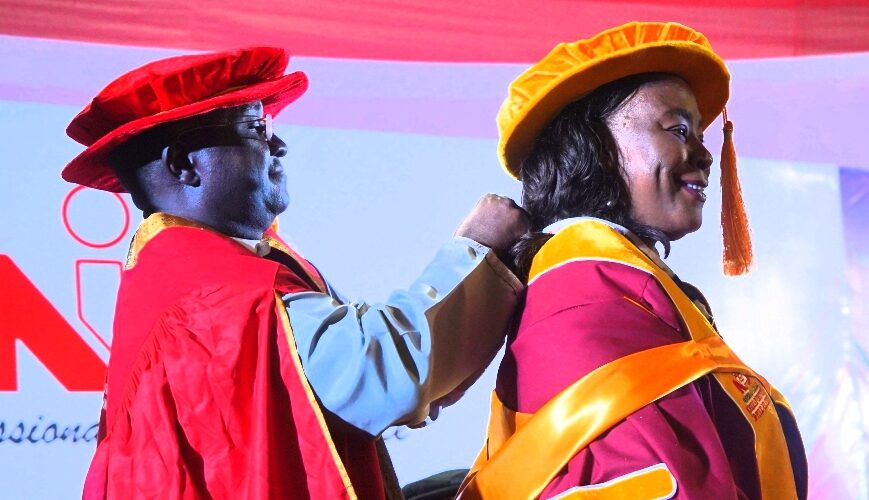 ICPC Spokesperson, 78 others inducted as Fellows of NIPR

The Spokesperson of the Independent Corrupt Practices and Other Related Offences Commission (ICPC), Mrs. Azuka Ogugua, and 78 other Nigerians were on Wednesday inducted as Fellows of the Nigerian Institute of Public Relations (NIPR), the body that regulates the practice of public relations in Nigeria.

Mrs. Ogugua, a Deputy Director in the Public Enlightenment & Education Department of the Commission, was decorated as a Fellow by the President & Chairman of the Governing Council of the Institute, Mallam Mukhtar Zubairu Sirajo at the 2022 AGM which held at the International Conference Center, Abuja.

In addition to the regular upgrade, the Institute had opened a special membership upgrade window “in response to the yearnings of members, to facilitate the processing of the upgrade of NIPR members who had lost precedence or proper categorization due to circumstances beyond their control”. It was this special upgrade window that gave Mrs. Ogugua and 61 of her colleagues the opportunity to attain the Fellowship.

Mrs. Azuka Ogugua, fnipr, was inducted as an Associate of the Institute in 2001. She is a trained teacher having obtained a B.Sc in Education Biology from the University of Nigeria in 1990. She further obtained an M.Sc in Public Relations/Marketing from the same university in 2001, and started her public service career in the Education Department of ICPC in 2002.

In June 2020, she was posted from the Education to the Public Enlightenment Department of ICPC as Ag. Head of Department and the Spokesperson to the Commission.

The new NIPR Fellows, who include technocrats from the public and private sector, university dons, statesmen and women, members of the armed forces and the Police among others, pledged to preserve and defend the Bye-Laws of the Institute and uphold its Code of Ethics and Professional Standards as approved by the Council, and also be up-to-date and as at when due in their financial responsibility to the Institute in order to maintain their status as Fellows of the Institute.