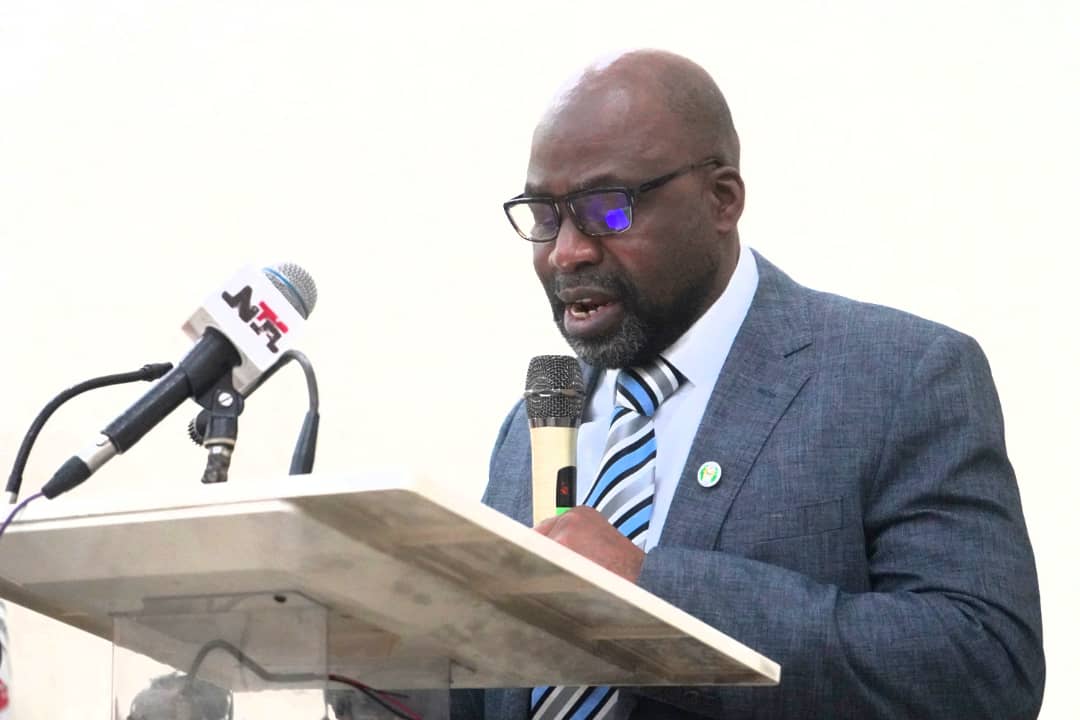 Sexual harassment in Nigeria’s Institutions of learning has become a cankerworm that has pervaded, not only higher institutions, but the elementary and secondary schools in the country as well.

Many examples of this ugly trend abound which has made many Nigerians call for the formulation of policies that will criminalize sexual abuses.

In light of this, the Independent Corrupt Practices and Other Related Offences Commission (ICPC), which is vested with the power to prescribe punishment for corrupt practices and other related offences, is taking a leading role in ensuring that the ugly trend of sexual harassment is eradicated from all institutions of learning in Nigeria.

Section 19 of the ICPC Act explains that “Any public officer who uses his office or position to gratify or confer any corrupt or unfair advantage upon himself or any relation or officer…. shall be guilty of an offence and shall on conviction be liable to imprisonment for five (5) years without the option of fines”. Sexual harassment in this case is a form of corruption as most perpetrators have been seen to be in a position of power over the victims.

To address the rampant reports of sexual harassment in the nation’s educational sector, ICPC, in partnership with Gender Mobile Initiative (GMI) and with support from Ford Foundation recently organised a Stakeholder Engagement on Sexual Harassment in Educational Institutions. The engagement featured the presentation of draft model policies for the nation’s educational institutions reviewed by stakeholders with recommendations for improvement proffered.

Speaking at the event, the Hon. Chairman of ICPC, Prof. Bolaji Owasanoye (SAN) told the participants that the stakeholder engagement was aimed at enlisting the input of civil society, government agencies, public and private educational institutions, the media, and other sectors to critically review the draft policies on sexual harassment.

According to him, ‘’The purpose of this engagement is to brainstorm and review the documents which the Commission and Gender Mobile have drafted in the hope that these documents would eventually be adopted as templates for educational institutions when drafting individual organizational sexual harassment policies.”

He said it would be a travesty of justice if students in schools who had for the past three years been at home either because of the COVID-19 pandemic, forced adjustments in the academic calendar, and recent industrial actions by labour unions in Nigeria finally resume only to become victims of another challenge – sexual harassment.

Sexual harassment, which he described as a form of corruption “is a deviation from the norm for an official of an institution to use his office or position to demand, receive, obtain or attempt to obtain any form of sexual gratification for him to execute his duties or as a reward for doing his duties that ideally should have been done with integrity, good conscience and diligence without the expectation of any unlawful benefit”.

Prof. Owasanoye said it had become quite common for teaching and non-teaching staff to demand or expect sexual gratification from their students. Likewise, senior staff members have been found to use their office to demand and at times obtain sexual benefits from their juniors, adding that the culture of silence out of fear of reprisal and stigmatization had allowed sexual harassment to thrive in some quarters but with sensitization and appropriate policy implementation, he hoped that this culture would gradually change.

He listed some of the recent achievements of the Commission in the area of prevention and prosecution of sexual harassment in the country to include training and re-training programmes for its officers in Operations, Prosecution and Public Enlightenment and Education Departments; partnership with some civil society organisations to carry out training for students, the inclusion of talks on issues around sexual harassment to students by the Public Enlightenment & Education Department, and receipt of about seventeen (17) reports relating to Sexual Harassment with two resulting in convictions via plea bargain, and system study respectively.

While giving her opening remarks, Ms. Omowunmi Ogunrotimi, Executive Director, of Gender Mobile Initiative (GMI) lamented that while the Nigerian tertiary educational institutions had become the centre point for power-driven gender-based violence and harassment, the challenge had not received the required corresponding level of attention. She suggested that the World Bank statistic report that 70% of female students experienced sexual harassment on campuses needed to be re-echoed for Nigerians to understand the urgency required in addressing the problem. According to her, the report is an affront to our shared humanity and values as individuals and as a nation.

She attributed the spate of violence to a lack of a comprehensive sexual harassment policy framework, lack of confidentiality-driven reporting channels, and poor institutional response, adding that within the precinct of the existing literature, subsequently corroborated by the expository release by Premium Times, findings indicated that less than 20 institutions of higher learning in Nigeria had anti-sexual harassment policy, while a negligible number had dedicated reporting system.

Ogunrotimi added that though the institutional demonstration of zero tolerance to Sexual harassment is measured by the ability to take a complaint seriously, sanction perpetrators, and protect victims from reprisals, this is, however,  contingent on the existence of a comprehensive policy that provides definitional clarity, stipulates grievance address mechanism, put survivors at the centre of prevention and response efforts, and most importantly, guarantees the physical and academic security of victims, survivors, and targets.

In his remarks, the Deputy President of the Senate, Senator Ovie Omo-Agege who was represented by Dr. Otive Igbuzor, commended the efforts of ICPC and Gender Mobile for taking a bold step in developing the draft sexual harassment policy, saying that such a policy was long overdue.

He noted that the National Assembly, as part of its constitutional and patriotic duty to protect the right of students to learn peacefully without any form of sexual harassment had been pushing for the “Sexual Harassment in Tertiary Education Institutions Prohibition, Prevention and Redressed Bill 2019”

“The law seeks to criminalize any act of neglect or failure by administrative heads of tertiary institutions to address complaints of sexual harassment within a specified period…it imposes a punishment of a five-year jail term for those found guilty of sexual harassment… and also made provisions to adequately punish anyone found to have leveled false allegations of harassment against lecturers and educators.’’

The Project Consultant, Prof. Ayodele Atsenuwa,described Sexual Harassment as a very serious problem that affects the right to human dignity. When sexual harassment persists, she said, it affects qualitative performance, and access to education of the child/ student in school, adding that it devalues the educational system which is a social asset for the individual and the society at large.

She stressed the need for a stand-alone policy that clarifies what stakeholders want to achieve, citing the example of the University of Lagos which has helped to resolve cases of sexual embarrassment reported in the institution.

On his part, the Minister of Education, Adamu Adamu, who was represented by the Registrar of Joint Admission and Matriculation Board (JAMB), Professor Ishaq Oloyede, commended ICPC and its partners for the laudable contribution to the education sector promising that the Ministry of Education under his watch would see to the implementation of the policy document through the provision of the enabling environment and ensuring compliance.

The Minister suggested a robust implementation strategy and wide circulation of the policies to the concerned regulatory agencies in the country, enlightenment of students on the policy document for assimilation, and inclusion of the policy among other policies to be given to all employees under the ministry. In addition, it would be published on the schools’ websites.

He also recommended that the model policy draft should be sent to each state government and ministry of education for them to have their buy-in on the policy.

Ms. Ogunrotimi of Gender Mobile revealed that the policy document is grounded in research, inclusive of diverse voices, and reflective of the experiences of targets, and victims-survivors. Therefore, she believes that when fully approved, it would not only create an enabling school environment devoid of sexual harassment but also served as a template for a broader enactment of the law that would equally eradicate the menace from our society.

For the ICPC, it remains fully committed to educating the general public on what amounts to abuse of office through sexual harassment, and how to identify it in an official environment. It will continue to investigate allegations of sexual harassment and where a prima facie case is established, prosecute offenders.

ICPC is also committed to preventing the commission of acts that constitute sexual harassment by advising the public on safeguards that could be put in place in organisations to reduce opportunities for persons to sexually harass other people. One such safeguard, as emphasised by Prof. Owasanoye, is for every organisation, including educational institutions to have its own stand-alone sexual harassment policy.

Femi L. Gold is a Chief Superintendent with the the Independent Corrupt Practices and Other Related Offences Commission (ICPC), Abuja