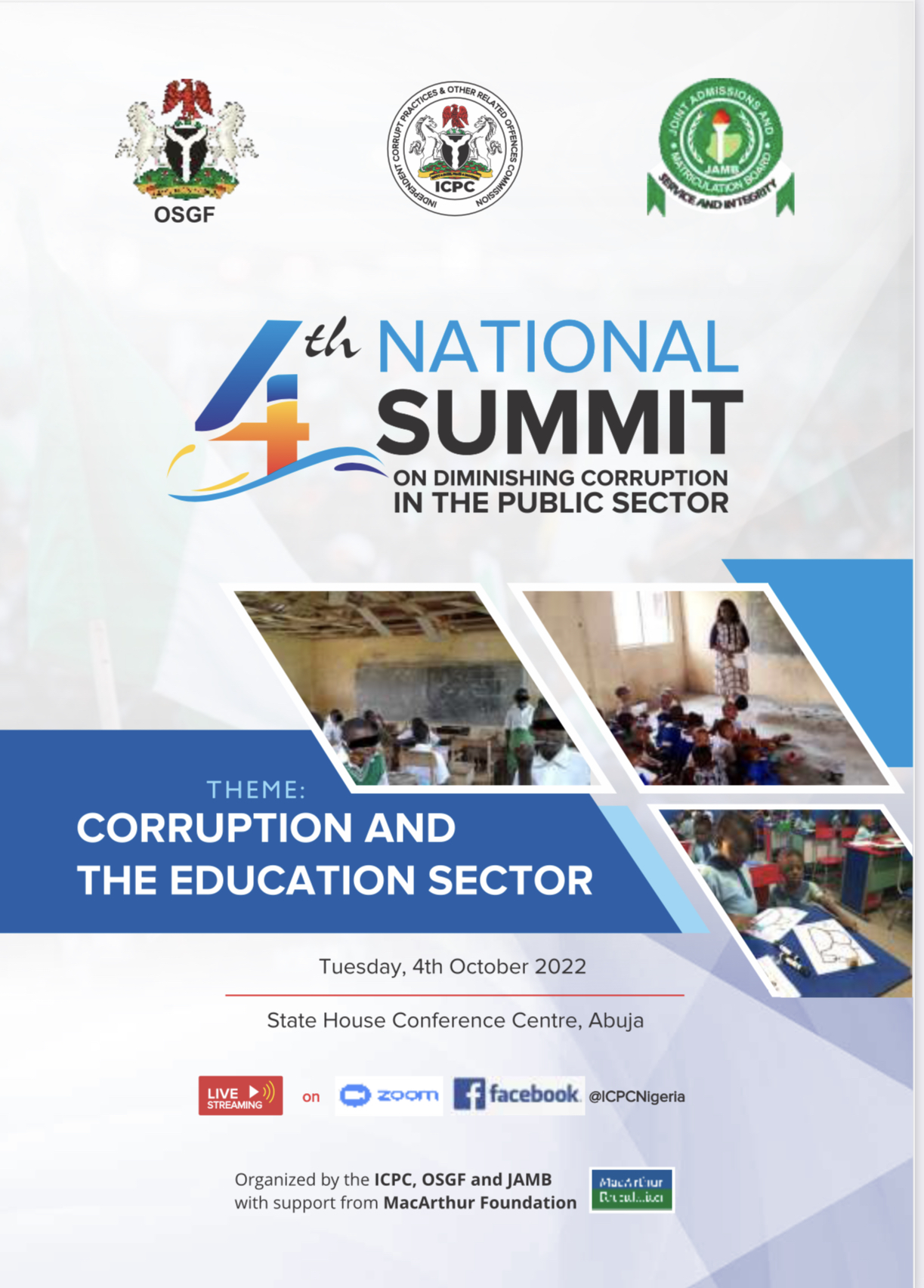 ICPC convokes 4th National Summit on Diminishing Corruption in the Public Sector with the theme : Corruption and the Education Sector

The Independent Corrupt Practices and Other Related Offences Commission (ICPC), in collaboration with the Office of the Secretary to the Government of the Federation (OSGF) and the Joint Admissions and Matriculation Board (JAMB) is set to organize the 4th National Summit on Diminishing Corruption in the Public Sector on Tuesday, the 4th of October 2022, at the State House Conference Centre, Abuja.

The Summit, which is an annual conference organized as an avenue to review government’s efforts in the fight against corruption in the public sector, and to recognize and reward public servants who have exhibited exceptional acts of integrity, will be declared open by President Muhammadu Buhari, who will also recognize the 2022 Public Service Integrity Awardee.

A goodwill message will be presented by the Hon. Minister of Education, Mallam Adamu Adamu at the opening ceremony of the event. Also, a keynote address will be delivered on the theme of the Summit by Prof. Attahiru Jega, former Vice Chancellor, Bayero University, Kano, and former Chairman of the Independent National Electoral Commission (INEC).

Participants at the Summit will be drawn from the Education Ministries, Departments, and Agencies from the 36 states and the FCT, federal and states anti-corruption agencies, civil society partners in the Education sector, and institutions of learning.

The one-day Summit, which will also be streamed live via Zoom and Facebook @ICPCNigeria, is expected to come up with an outcome/policy document with suggestions and recommendations for addressing issues in the Education sector, which will be forwarded to the Presidency and relevant stakeholders for implementation.

The general public is invited to watch the opening ceremony live on NTA Network and listen to the live broadcast on FRCN.