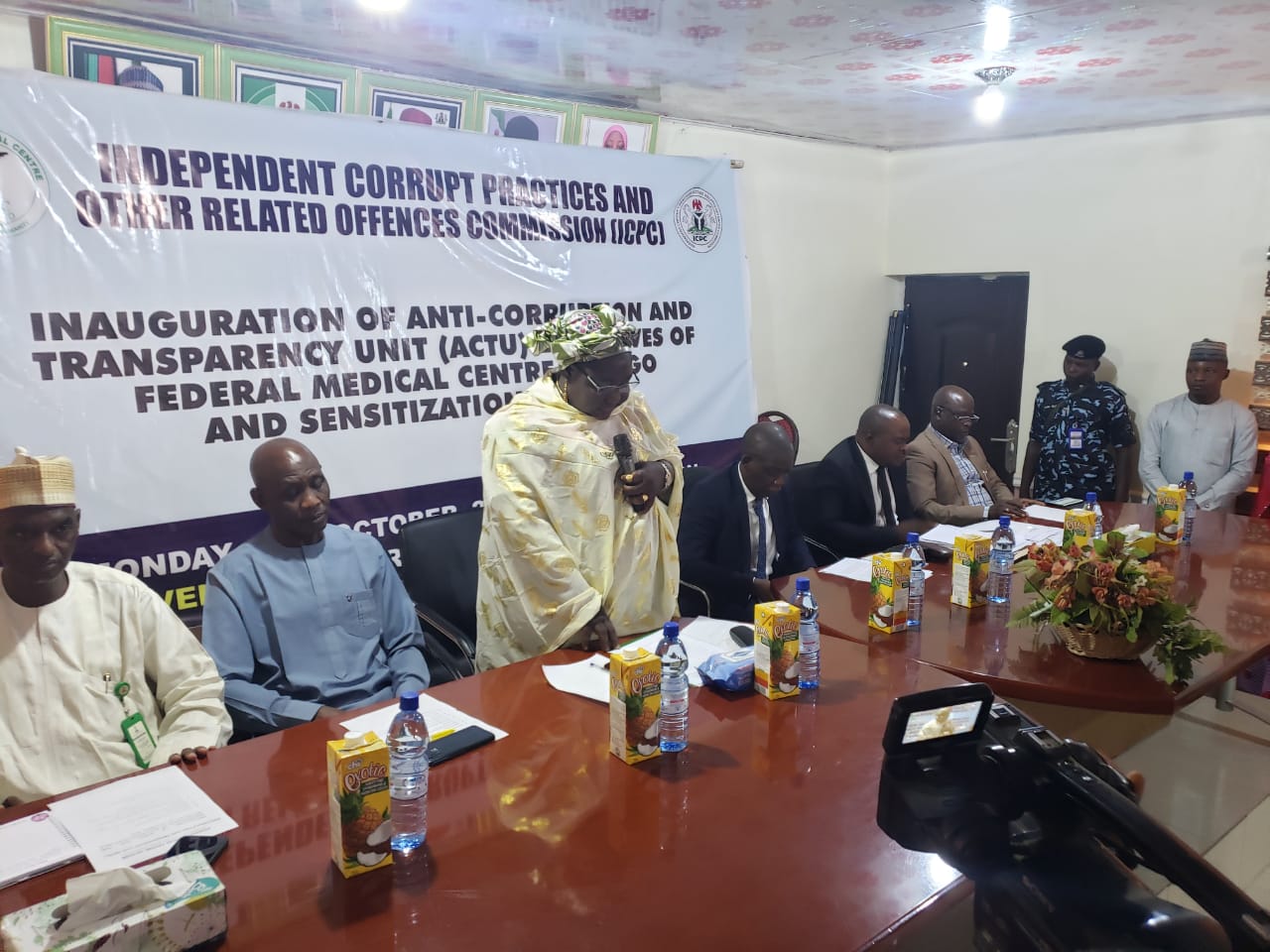 The ICPC Adamawa State Resident Anti-Corruption Commissioner (RACC), Mr. George Lawal, who read the Hon. Chairman’s goodwill message, commended the management and staff of the institution for making the inauguration and induction of ACTU in the institution possible.

According to the Commissioner, the ACTU was an initiative of the Commission and approved by the Federal Government to serve as an in-house mechanism for corruption prevention within Ministries, Departments and Agencies (MDAs).

The Chief Medical Director of the Federal Medical Centre, Mrs. Aisha Shehu Adamu thanked the ICPC for establishing ACTU in their hospital and urged the ACTU members that were to be inaugurated to strive hard to carry all their responsibilities as stipulated by the section 7(1) and section 70 of the ICPC Act, 2000, so as to ensure that corruption is prevented in FMC Jalingo.

According to her, the management on its part will always support ACTU to enable them carry out their assigned assignment and pledged the corporation of the management to unite members and support for their activities.

In his acceptance speech, the Chairman of the newly reconstituted ACTU, Dr. Adamu Kara said the ACTU of the Institution was equal to the task and promised to take their work very serious. Six (6) of the ACTU-executives were reconstituted.

The occasion was round-up with the administering of Oath of Allegiance and presentation of IEC materials to the Chief Medical Director of the hospital.

The programme was attended by about one hundred and twenty senior management Staff of the institution.