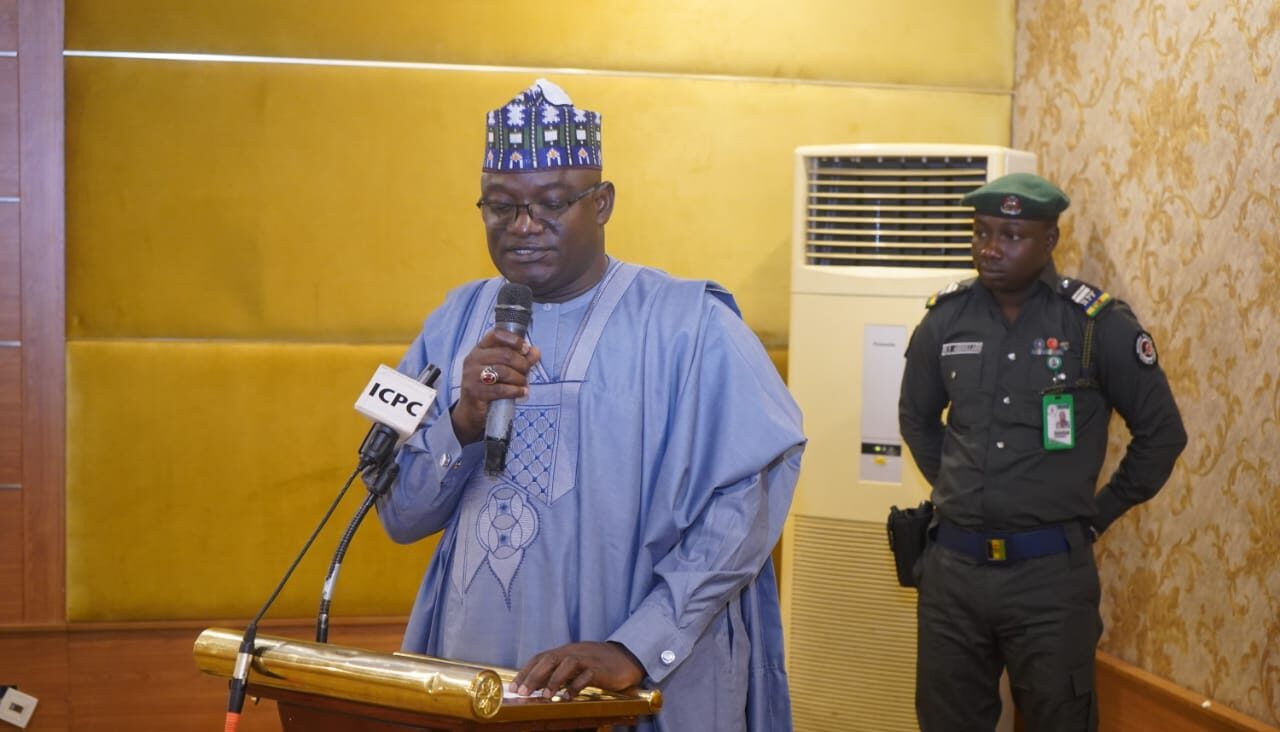 The  Chairman of the Independent Corrupt Practices and Other Related Offences Commission (ICPC), Prof. Bolaji Owasanoye, SAN, OFR, has emphasised the importance of norms and behavioural change approach in the fight against corruption at work places.

Prof. Owasanoye, who was represented by a board member of  the Commission, Yahaya Dauda Umar, at a 2-day event tagged “Training of Trainers from Anti-Corruption Agencies (ACAs) on Norm and Behaviour Change Approaches in Fighting Corruption”, organized by the Anti-Corruption Academy of Nigeria (ACAN), the training and research arm of ICPC, identified training as a means of guiding and assisting public officers on how to implement their anti-corruption work.

He disclosed that ACAN had earlier executed three projects with support from MacArthur Foundation, in fulfillment of the Academy’s Anti-Corruption training on Social Norms and Behavioral change.

Speaking earlier in his welcome remarks, the ACAN Provost, Prof. Olatunde Babawale, who was represented by the Director of the Academy, Mr. Okechukwu Igbudu, explained that the training was designed to support staff of ACAs to understand how social norms are a double-edged sword that can either enhance or prevent corruption.

Mr. Igbudu added that it was also intended to equip them with the necessary skills to apply the social norms and behavior change approach in the fight against corruption.

Also speaking at the event, the Country Director of the MacArthur Foundation, Dr. Kole Shettima, stressed the need to contribute to the fight against corruption using four approaches, with behavioral change being one of the elements involved. These approaches, he added, “are supporting four different institutions/inititatives including Investigative Journalism for newspapers, radio and television; the Criminal Justice System, Civil Society Organizations, and ACAs like the ICPC”.

Dr. Shettima recalled that the Foundation had charged religious institutions to enlighten their followers on morals and good behaviour, saying it had equally challenged the movie industry to be more deliberate about the content they produce as whatever is portrayed contributes to shaping the behaviours of their audience.

The opening session was followed by a brief by the Project coordinator, Prof. Sola Akinrinade, on the objectives of the training and the outline of the sessions which include presentations and teaching practice sessions.

The event featured goodwill messages from the Director General of the Nigerian Institute of Social and Economic Research (NISER), Prof. Antonia Simbine, and the Executive Director of the Civil Society Society Legislative and Advocacy Centre (CISLAC), Auwal Rafsanjani.