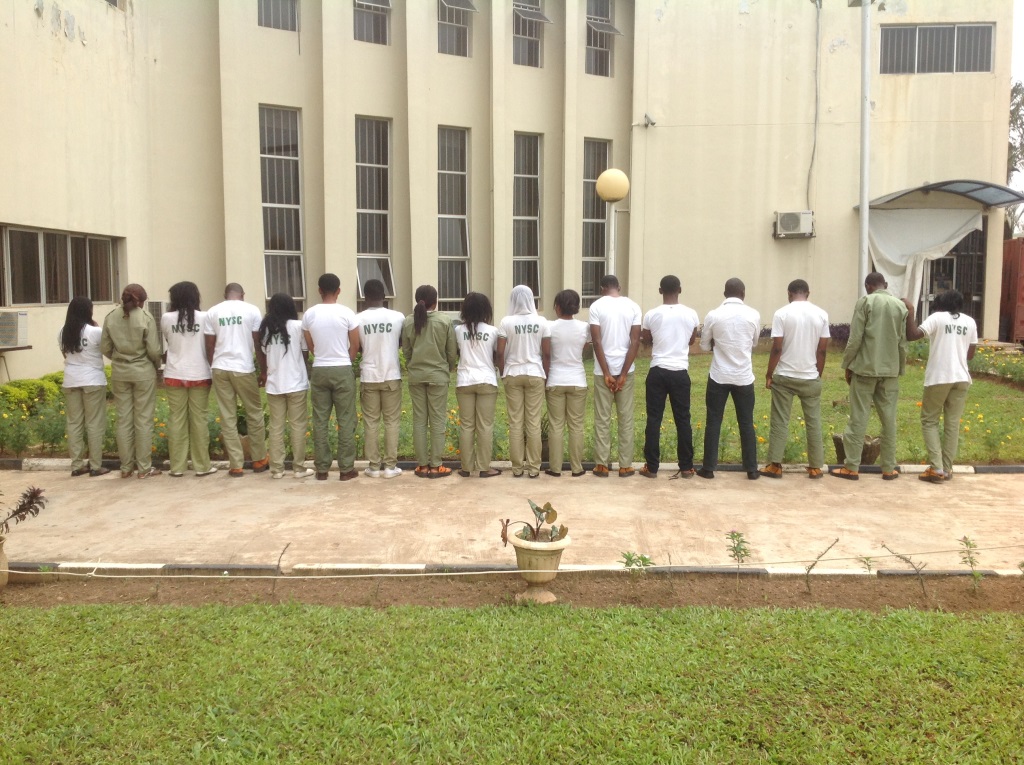 The Independent Corrupt Practices and Other Related Offences Commission (ICPC) has arrested seventeen fake Youth Corp Members at the NYSC Orientation Camp at Kubwa, Abuja on Thursday evening while they were posing and taking pictures outside the camp during the passing-out ceremonies.

ICPC operatives stormed the NYSC Orientation Camp at Kubwa based on intelligence reports and effected the arrest of the suspects made up of eight females and nine males.

Preliminary investigation revealed that fifteen of the fake Corpers claimed to have enrolled in degree courses run by Consultancy Services in the following institutions: University of Calabar (6), University of Jos (6), Ebonyi State University (1), Federal University of Technology, Owerri (1) and Crown Polytechnic Ado-Ekiti (1).

One of the other two fake corpers never attended any university but said she was desirous of getting a Discharge Certificate. The other, a young man, impersonated his sister, a genuine Corp Member currently receiving medical treatment abroad, in order to collect her Discharge Certificate.

The ICPC Chairman, Mr. Ekpo Nta, has at various public fora warned parents, guardians and young students seeking admission into Universities and other tertiary institutions to ensure that their proposed courses are approved by the Nigerian Universities Commission (NUC) and other Regulatory bodies.

This brings to twenty-six the total the number of fake Corpers arrested by ICPC as nine others were arrested in May 2013. Similarly, the Department of State Security had on September 19, 2013 paraded a fake NYSC syndicate in Abuja.

The Commission hereby warns employers, parents and guardians to cross-check with the NYSC if they are suspicious of any person submitting call-up letters, posting letters, Discharge and Exemption Certificates.

ICPC will continue to clampdown on products of corruption-prone processes in the tertiary education sector and advises young persons that unethical behaviour can result in national service in penal institutions and prisons.