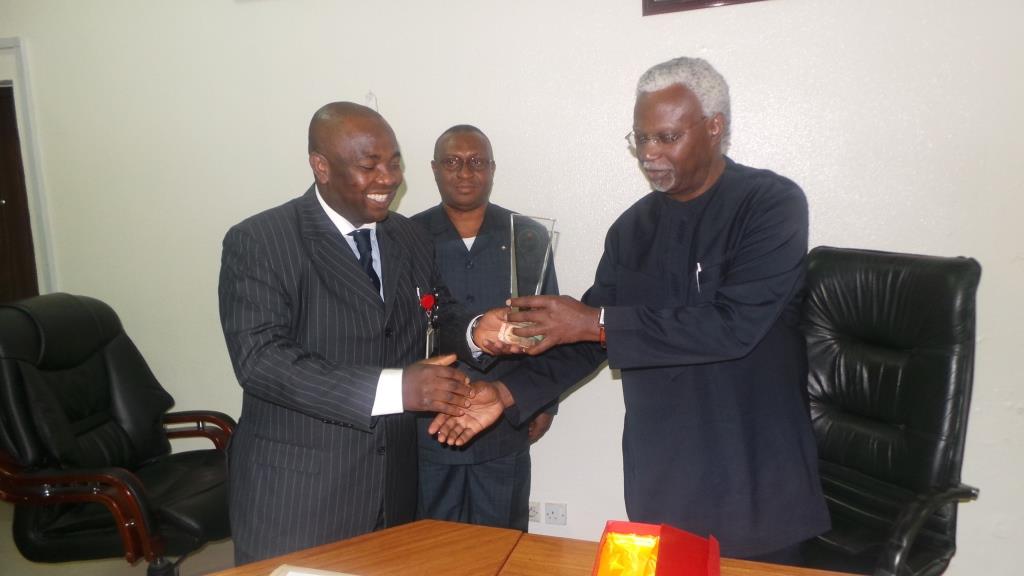 He disclosed this when the Acting Chairman of the Fiscal Responsibility Commission (FRC), Barrister Victor Muruako, paid a courtesy visit to the headquarters of the Independent Corrupt Practices and Other Related Offences Commission (ICPC) in Abuja recently.

Barrister Muruako and his team who were received at the Commission’s boardroom by the ICPC Chairman, Mr. Ekpo Nta, Honourable Members, Secretary and Management staff stated that they were at the Commission as part of their efforts in the new drive of the FRC to reach out to sister organizations and other inter-governmental agencies that they believe are stake holders in the affairs of their Commission.

According to him, the ICPC is interested in a regime of fiscal prudence and management of the nation’s resources, and that for this reason they believe that the ICPC is a stakeholder in the affairs of fiscal responsibility management. He further stated that because of the sensitive nature of the responsibilities under the Fiscal Responsibility Act 2007, the intenders of the Act did not want to restrict it only to the FRC, but made it clear that every Nigerian as an interested party can invoke the provisions of this Act.

“Before the coming of the FRC in 2008, there was a lot of confusion as to the proper rules and regulations in the management of government finances. But with the Act and the coming into force of the FRC, there are sets of rules and standards which are in conformity with international standards and practices in developing the economy” he said. Adding that they want to ensure that those rules are conformed with in the management of public finances.

He further stressed that they are looking forward to the issue of fiscal prudence and macro-economic stability of the nation not ending at the federal level, but that it also extends to other tiers of governance, particularly the states and local governments. Stating that at the other tiers of government, the gospel of fiscal prudence needs to go down to the grassroots.

While thanking the ICPC for their effort to curb corruption, he said the FRC can do a lot better with the corporation of the Commission and other stake holders, saying that they know the Commission will be willing to partner with them.

Mr. Ekpo Nta while welcoming the management team, said that the ICPC has always had a robust relationship with the FRC, noting that part of what was presented to show that Nigeria was interested in the anti-corruption war in one of the UNODC meetings on corruption, was the setting up of the Fiscal Responsibility Commission. He further stated that Nigeria has actually gone ahead of quite a number of countries in the world, and that in Africa we are one of the leading countries in terms of anti-corruption legislation.

He also said that no matter what fiscal responsibilities the Commission carries out, more attention should be paid to the relationship between the private businesses and the public sector because Nigeria is judged alongside other countries of the world based on this, urging them to look at areas where there are major problems.

“We will welcome at any given time areas that you think we need to collaborate and we will also look at your strong areas if we need your assistance, we will also get involved and invite your assistance in such areas” the Chairman said. The ICPC, he added is not the exclusive custodian of knowledge in the anti-corruption fight.

He said that ICPC normally encourages agencies like the FRC, who in the process of carrying out their statutory functions discover certain processes which can improve on the fiscal responsibilities of MDAs, to invite the Commission to help with the enforcement aspect in areas where they have tried and it’s not working.

In conclusion, he said “we must be honest in executing what we need to do” adding that “most agencies tend to go to press and garnish what they know might not be exactly true, but is what people want to hear”. Achieving our mandate, he stated, is for the good of Nigeria and for everybody.