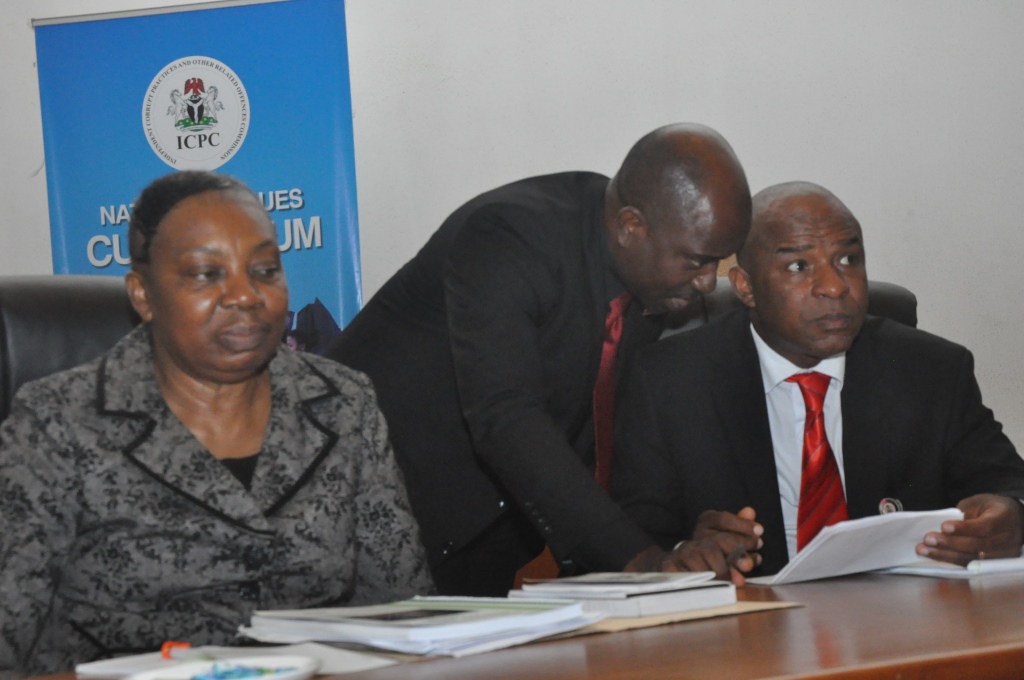 A 3-day workshop has been organised for staff of the Independent Corrupt Practices and Other Related Offences Commission (ICPC) to expose them to the provisions of the newly-enacted Administration of Criminal Justice Act 2015.

The workshop was organised by the Legal Department of ICPC and was held at the headquarters of the Commission in Abuja.

In his opening remarks at the occasion, Honorable Member of the Commission, Alh. Abdulahi Bako, commended the Prosecution Department for organising the workshop.

He said the workshop was aimed at enlightening staff of ICPC on the provisions of the new law, particularly investigators and lawyers who needed to know more about how the Act could assist in the prosecution of corruption cases.

He noted that at the drafting stage of the Administration of Criminal Justice Bill 2015, lawyers in ICPC had contributed by making observations and recommendations.

Honourable Bako also mentioned that apart from lawyers, investigators in the Commission, who work in collaboration with lawyers to prosecute corruption cases in court, needed to be knowledgeable about the provisions of the Act. According to him, this would ensure that their cases were not struck out in court on technical grounds.

He however said the law was applicable in only Federal High courts including courts in the Federal Capital Territory (FCT), adding that, attorneys-general at the state level were looking into the possibility of adopting it.

In his welcome address, the Head of Prosecution Department of ICPC, Mr. Okey Igbudu commended the Management Board of ICPC for its drive in the capacity building of staff to make them efficient in the anti-corruption campaign in Nigeria.

The first session titled “Jurisdiction/Application of Provisions of the Administration of Criminal Justice Act 2015 to State High Courts was delivered by Mr. Amedu J. Sule of the Prosecution Department.

Mr. Amedu started by informing the audience that his paper was an attempt to convince participants at the workshop of the fact that the newly enacted criminal law should also be applicable in state high courts rather than being restricted to federal high courts. He also spoke on the evolution of criminal laws and codes in Nigeria, starting from pre-independence, post-independence and present day laws.

The second session was by Mr. Elijah Akaakohol also of the Prosecution Department of ICPC. His presentation was titled “Trial Proceedings under the Administration of Criminal Justice Act, 2015: Innovative Provision to Ensure Speedy Trials”.

Mr. Akaakohol explained that the newly-enacted Criminal Justice Act 2015 provides for victims compensation in a criminal procedure unlike in the past, where such provisions were not made compulsory by law.

He explained in practical steps the types of statements acceptable in court proceedings under the new Act, so as to serve as a guide to prosecutors and investigators.