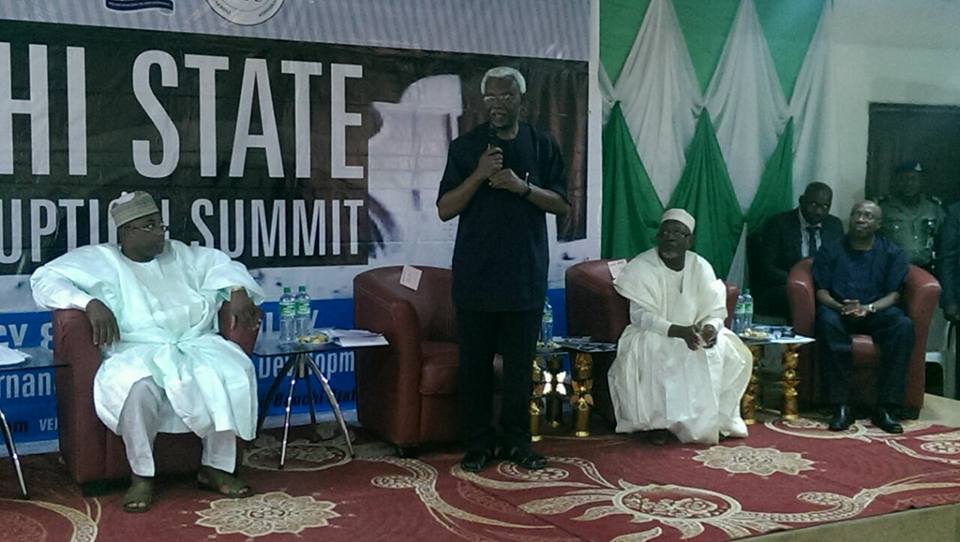 The Chairman of the Independent Corrupt Practices and Other Related Offences Commission (ICPC), Mr. Ekpo Nta, has called on the government and people of Bauchi State to join hands with the Federal Government in the fight against corruption.

The ICPC Chairman revealed that ICPC was prepared to assist Bauchi State, and other states of the federation to eliminate corruption by providing them with technical assistance to carry out System Study and Review of their systems, practices and procedures.

He added that System Study and Review has the capacity of strengthening institutions, a prerequisite for sustainable development, good governance and the rule of law.

Chairman of the summit, Hon. Akinloye Babajide, who is also the Chairman, House Committee on Anti-Corruption represented by Hon. Benjamin I. Wayo, in a goodwill message stated that if corruption was fought to a standstill, Nigeria would overcome most of the problems being experienced in the country.

Hon. Babajide also appealed to all and sundry to join in the fight against corruption saying that “ It must be fought together, it is not an individualistic battle, it must be fought by the politicians, governments at all levels, the rich, the poor, the healthy and the sick.”

Earlier in his opening remarks, the Executive Governor of Bauchi State, Alh. M.A Abubakar, commended ICPC for organizing the summit in order to help stem corruption and its accompanying effects in the state.

Governor Abubakar, while calling for a total attitudinal change, noted that a positive attitude was fundamental to the success in the fight against corruption in Bauchi State and Nigeria. “We must change the old ways of doing things in this country, and business must not be allowed to go on as usual”, he said.

The governor also called on all the people of Bauchi State to join in the fight against corruption.

The high point of the summit was the flagging off of the Anti-Corruption Campaign with the slogan “I Support the Fight against Corruption in Bauchi State” by the ICPC Chairman.