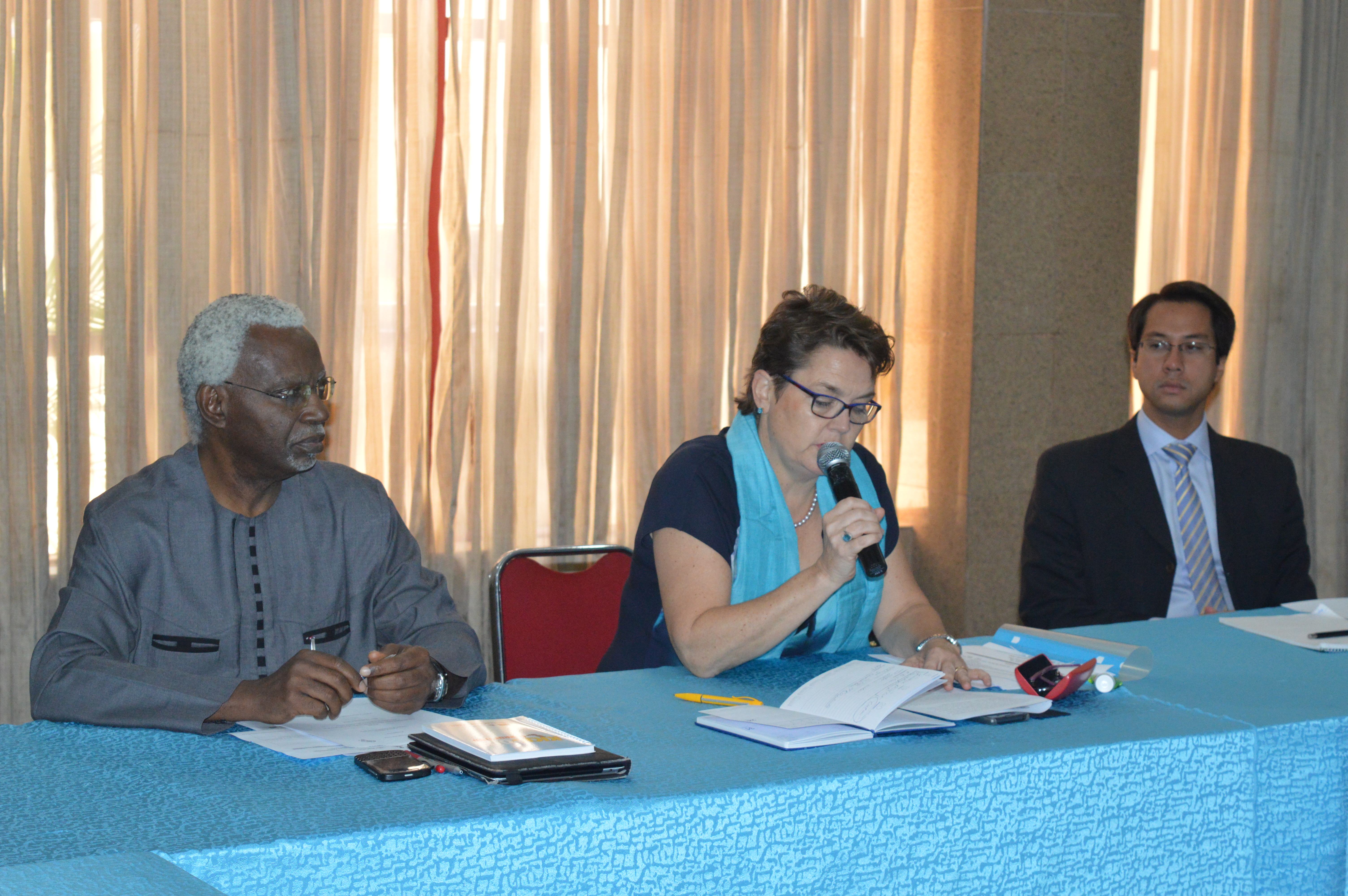 The Chairman, Independent Corrupt Practices and Other Related Offences Commission (ICPC), Mr. Ekpo Nta, has charged stakeholders operating e-Governance platforms such as the Integrated Personnel Payroll and Information System (IPPIS) and the Government Integrated Financial Management Information system (GIFMIS) to draw-up integrity plans that will improve the safety and security of the platforms in Nigeria.

Mr. Nta made this charge at the Stakeholders’ Meeting on Corruption Risk Assessment (CRA) of Nigeria’s e-Governance System organized by ICPC for organisations such as Central Bank of Nigeria (CBN); Nigeria Customs Service (NCS); Office of the Head of Service of the Federation; Office of the Accountant General of the Federation (OAGF) among other government establishments; selected commercial banks; and Galaxy Backbone, an information technology company.

The meeting was organised in collaboration with other anti-corruption stakeholders with support from European Union (EU) and United Nations Office on Drugs and Crime (UNODC).

He added that with the change from manual to e-payment platforms initiated by the Federal Government there was a great expectation for the reduction of corruption in payment systems in Nigeria.

He announced that pursuant to the Federal Government’s effort to entrench transparency and accountability in governance, the CRA in e-governance would be conducted by ICPC and other stakeholders to enhance the efficiency of the nation’s public expenditure systems. Mr. Nta solicited the support of other anti-corruption agencies to achieve success in carrying out the risk assessment of the electronic platforms of government such as the Treasury Single Account (TSA), GIFMIS and IPPIS.

In her presentation at the meeting, the ICPC Spokesperson, Mrs. R.A. Okoduwa, mni highlighted some of the loopholes discovered by the Commission when it conducted CRA exercise in Ports and Aviation sectors.

Regarding some weaknesses discovered by ICPC in Ports sector, Mrs. Okoduwa explained that the Commission had developed and recommended a Standard Operating Procedures (SOPs) document which was launched by the Vice President, Prof. Yemi Osinbajo in June 2016. This, she added, would lead to the reduction of corruption in that sector.

Okoduwa also said that the Commission discovered the absence of a Code of Conduct, any internal control mechanisms and ineffective complaints handling system. As a result, a Code of Conduct and an e-Portal system were developed to mitigate corruption in the operating procedures of the sector.

She solicited commitment of stakeholders for stronger synergy to achieve a common goal of corruption prevention in government financial systems.

In her remarks, the UNODC representative in Nigeria, Cristina Albertin, commended ICPC’s effort in ensuring that corruption is prevented in systems of governance in Nigeria.

In her words: “Corruption Risk Assessments are formidable prevention anti-corruption tools, because their results provide invaluable information useful for the development and implementation of policies and measures targeted at reducing opportunities for corrupt activities. “