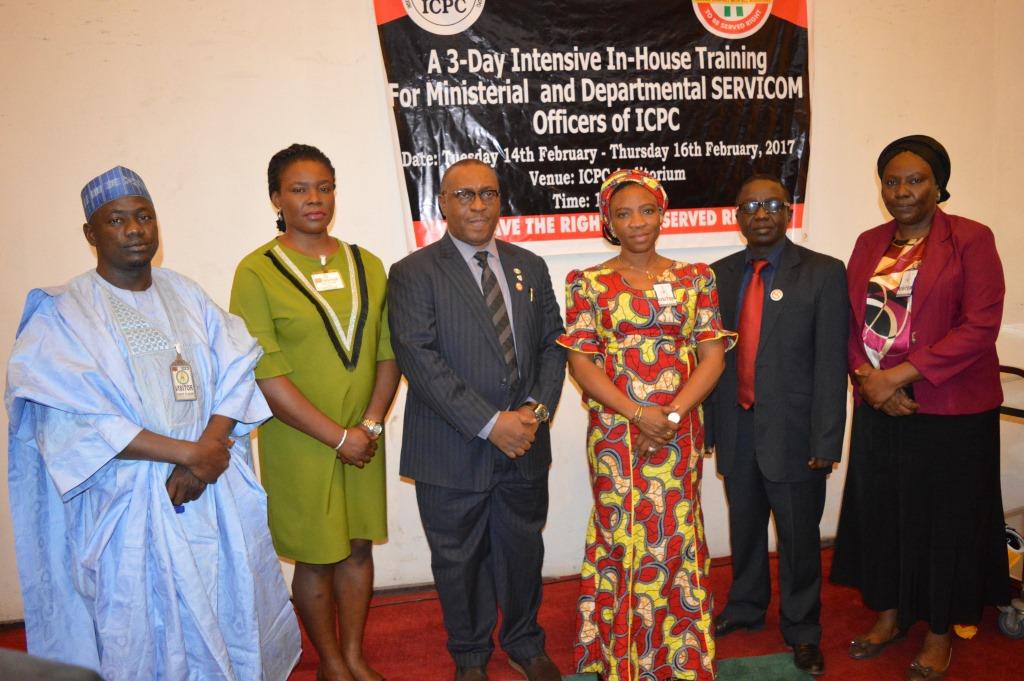 No fewer than 15 officers of the Independent Corrupt Practices and Other Related Offences Commission (ICPC), have begun a 3-Day intensive in-house training for Ministerial and Departmental SERVICOM officers at the Commission’s headquarters in Abuja.

Mr. Nta also said he believed that SERVICOM would have little or no work to do in ICPC because the organizational structure of the Commission was already in line with the requirements of SERVICOM, adding that ICPC was 100 percent SERVICOM- compliant in terms of dedication, teamwork, integrity and commitment to duty.

The ICPC boss further called for a change of orientation by all staff to present reality, alluding to the fact that the present administration required service delivery for national development.

At the end of the opening ceremony, the Commission’s Chairman was decorated with a SERVICOM badge by the Acting. National Coordinator of SERVICOM Mrs. Nnenna Akajemeli.

Speaking at the occasion, Mrs. Akajemeli, attributed the growing trend of corruption to lack of service delivery.
She added that, if every unit and department would truly serve and do the right thing, nobody would bribe for services.

She thanked the management of ICPC for organizing the programme, describing it as apt and consistent with the change mantra of the present administration.

The National Coordinator also lauded the SERVICOM unit of ICPC and charged them to be exemplary in service delivery in the Commission. She urged the participants to put into practice what they would learn, and also be better agents of change in order to rid the nation of corruption.