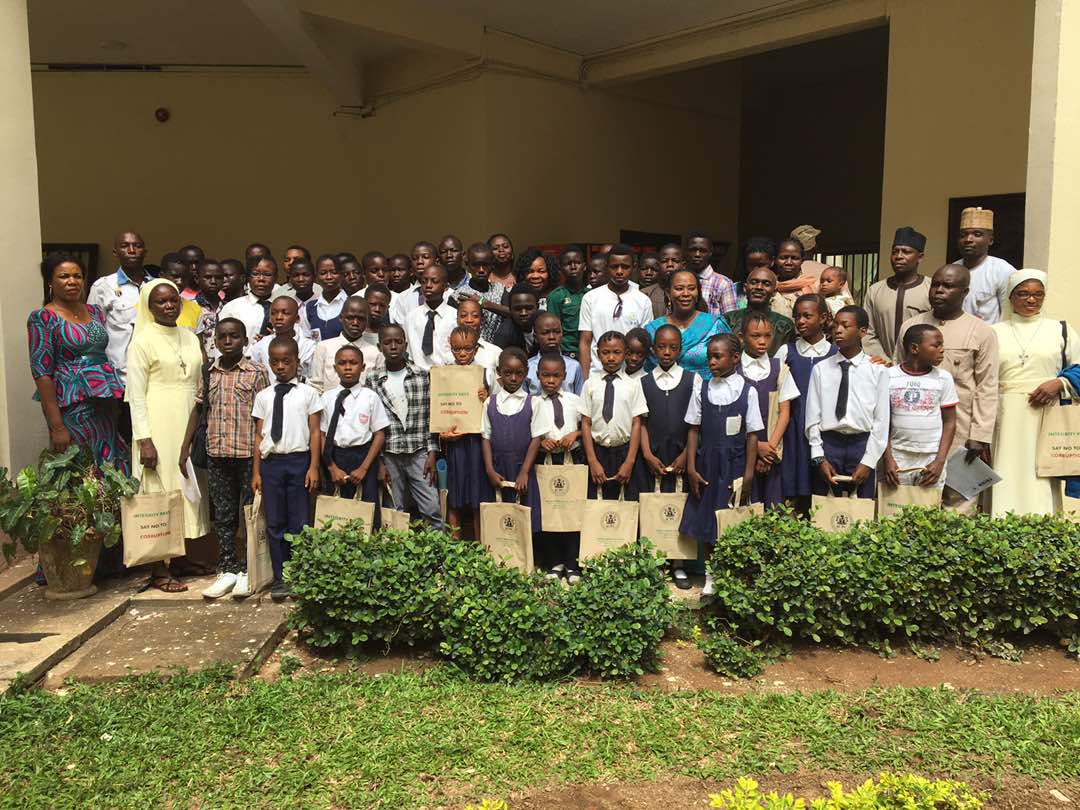 ICPC tasks Students of Catholic, IDP Schools to stand up against Corruption

Pupils and students of two schools in Abuja; Praxis Catholic E-School and the Special School for Internally-Displaced Persons (IDPs) and Vulnerable Children, have been charged to stand up against corruption and uphold the virtue of integrity.

The charge was given by the Chairman, Independent Corrupt Practices and Other Related Offences Commission (ICPC), Mr. Ekpo Nta, to the students who were on an excursion to ICPC to learn more about the Commission and the fight against corruption.

Mr. Nta, who was represented by the Head of International Cooperation Unit, Mr. Demola Bakare, at a reception held for the students, advised them to eschew examination malpractices and other forms of corruption in order to realise their dreams of a great future.

He described the youth as major stakeholders in the anti-corruption campaign and said he wished to provoke their consciousness against corruption as many youth have been denied a good education because of the scourge.

The ICPC Chairman added that if they could imbibe good moral values from the home, school and the society at large, there would be hope for a greater Nigeria.

The students were also treated to a PowerPoint presentation on the Commission and its core functions by the Acting Head of the Education Department, Mrs. Azuka Ogugua. She explained the work of ICPC to include investigating and prosecuting corrupt persons; introducing measures to prevent corruption; and mobilising the people to join in the campaign.

Mrs. Ogugua urged the Management of the schools to declare their premises “corruption-free zones” by setting up anti-corruption clubs (ACC) as a preventive measure.

‘’Corruption is a dream-killer and an evil that deprives citizens of good social welfare they deserve from the government’’, she concluded.

In his address, the Proprietor of the Schools, Mr. Ben Onwudinjo, commended ICPC for working hard towards achieving its mandate of fighting corruption, thereby promoting national security, and pledged the support of the schools to the Commission’s efforts.

The Praxis Catholic E-School and Special School for Internally-Displaced Persons and Vulnerable Children, Abuja are private institutions run on Catholic principles and non-religious principles respectively under the same management.